Diagnosis. Capobula gen. nov. can be recognized from all other trachelid genera except Orthobula by the combination of a large number of paired ventral spines on the anterior tibiae, metatarsi and tarsi, the absence of ventral cusps in both sexes, the deep pits on the carapace, and the presence of a large ventral sclerite on the abdomen of males. Although Spinotrachelas Haddad, 2006 and Poachelas also have heavily spined anterior legs, both have ventral cusps on the anterior legs, lack carapace pits, and lack a ventral abdominal scutum ( Haddad 2006; Haddad & Lyle 2008). Female Capobula gen. nov. can be recognized by the laterally positioned, teardrop-shaped primary spermathecae that are in the same transverse plane as the copulatory openings, while in Orthobula the spermathecae are oval and positioned posteriorly, close to the midline of the epigyne, and far from the anteriorly positioned copulatory openings (e.g. Marusik et al. 2013: figs 19–22). Further, Capobula gen. nov. lack pits along the midline of the carapace ( Figs 3–11 View FIGURES 3–10 View FIGURES 11–19 ), which are present in Orthobula (e.g. Marusik et al. 2013: figs 1, 4; Ramírez 2014: fig. 6A). Capobula gen. nov. can be separated from Orthobula by the male palpal tegulum being pear-shaped and approximately as broad as the cymbium, and the embolus with a broad base, clear bend near its midpoint, and tip directed retrodistally (e.g. Fig. 52 View FIGURES 47–53 ). In Orthobula the tegulum is subtriangular and strongly swollen basally towards the prolateral side, and the embolus usually straight, narrow, finely coiled and directed distally (e.g. Marusik et al. 2013: figs 11–16).

Etymology. The genus name is a combination of Cape, referring to the Western and Eastern Cape Provinces of South Africa from where the majority of the species have been recorded, and Orthobula , to which it is closely related. Gender is feminine.

Distribution. Only known from South Africa and the enclave of Lesotho. 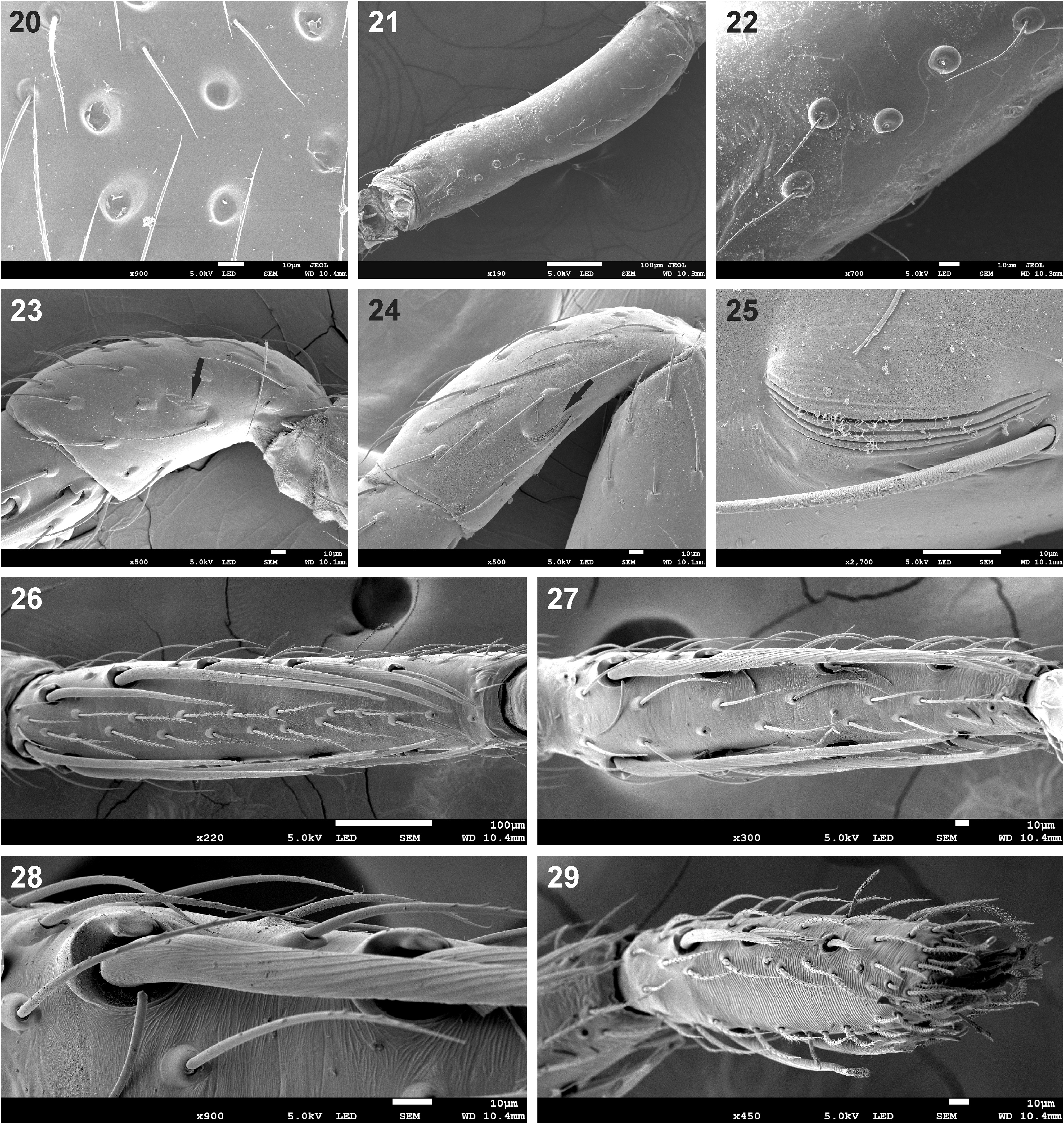 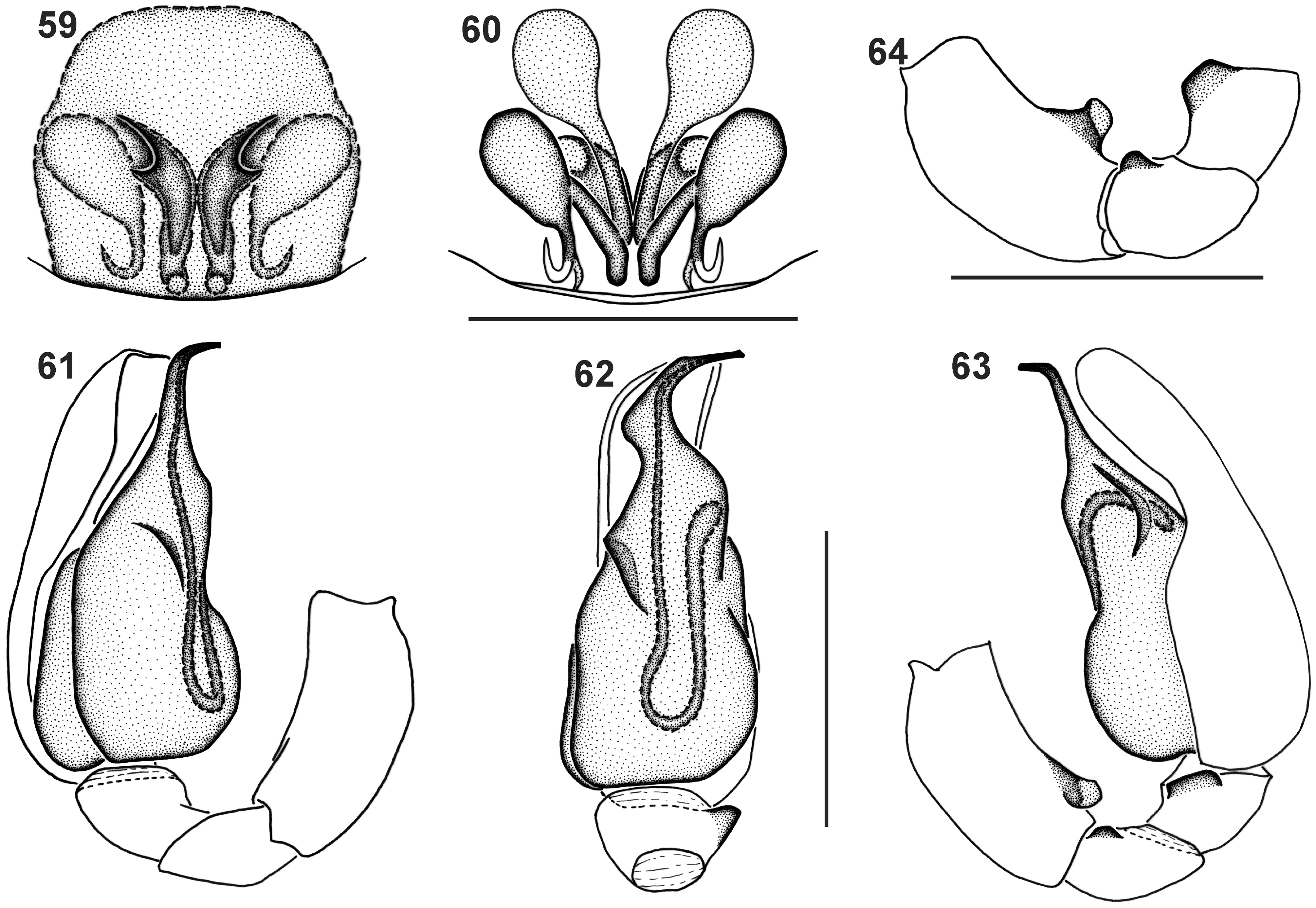