Lateral bulges of sternum V (7B, F) round. Ventral process developed on segment VII in male (7B) and segment VI of female (7F).

Habitat and biology. The larvae of this species also live in springs, spring brooks and seepage areas of forested mountain streams and exclusively associated with moss and liverwort.

(1) Population. A high population was observed at Maul Spring, Powdermill Nature Reserve of the Carnegie Museum of Pittsburgh, near the town of Rector, Westmoreland County ( Weaver 1974). The origin (eucrenon) of Maul Spring is a sandy-bottom pool (about 12 m in diameter). Adults were collected from April to November, 1974, inclusively. The water temperature of the spring is relatively constant, ranging from 8°C in the winter to 10°C in the summer. This mild temperature regime supported an abundant growth of aquatic bryophytes which consequently supported aquatic herbivores, including P. celsus Ross   and Adicrophleps hitchcocki Flint   ( Brachycentridae   ).

Three benthic samples were collected each month from January to August of 1974, inclusively, in the riffle area of the springbrook (hypocrenon, about 12 m wide) just below the source of the spring, using a Modified Hess sampler ( Merritt et al. 2008, fig 3.6). The number and density of P. celsus   larvae collected each month are depicted in the followings: January (65 larvae collected, larval density 233.2/ m 2), February (24 larvae, 86.1/ m 2), March (27 larvae, 96.9/ m 2), April (23 larvae, 82.5/ m 2), May (4 larvae, 14.4/ m 2), June (6 larvae, 21.5/ m 2), July (4 larvae, 14.4/ m 2), August (35 larvae, 125.6/ m 2). The number and density of larvae were highest in January, lower in February, March and April, lowest in May, June and July, and then increased in August. The decline in numbers and density between January and February correlated with the phenology of the dominate aquatic liverwort in the springbrook, tentatively identified as Chiloscyphus pallescens (Ehrh. Ex Hoffm.) Dum. JSW   observed that the liverwort was abundant and green in January, but in February less abundant and its leaves and stems had turned brown, including that sporulation had occurred.

(2) Living Larvae. While examining live larvae under the microscope, JSW observed that the lateral processes of abdominal segments I–VIII do not resemble truncated fleshly tubercles of dead specimens as described by Flint (1962), but are actually much larger, membranous spheres. JSW also observed when a larva was prodded, to force it to exit its case, that the individual would sometimes turn 180° while staying completely inside its case. Then its head and thorax would emerge from the other end of its case and the larva would proceed to craw away in the opposite direction (in respect to its previous position). The larva had the ability to use either end of its case as an opening for its head and thoracic legs, and the two ends of the case seemed to be rather similar in structure and function, similar in these ways to the larval behavior and case structure of distantly related Glossosoma spp.   ( Glossosomatidae   ) and Setodes spp.   ( Leptoceridae   ) (Wiggins 1996). Could it be that the “anterior” and “posterior” ends of the larval case are only relative to the current orientation of the occupant?

(3) Habitat of larvae. At Maul Spring there were massive amounts of aquatic mosses and leafy liverworts attached to rocks in the brook. In the winter the greenery of the springbrook made a striking contrast to the surrounding brown dead leaves and white snow. The aquatic mosses dominated in the higher areas of the rocks that were often exposed above the surface of the water and the leafy liverworts were more common in the lower areas that were usually submerged and covered by water; the larvae of P. celsus   were usually found among the liverworts. JSW hypothesizes that the mosses flourished on the tops of the stones because they were well protected from erosional forces and ice accumulations that were minimized at Maul Spring, allowing them to flourish on the tops of the rocks. The leafy liverworts on the other hand, appeared to be more opportunistic in occupying lower areas where the mosses could not maintain their dominance. At other locations, this might explain why the larvae occur in marginal lotic erosional areas, sprawling above the water where the leafy liverworts can flourish. Perhaps the adaptation of lateral abdominal spheres of the abdomen of Palaeagapetus   evolved so that the larvae could become better sprawlers - a mode of locomotion well suited to marginal lotic microhabitats.

Remarks. The male of this species is distinguished by the branched lateral appendages of segment IX from other congeneric species. On the other hand, the female, pupa, final instar larva and case are very similar to those of other congeneric species including the other Nearctic species, P. nearcticus   ( Ulmer 1912; Ross 1938; Ito & Hattori 1986; Botosaneanu & Levanidova 1987; Ito 1991a, 1991b, 2010; Ito et al. 1997; Ito & Vshivkova 1999).

The liverwort used for food and case materials was tentatively identified as Scapania nemorosa   (L.) Dum. The life cycle of this species has also been studied ( Flint 1962).

The new material from Newfoundland represents a new record of P. celsus   from that Canadian province and the northernmost record for the species. In addition, students of JCM have studied a population of this species in South Carolina (Oconee County, unnamed tributary of Wash Branch, 16 km NW of Walhalla, 34.9144°N, 083.1071°W, 664 m). JCM confirmed the identity of these students’ specimens, but no voucher specimens are in the Clemson University Arthropod Collection. We have been unable to find specimens of the species at this locality in recent years, suggesting that this southernmost population may no longer exist, possibly as a result of climate change as the ranges of cool-adapted species shift northward ( Sheldon 2012; Comte & Grenouillet 2013).

Maine (ME): Checklist of New England species with no collection data ( Bilger 1986).

New Brunswick (NB): Listed as occurring but with no collecting information ( Harris & Lawrence 1978).

New Hampshire (NH): Checklist of species and states/provinces in which they occur, but with no collecting information ( Blickle 1979).

North Carolina (NC)/ South Carolina (SC): Listed as occurring in mountainous regions of the states; adult emergence from mid-May to mid-June; found in spring seeps, springs, spring-brooks, in moss and liverworts on rocks in current. No locale information is given ( Unzicker et al. 1982).

Oklahoma (OK): Checklist of species and states/provinces in which they occur, but with no collecting information ( Blickle 1979); checklist of species found in Oklahoma that cited Blickle’s (1979) publication, but with no collection data provided ( Bowles & Mathis 1992). Don Chandler at the University of New Hampshire checked the Blickle collection in July 2013 and could find no specimens from Oklahoma. OSF checked the NMNH Collection July 2013 and could find no OK specimens.

Pennsylvania (PA): Checklist of species and states/provinces in which they occur, but with no collecting information ( Blickle 1979); checklist only with no new records ( Masteller & Flint 1992).

Quebec (QC): Checklist of species and states/provinces in which they occur, but with no collecting information ( Blickle 1979).

Virginia (VA): Preliminary checklist from records in the Virginia Polytechnic Institute and State University, but with no collection data (Parker and Voshell 1980); “In Virginia it is known from the Blue Ridge and Alleghenian regions. Giles, Grayson, Highland, Shenandoah, Tazewell and Washington ” counties. Adults were collected from May–October ( Flint et al. 2004). 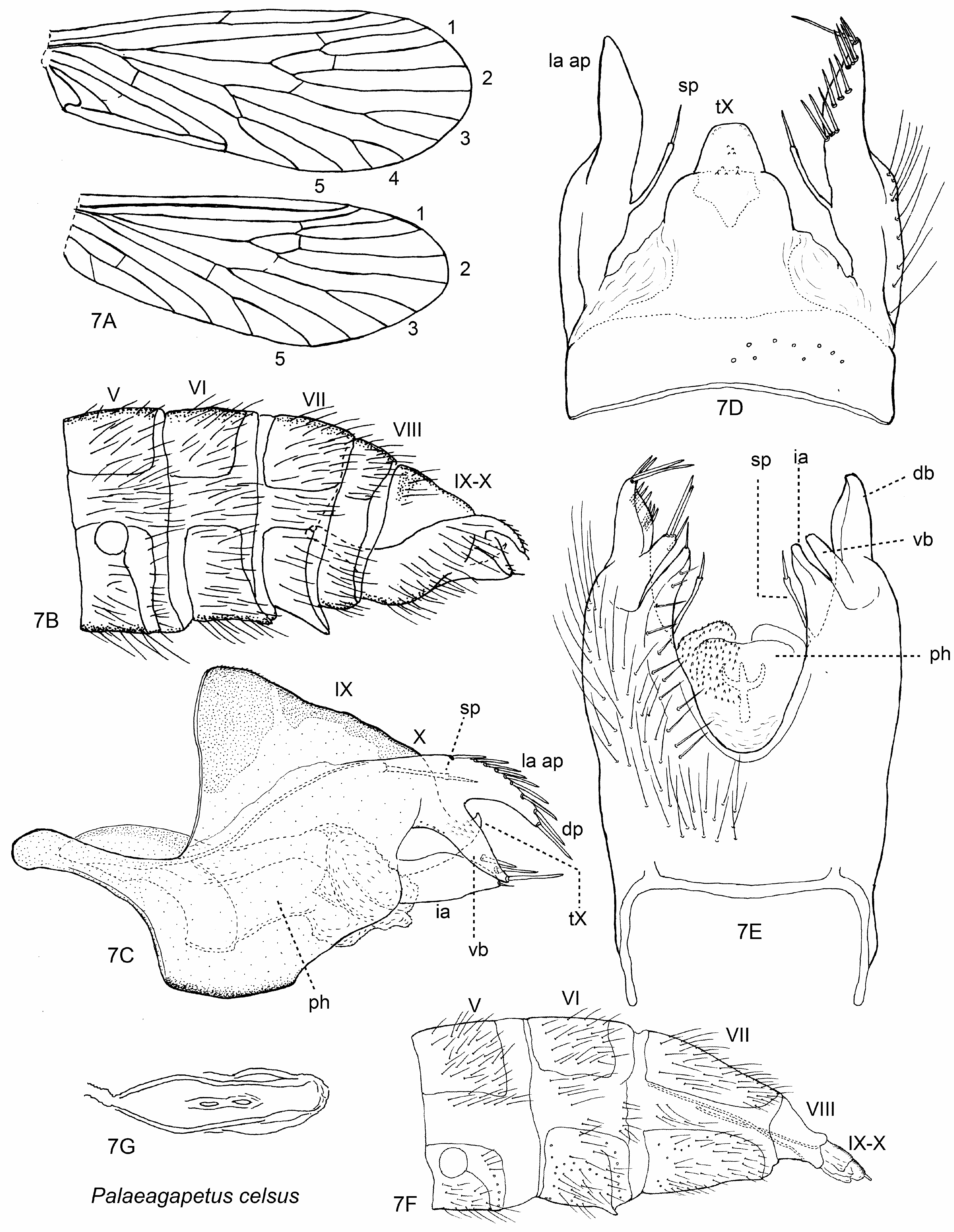 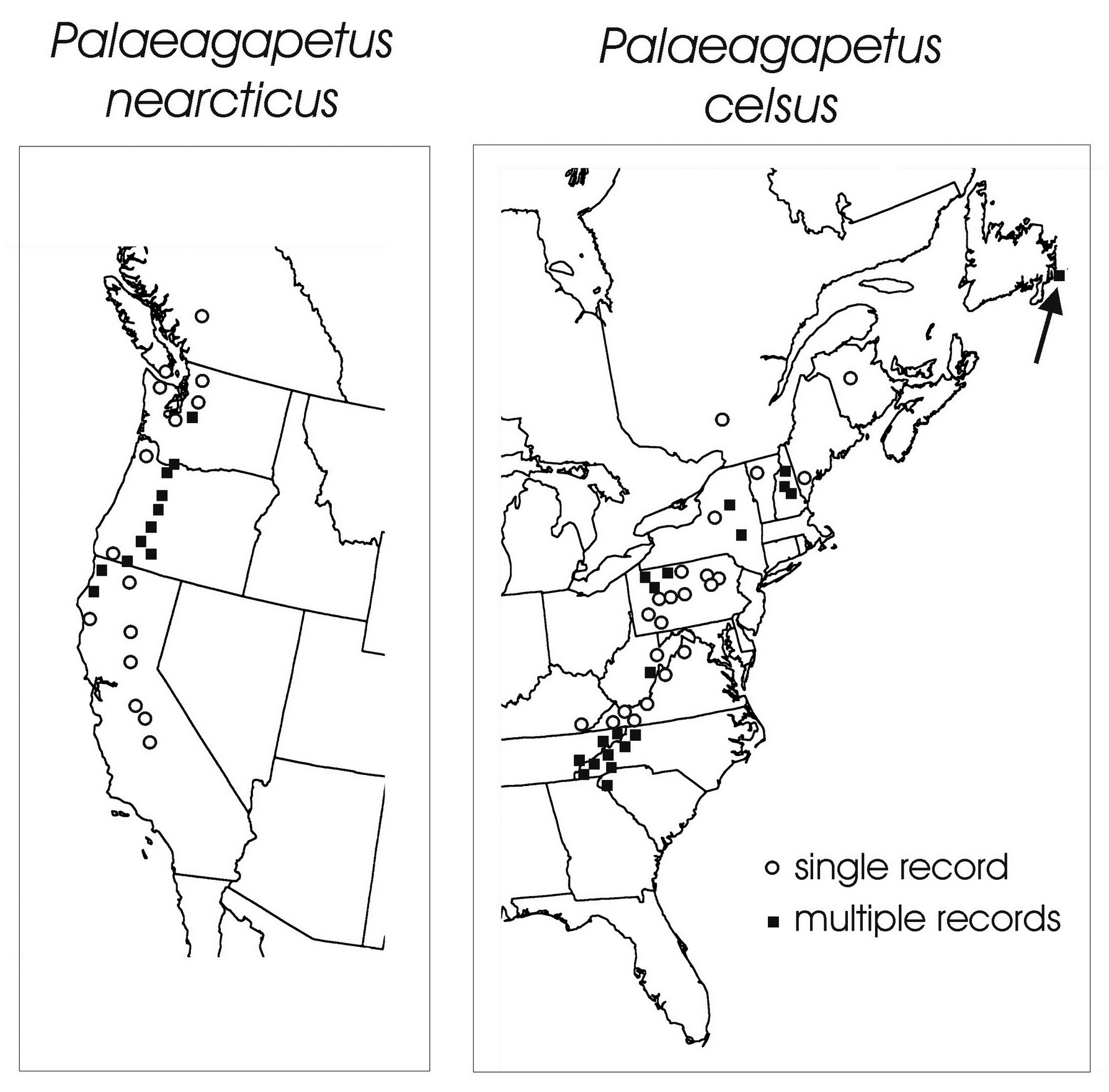 FIGURE 8. Distribution map. The arrow indicates that the new records from Newfoundland should not be overlooked.