Diagnosis. Resembling D. spinata and D. inermis , but lacking discrete spines associated with the phallus; however, it has the endothecal apical angles on the phallic apparatus acute rather than rounded, and sclerotised and spiny in appearance, although visible only in the macerated specimen; in ventral view the phallic apparatus is stout and heavily sclerotised; the lateral margins of tergite X are similarly heavily sclerotised.

Distribution. Known only from the type locality in a water catchment reserve just south of Tully in the wet tropics of north-eastern Queensland.

Remarks. The head warts of this species differ from those of others in the genus, being wide and shallow. 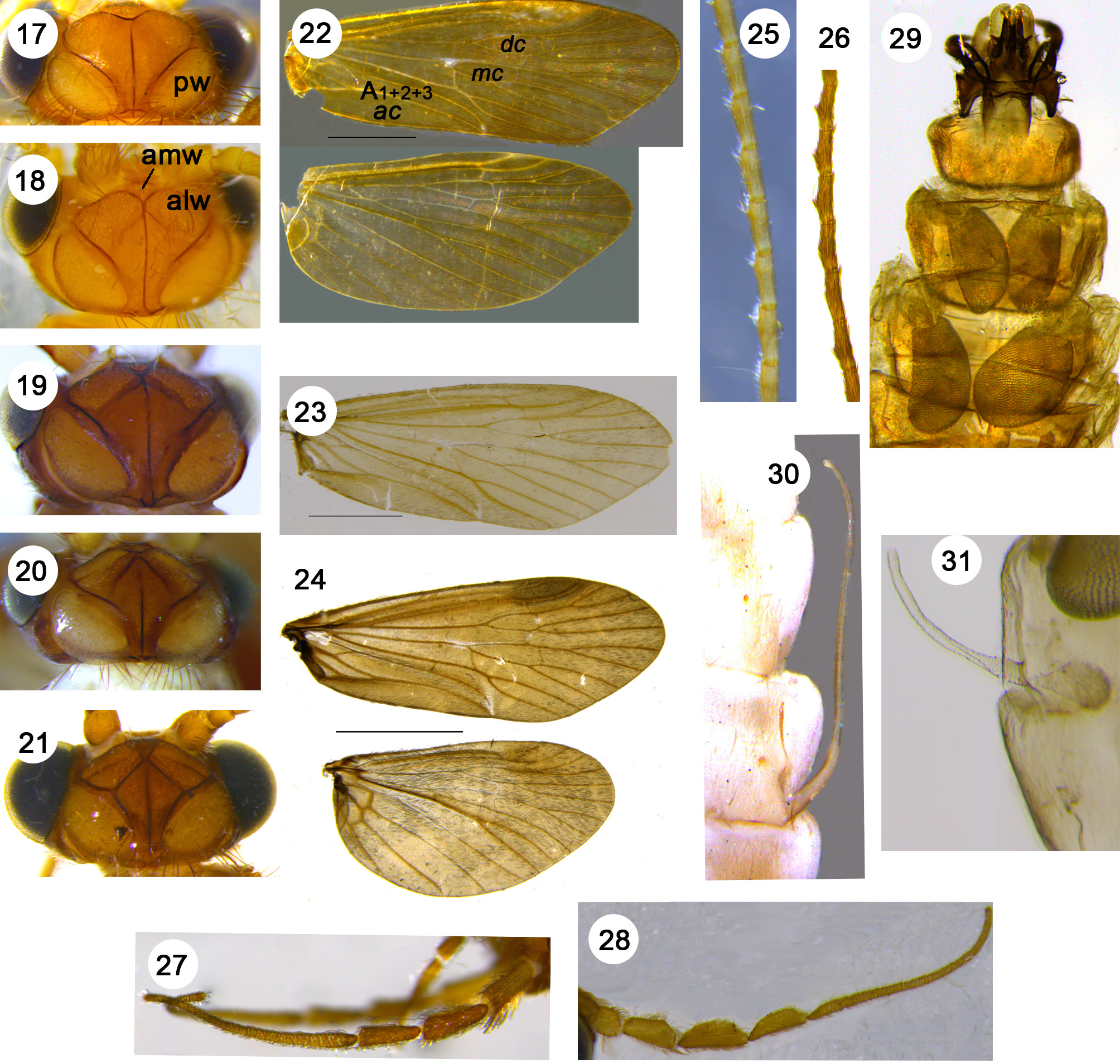