Diagnosis. This species shares the following combination of characters with Ch. orangensis  and Ch. algida  : presence of platellae on the first hind tarsomere and tubercles on forewing that are concolorous with veins. Chidaea algida  can be easily separated from Ch. belairensis  by the two long spines that cross over ventrally. Chidaea orangensis  can be distinguished from Ch. belairensis  in the shape of the phallotheca: in Ch. orangensis  it is about the same width throughout, whereas in Ch. belairensis  the phallotheca is widest around midline and much narrower in apical and basal quarter.

Remarks. The only two specimens known from this species are in a very poor condition (e.g. crinkled wings, deformed body, potential loss of colouration), probably because they were caught in a malaise trap. This means character states listed above and in the keys need to be interpreted with caution.

Two Chidaea  sp. specimens collected in the Brisbane area have a striking resemblance in the male genitalia to Ch. belairensis  , however they lack platellae. See Remarks section of Ch. dickinsonorum  for further details. 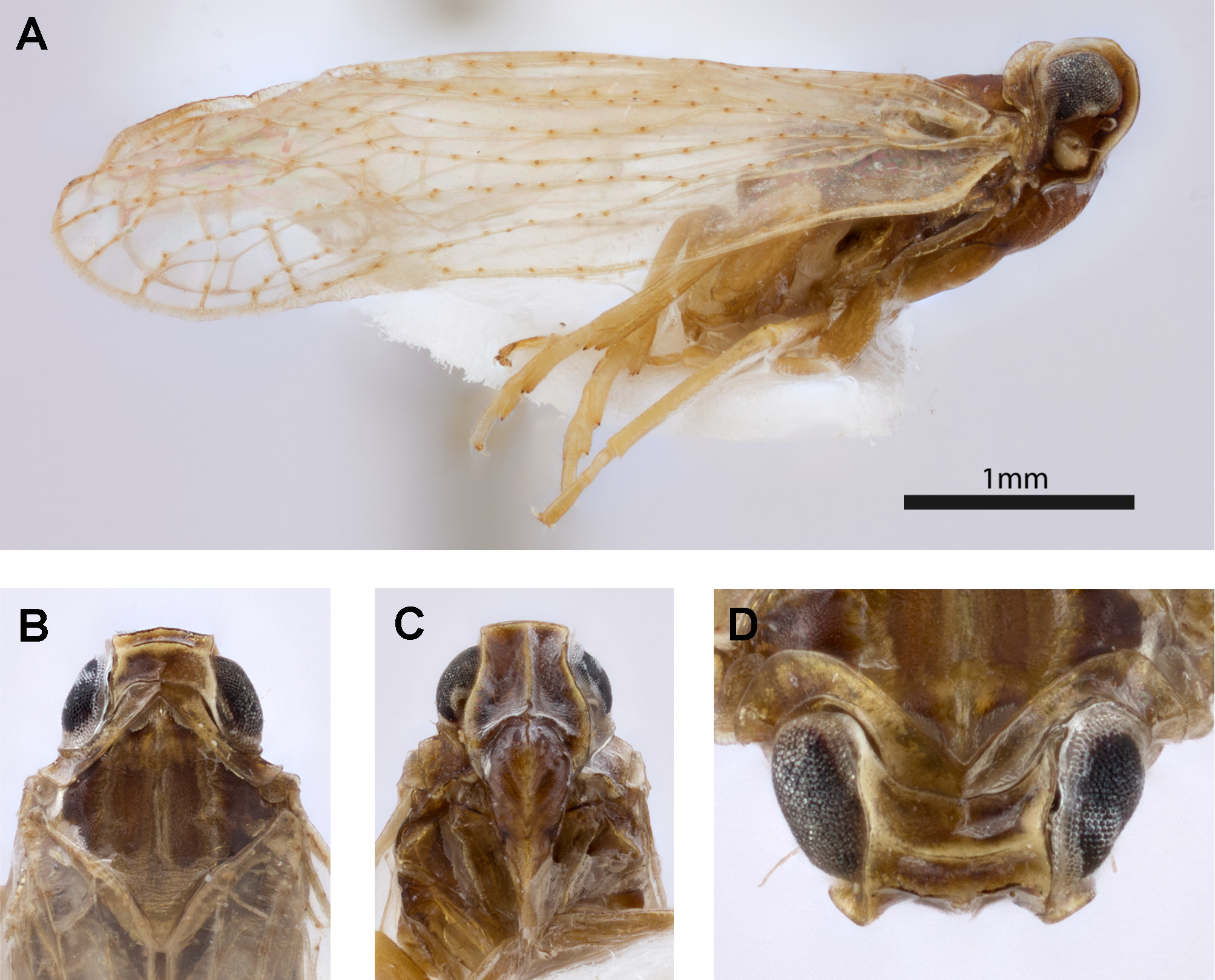