Variation. Length: 5.9 – 8.5 mm, width: 2.6 – 3.8 mm. Clypeal form varies moderately in shape and length/width proportions, with apex broadly rounded to more or less truncate, but lateral margins are weakly convex in all specimens seen. Body color varies from medium reddish brown to nearly piceous. The protibial basal tooth is submedian in some paratypes, and length of teeth varies because of wear. The metatibia is allometrically shortened with the medial ridge more strongly flaring in proportion to increasing body size. The paratype from 15 miles south of Hermosillo is darker than the others, and has the metatibia even more strongly shortened, but otherwise is similar to paratopotypes.

Etymology. This specific epithet (a noun in apposition) is named for the vicinity of the type locality, as well as for the Mexican big horned sheep ( Ovis canadensis mexicana Merriam   ), the “borrego cimarron” characteristic of the area.

Remarks. Both known localities, although about 122 km (76 miles) apart, are on washes that drain to Bahía de Kino; the species is expected to occur along other washes in that drainage.

The combination of 9-segmented antennae with 3-segmented club, glabrous elytral disc, “coffee-colored” body, rounded clypeus, strongly protruding medial metatibial carina, and mainland Mexican distribution make this species easily identifiable. Specimens of A. cimarron   imperfectly key to A. glabrata   in Howden (1958), but specimens of A. glabrata   are very different in color and proportions, have 10-segmented antennae, longer clypeus, tarsi, and antennal club, broader metatibia, and are restricted to deep sand dunes of the Gran Desierto de Altar region of northwestern Sonora, the Algodones dunes in eastern California, and nearby dunes in northeastern Baja California. Except for having 9-segmented antennae, all these differences also apply to A. howdenorum   . Additionally, males of A. cimarron   have a much more deeply, coarsely sculptured head and wider, more rounded clypeus than males of A. glabrata   or A. howdenorum   . 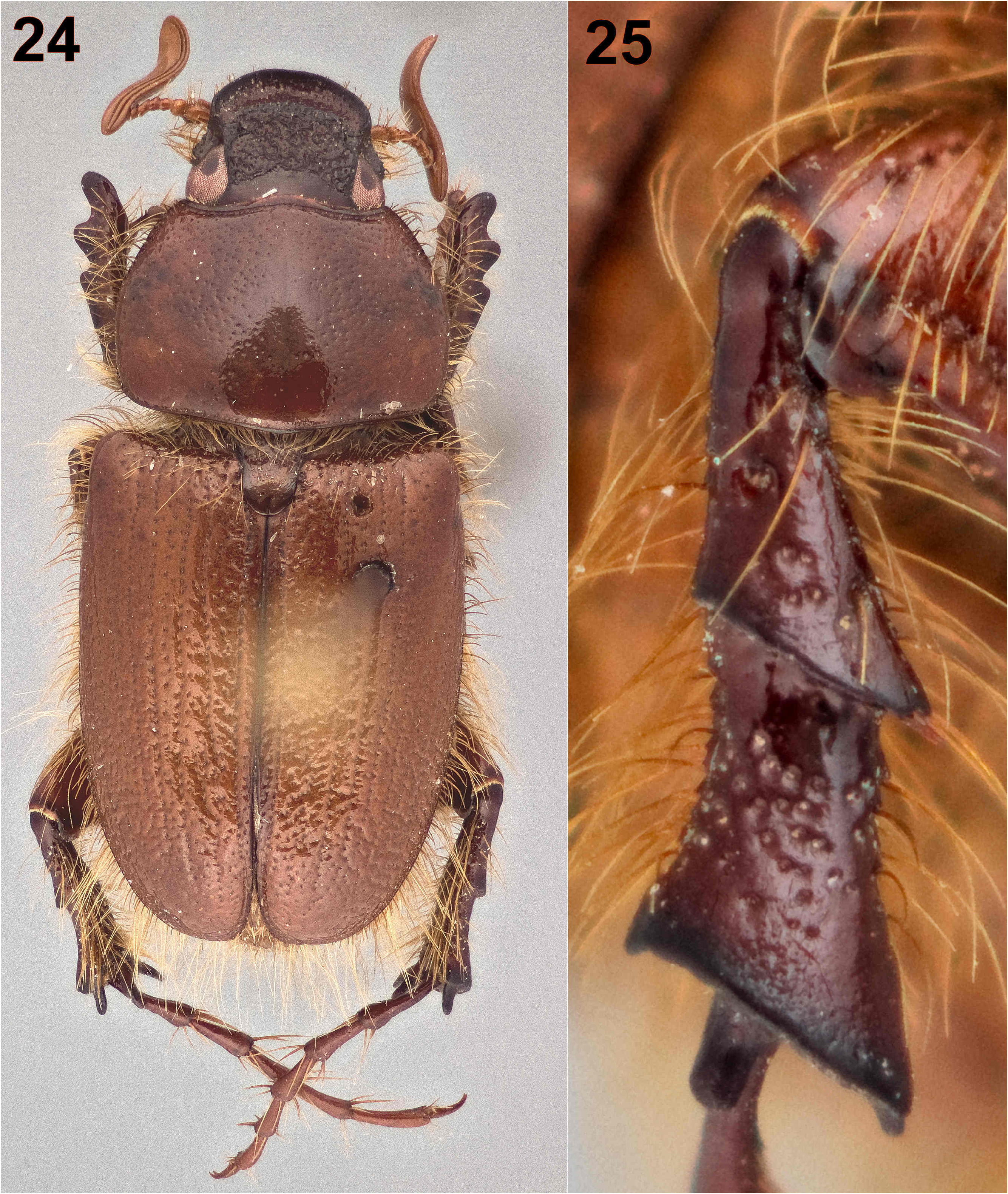 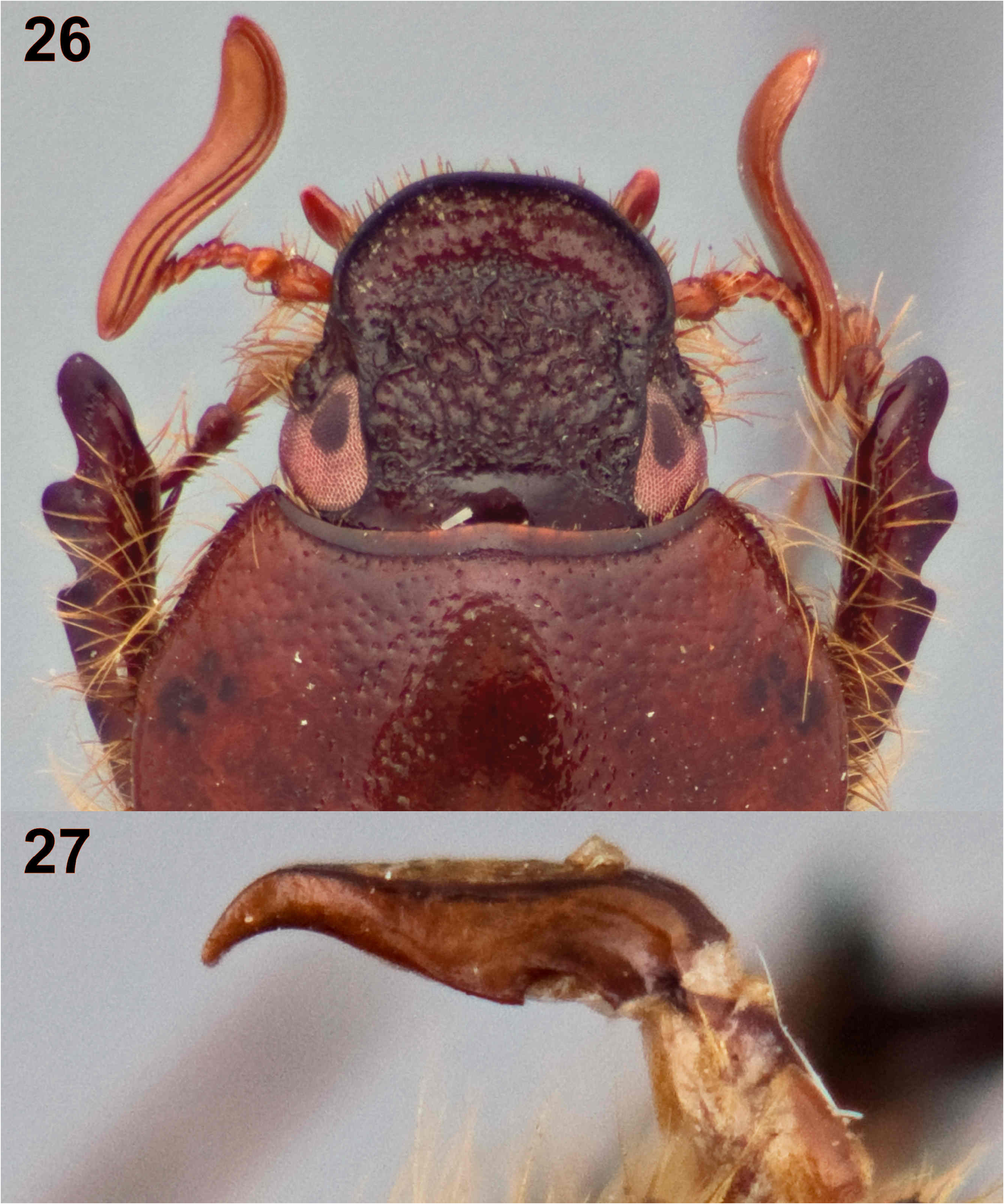