Etymology. I am pleased to name this new species for Rick Westcott, Salem, Oregon, expert on the Buprestidae   , who has a great talent for collecting rare Scarabaeoidea, and who collected part of the type series.

Remarks. Acoma westcotti   apparently occupies an isolated position within the genus based on the distinctive pronotal and tibial shapes. It is easily recognized by the strongly bidentate anterior tibia ( Fig. 4 View Figure 1-5 ) and smooth head ( Fig. 2 and 3 View Figure 1-5 ), both characters being very unusual for the genus. (The head of Acoma glabrata Cazier   , a species with a relatively smooth head compared to most Acoma   , is shown in Fig. 1 View Figure 1-5 for comparison.) The anterior tibial shape is very similar to that of the unrelated but sympatric Chaunocolus cornutus Saylor   , and may represent a parallelism. 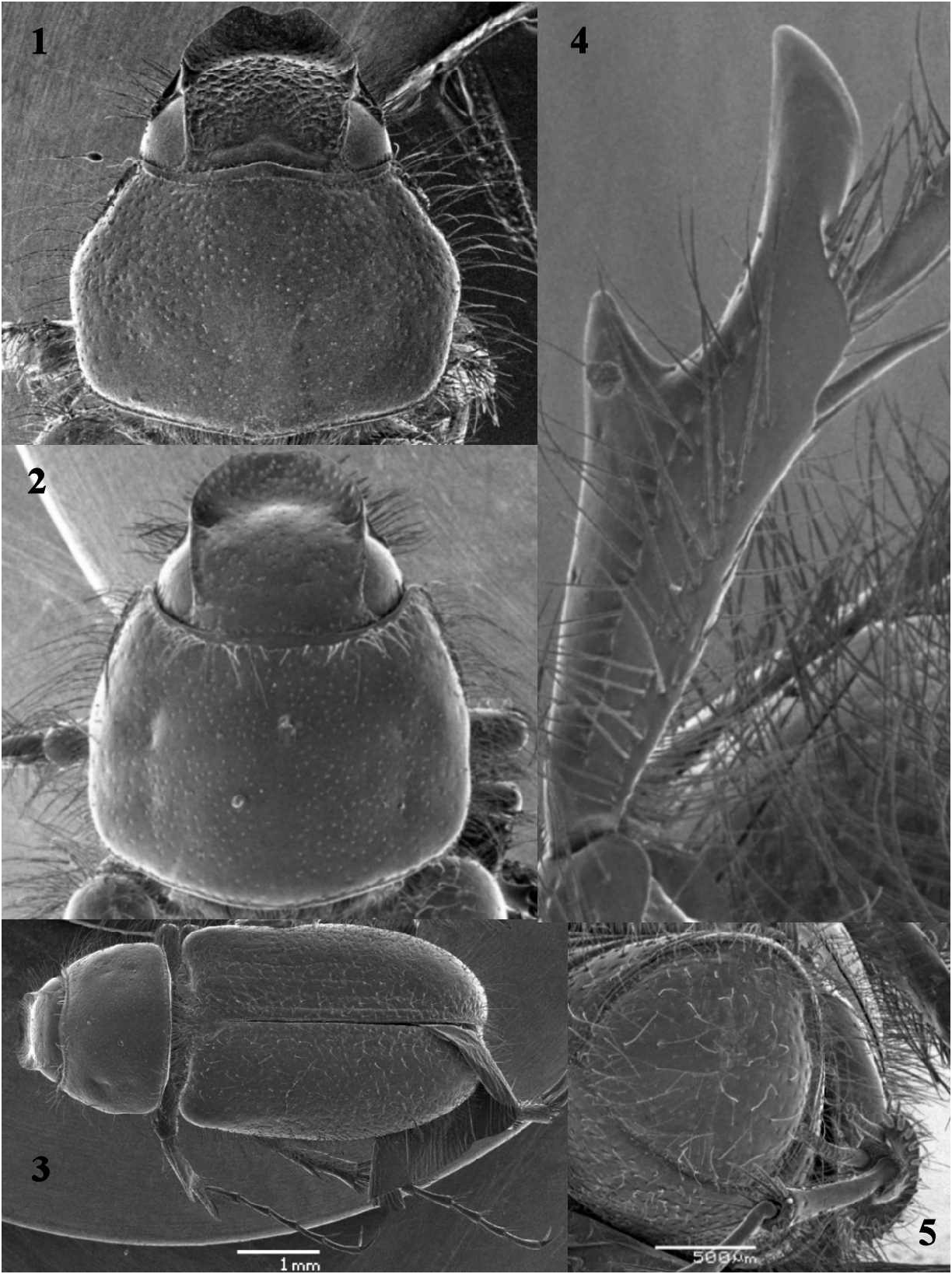