The species is epithet is formed from albus (adjective, Latin) = ʻwhiteʼ and ʻapexʼ. It refers to the white apical patch of the posterior wing.

Jacobi (1928) erroneously stated that the type specimen is a male. He was apparently prone to confusing males and females of Eurybrachidae   , as he made the same mistake for the types of Elthenus modestus Jacobi, 1928   and Olonia nigroapicata Jacobi, 1928   ( Constant 2005b, 2006b, respectively).

Cedar Creek was a Jirrbal aboriginal camp located at the southern edge of Ravenshoe (North Queensland). It covers 38 ha of grassland and woodland on a basalt plateau bordered by North Cedar Creek, South Cedar Creek and the Millstream River in the west. It represented an Eucalyptus   “pocket” at the edge of the rainforest. Mjöberg and his staff sampled the location 29 Mar.–17 Apr. 1913 ( Ferrier 2006, 2015).

Similar to male, but with distal cells of posterior wings white instead of having a white spot at the apicosutural angle ( Fig. 52 View Fig. 52 ).

This species is recorded only from a small area around Ravenshoe, at the limit between the Queensland Tropical Rainforests and the Einasleigh Upland Savanna bioregions ( Fig. 3 View Fig. 3 ). The specimens were found in January and April, one of them in a habitat of mixed grassland and woodland on a basalt plateau described as a Eucalyptus   patch at the edge of the rainforest ( Ferrier 2006, 2015). However, host plants remain undocumented. 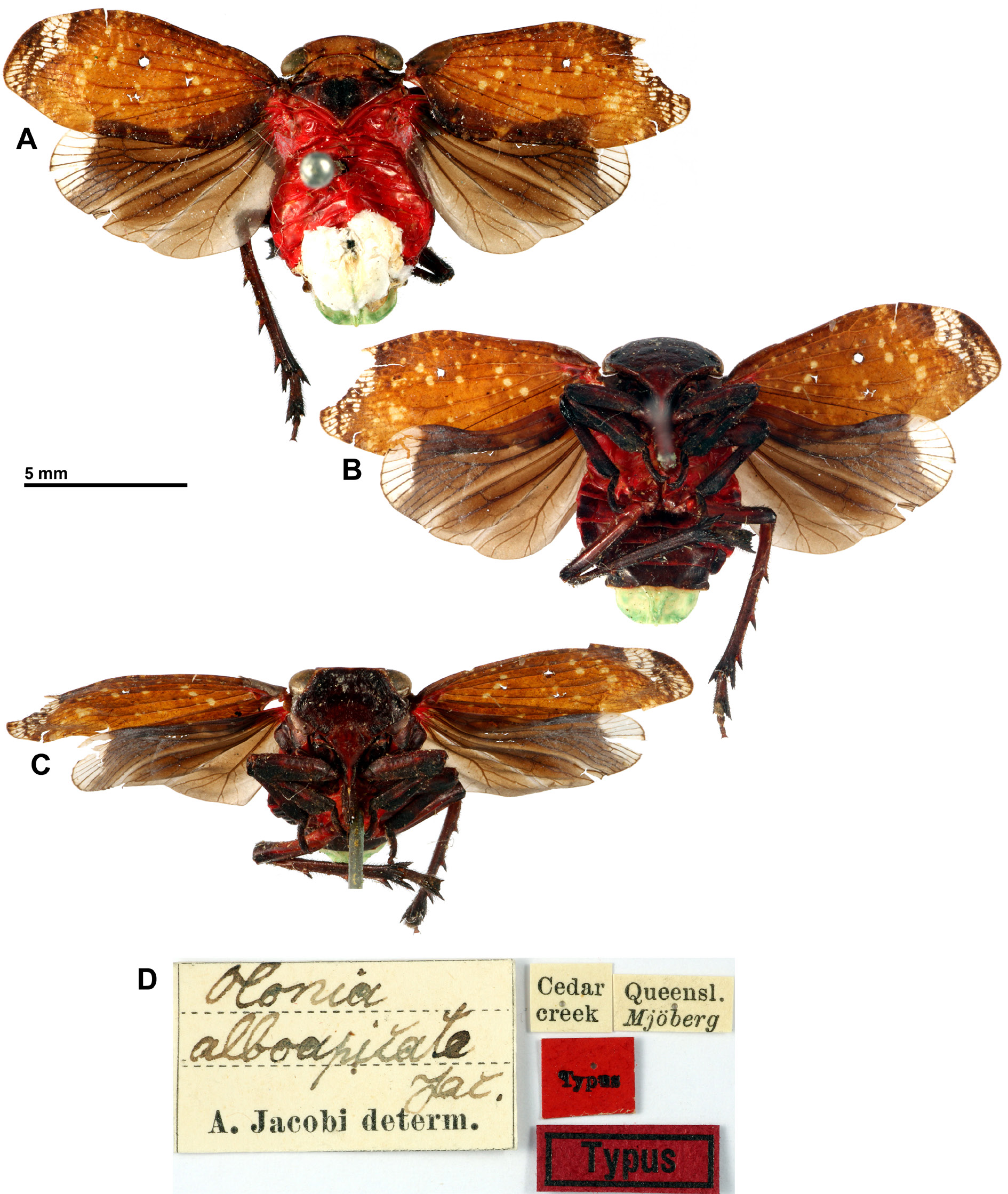 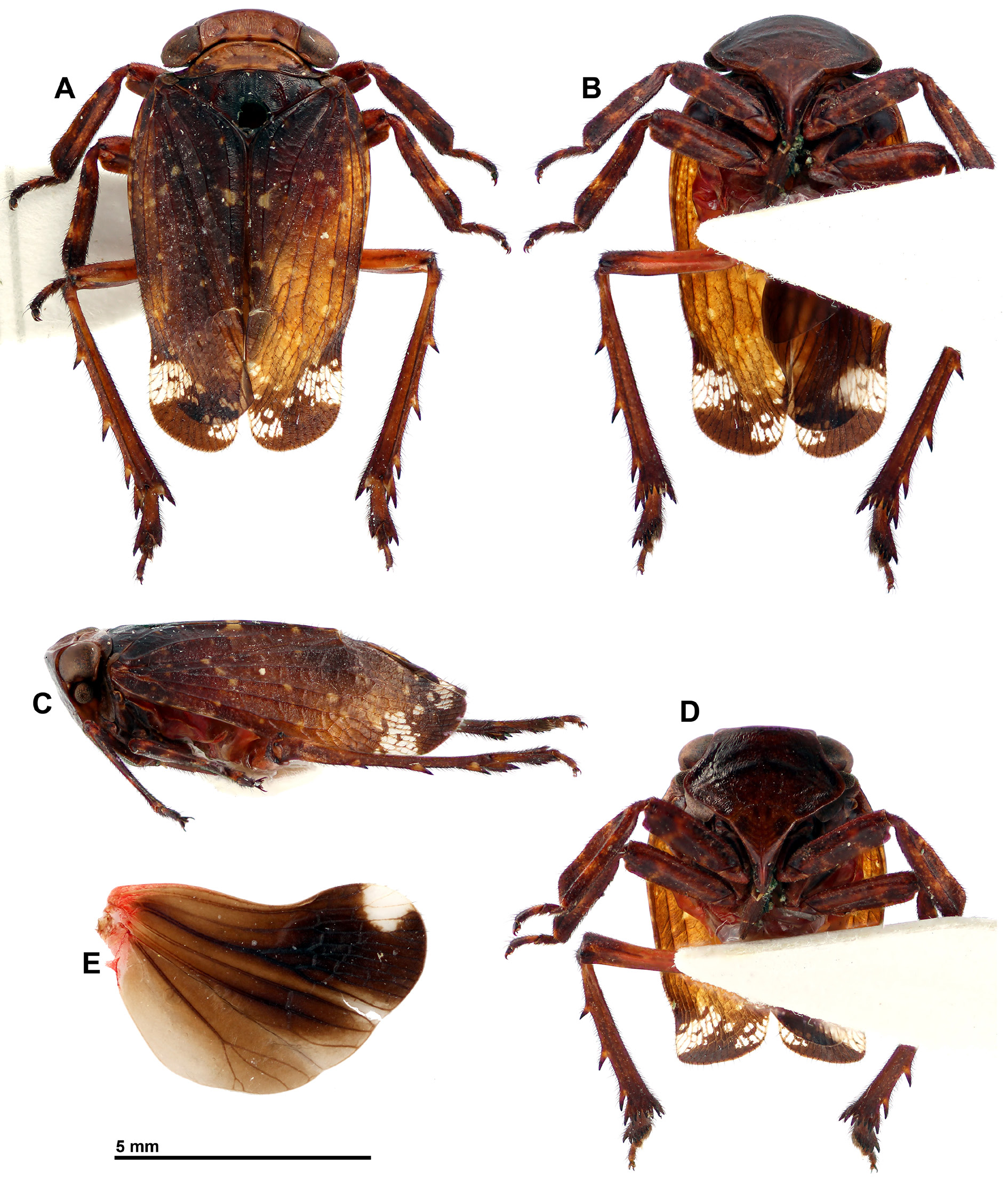 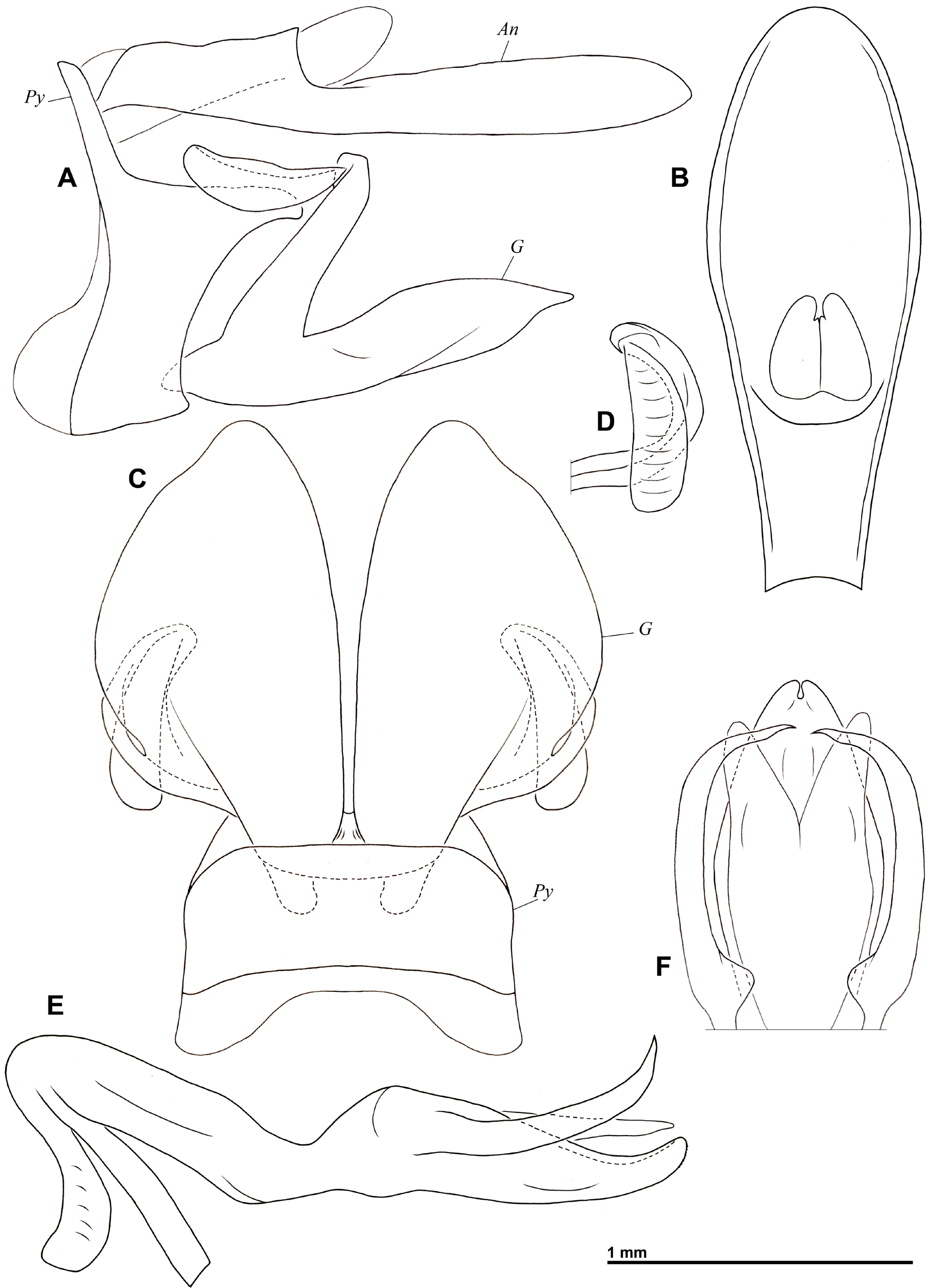