Etymology. This species name is taken from the Latin word ‘grandis’, and refers to the large body size of this and other species of Pilbarana .

Molecular analyses further revealed that the two new species of Pilbarana are highly divergent genetically, with approximately 13–14.5% COI divergence estimated (with 0.2% between sequences of P. grandis individuals). This level of divergence is well above the 5–10% threshold principally followed by King et al. (2022) in their description of new Nedsia species, and is indicative of long-term isolation in discrete (and distant) subterranean habitats. Pilbarana grandis has, thus far, only been sampled from one well in the Cane River Conservation Park in the Pilbara region and is located approximately 250 km from bores in the Fortescue Basin where P. lowryi was collected ( Fig. 1 View FIGURE 1 ). 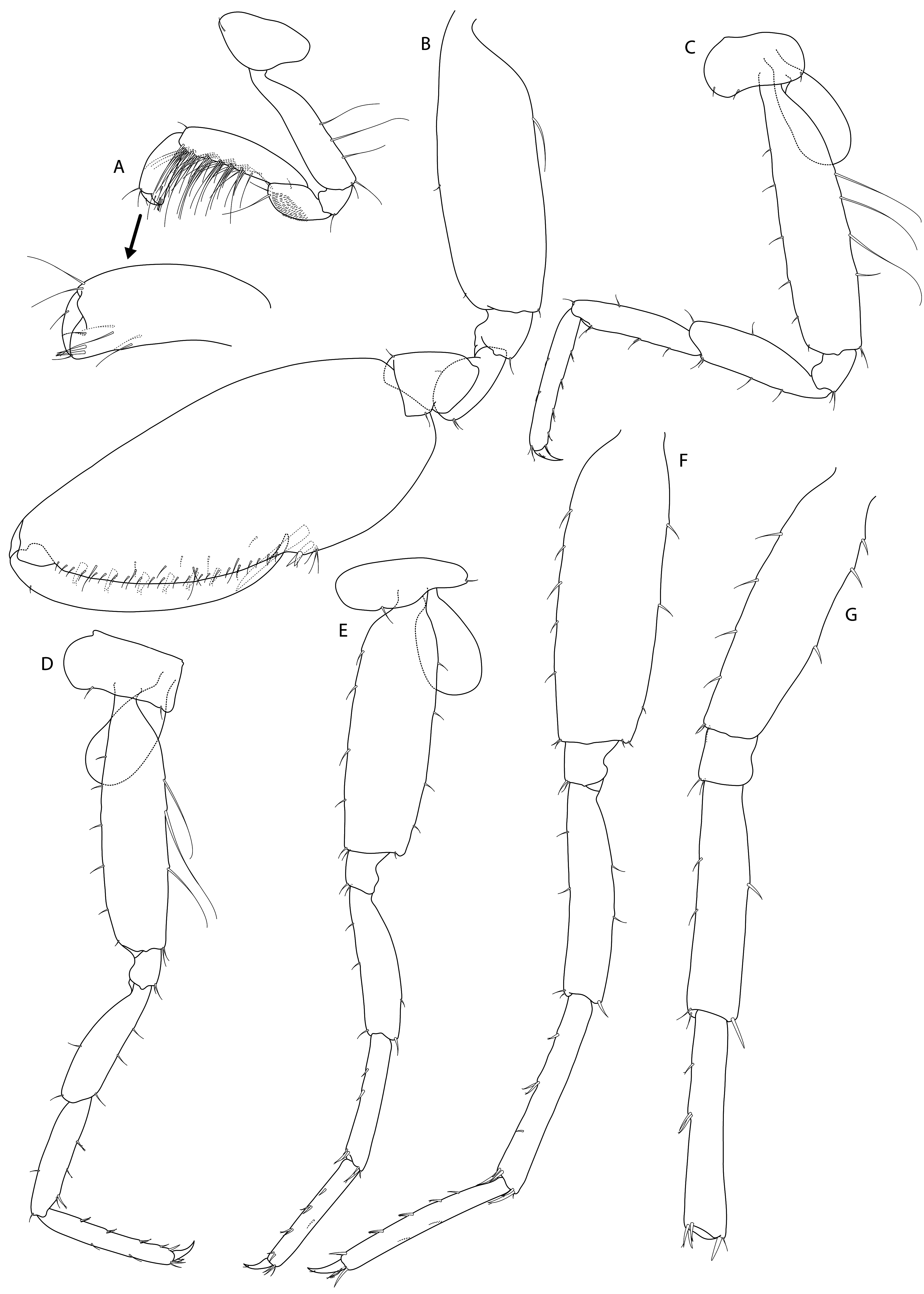 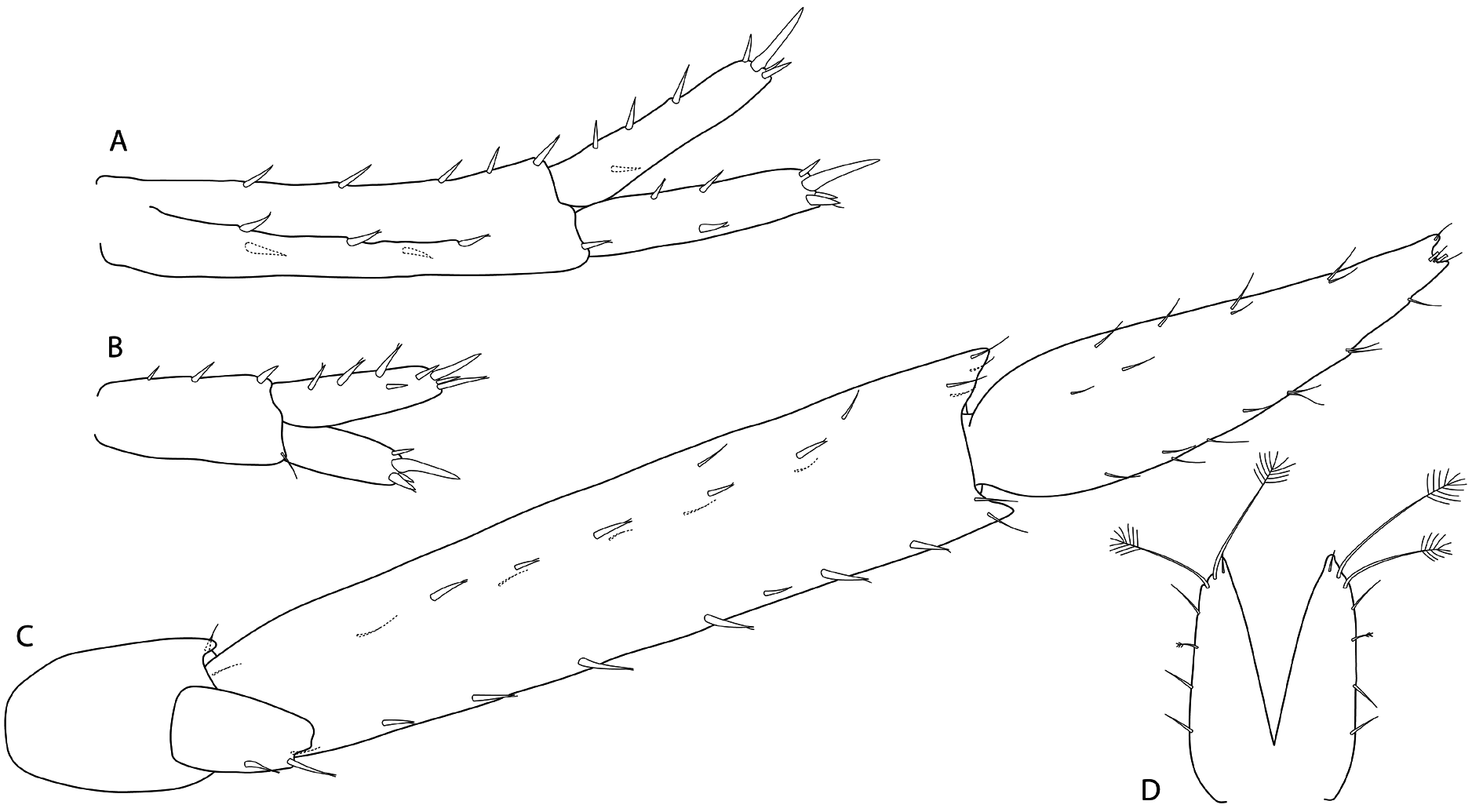