This species is named after the Sikipozo tribe living around the type locality.

This new species is largely rheophile and prefers fresh and well-oxygenated waters in the higher course of rivers.

As far as we know, this new species occurs only on Choiseul ( Solomon Islands). 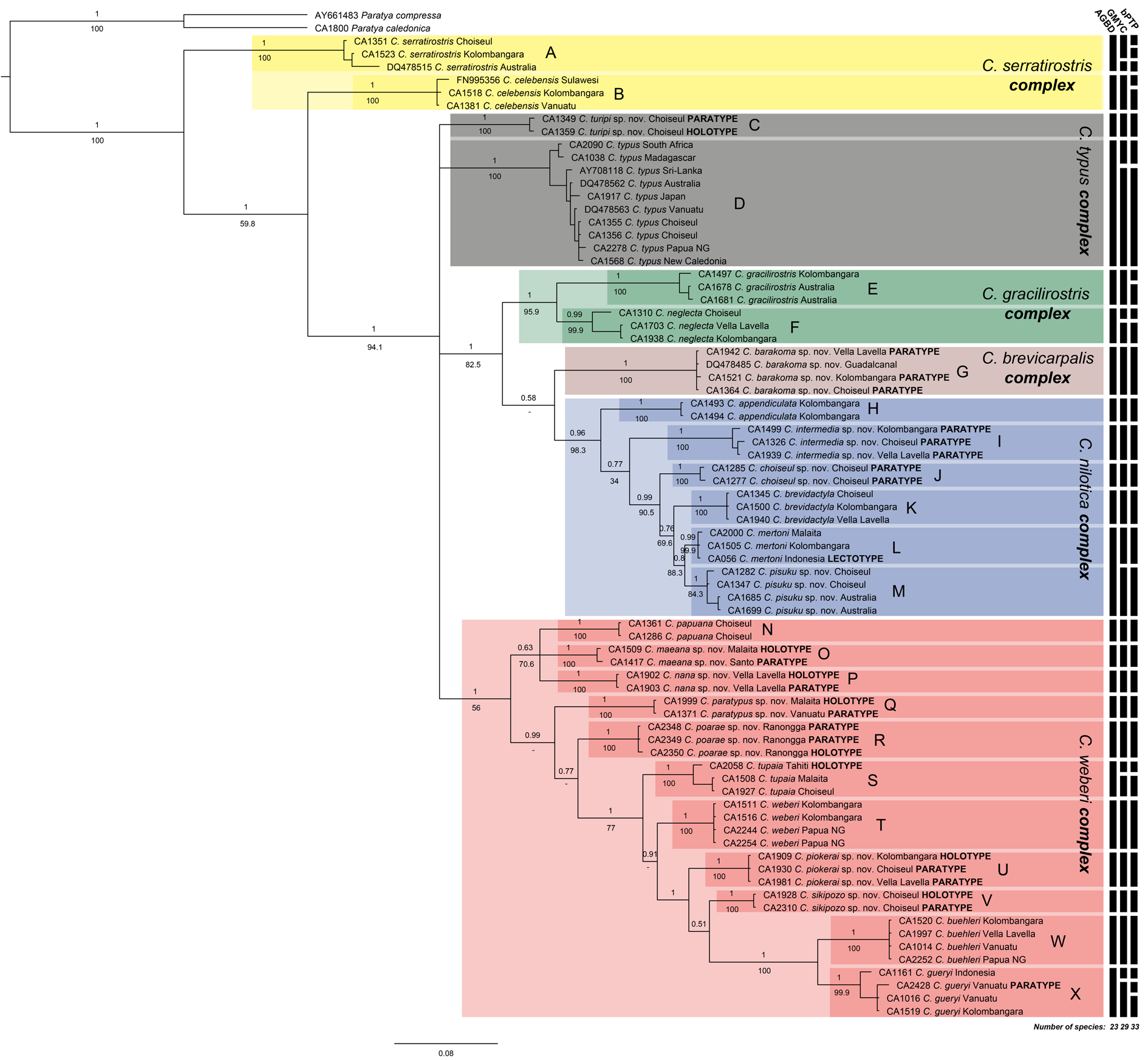 Fig. 2. Bayesian inference phylogenetic tree of the species studied. Numbers above branches are Bayesian posterior probabilities, numbers under branches are Maximum Likelihood bootstrap values. Results of the three species delimitation methods are indicated by the black bars on the right of the tree. Each bar represents a species recognized by the analysis.