Chauliogryllacris   gryllacridids are characterised by their large size and especially large heads ( Fig. 2A View FIGURE 2 ). Both sexes are fully winged as adults. When disturbed, adults take short flights. Both sexes bear distinctive characters especially regarding their genitalia. The external male gentialia are slightly concealed beneath a dome-like structure of the tenth tergite that has been christened as a scrotum ( Figs. 4B, C, E View FIGURE 4 ) because it houses the testes. There are no heavily sclerotised concealed male genitalia known for gryllacridids. However, we have discovered lightly sclerotised papillae or tubercles on the median fleshy lobes of the species described below ( Fig. 4D View FIGURE 4 ). 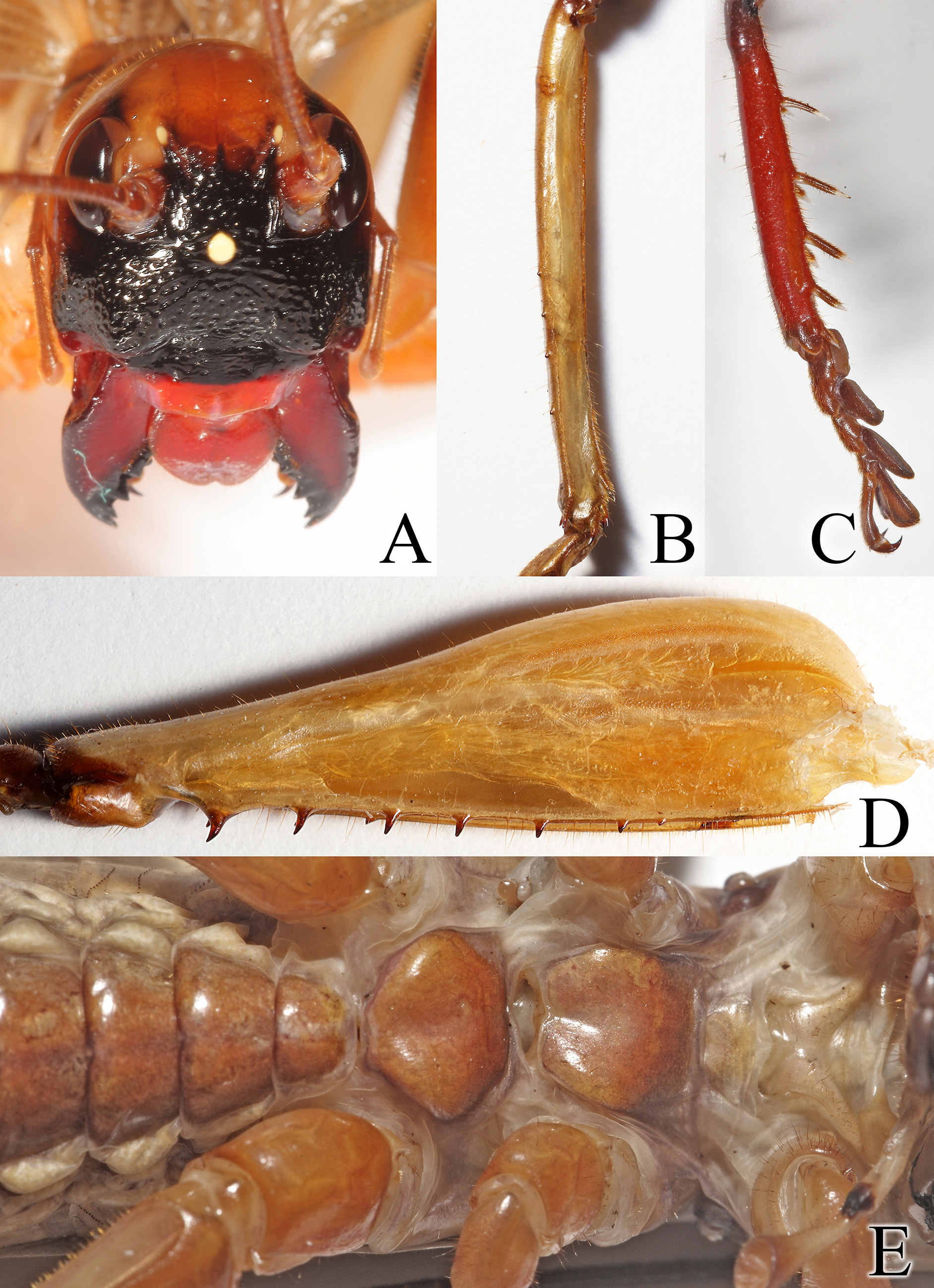 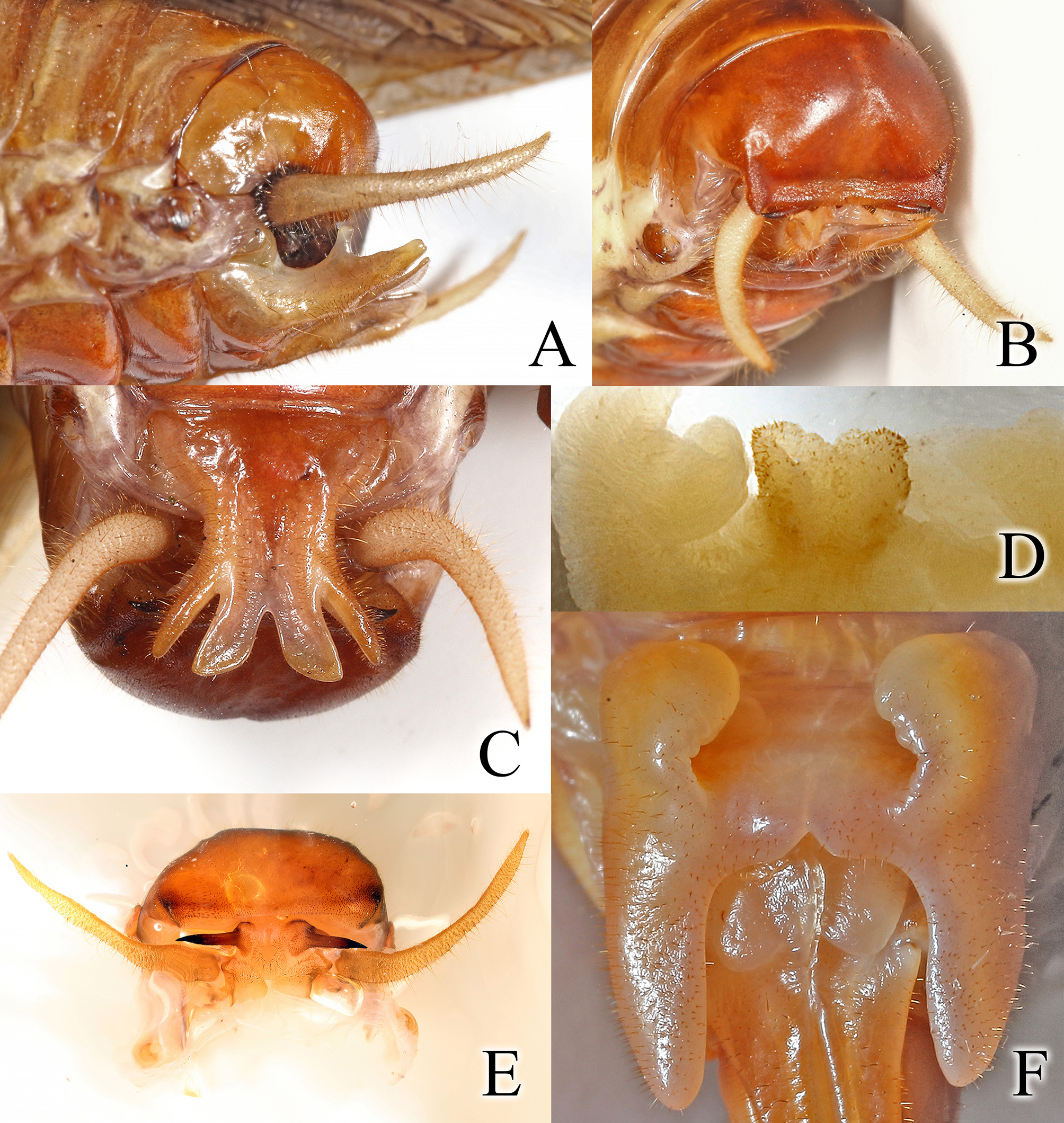