TYPE MATERIAL: The holotype MCZ 6756, an adult female, preserved in alcohol with the skull removed and cleaned, was collected by Allen Lesley at San Pablo, Isthmus of Panama, Canal Zone, Panama. The body and skull are in good condition. The type locality is now covered by the waters of Gatún Lake ( Goldman, 1920) .

4–5). The dorsal pelage in V. major is long (9–10 mm) and brown, with individual hairs bicolored with darker tips. Compared with V. caraccioli , the pelage tends to slightly darker and the hairs longer (7–9 mm in V. caraccioli ). The ventral pelage is similar but slighty darker than in the latter species, with individuals hairs tricolored, with a basal pale brownish band that makes up some 70% to 80% of the total length of each hair, a short dark brown (~ 10% of the total length of each hair) subterminal band, and a tiny pale brownish terminal band. The uropatagium in V. major has an inverted V-shaped posterior margin with dense and long hair (> 2 mm) along the trailing edge (U-shaped posterior margin, with dense and short hair (<2 mm) along the trailing edge in V. caraccioli ). The width of uropatagium in V. major is 6–10 mm long at midline (in V. caraccioli the uropatagium tends to be slightly shorter, 5–9 mm). The proximal half of forearm in V. major is covered with dense, short hair. Metacarpal III is shorter than metacarpal V in V. major (metacarpal III is longer than metacarpal V in V. caraccioli ). The plagiopatagium inserts onto the tarsal bones in both species. Three genal vibrissae are present in V. major (two genal vibrissae are present in V. caraccioli ). V. major has six vibrissae surrounding the margin of the noseleaf in a single array; two vibrissae on each side of upper lip below the vibrissae surrounding the noseleaf; four submental vibrissae on each side of chin; two interramal vibrissae. The noseleaf is longer than wide and the inferior border of nasal horseshoe is completely free of upper lip. 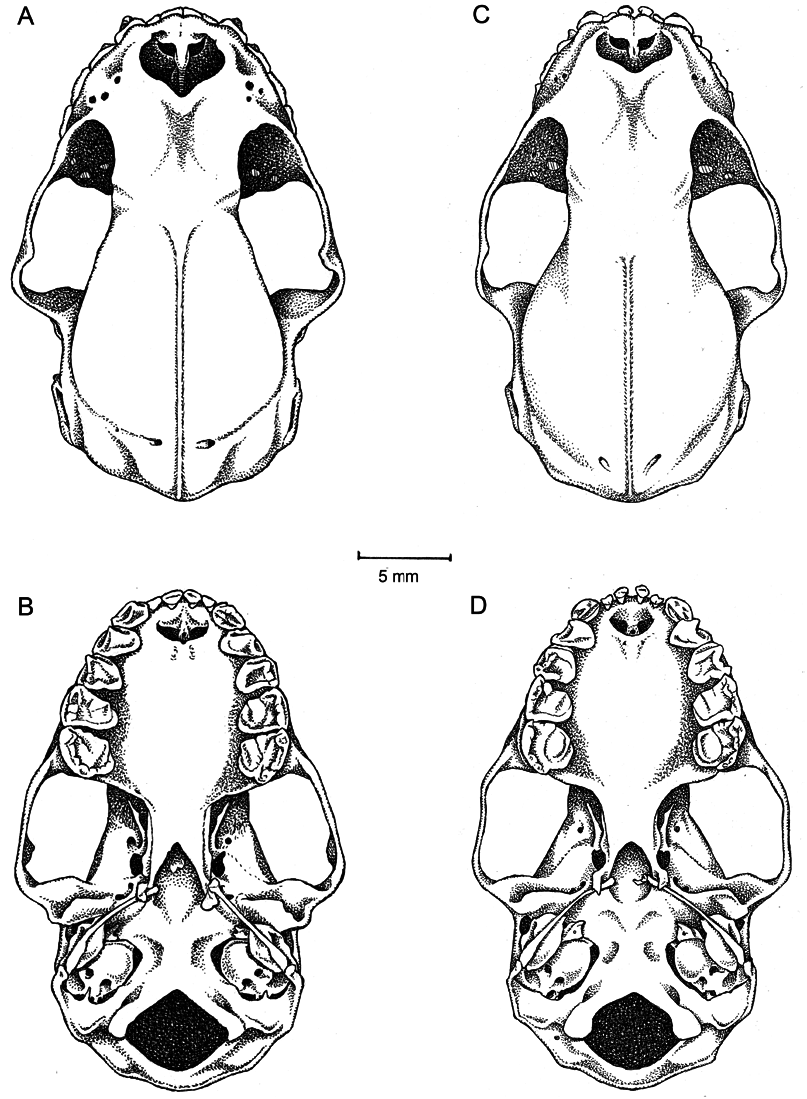 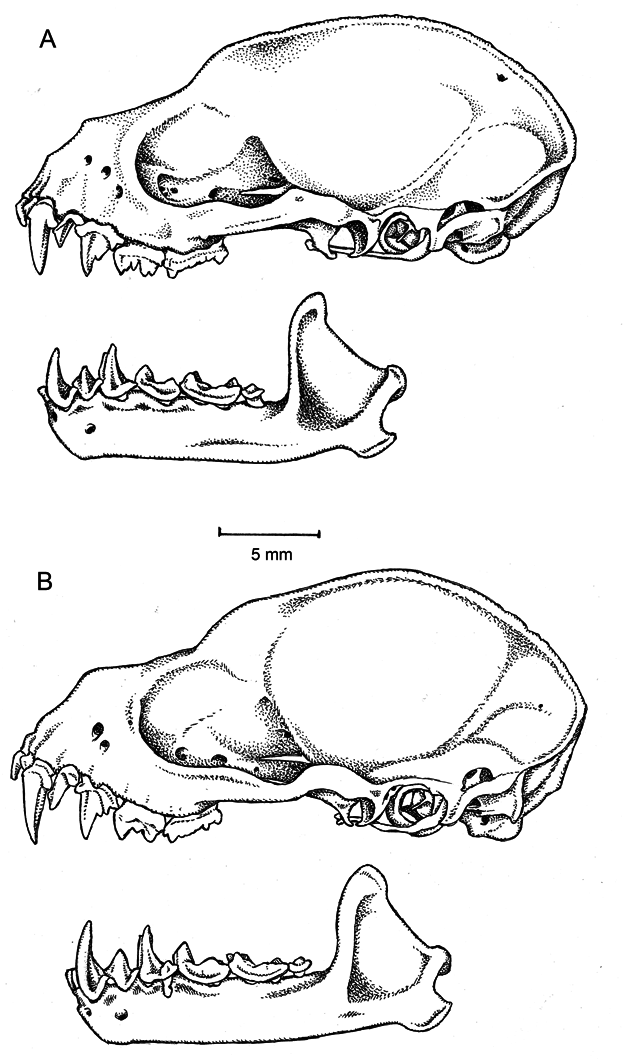 FIGURE 9. Lateral views of the skulls and lower jaw of (A) Vampyrodes carac- 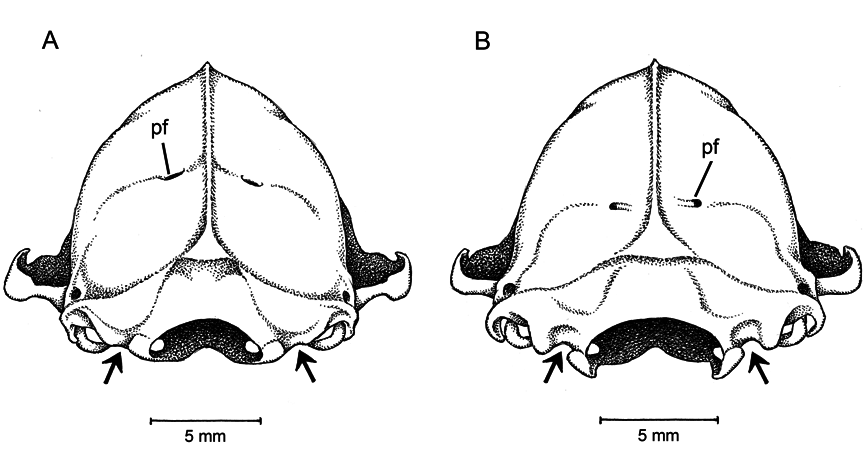