ess of the premaxillary ( Fig. 3A View FIG ). The posterolateral

process of the frontal.

The bone is elongated and provided with a moderately low coronoid process; the lateral flange is low and borders the Meckel’s groove lingually ( Fig. 3C View FIG ).

The only specimen (ISER Tt-0332/1) is rather fragmentary with the anterior and posterior portions broken off. The dental row is extremely short when compared to the toothless posterior ramus, a feature that is unparalleled in other salamandrids ( Fig. 3D View FIG ).

All the vertebrae are opisthocoelous and provided with spinal nerve foramina. The neural arch is vaulted and provided with an extremely high neural spine (in most specimens it is completely broken off) ( Fig. 3 View FIG E-F’). The subcentral lamina projects ventrolaterally and is connected to the lower rib bearer (= parapophysys); the subcentral foramina are of variable size. The transverse processes are widely spaced while the rib articulating surface is

In lateral view the bone is slightly sigmoid shaped with a moderately widened femoral head, a rather shallow ventral depression and a relatively short trochanter ( Fig. 3H View FIG ). The distal part of the femoral shaft is moderately widened and there is a shallow distal fossa.

For the first time, Carpathotriton   was found in the late middle Miocene (MN 7) of Mátraszőlős, Hungary; it was then identified erroneously as Archaeotriton von Meyer, 1859   ( Gál et al. 2000).The basis of this assignment was its extremely high neural spines of presacral vertebrae. However, a more detailed morphological study and the phylogenetic analysis indicates that it might have belonged to a more advanced stock of salamandrids reminiscent of some recent Asiatic newts (e.g., Cynops Tschudi, 1838   , Pachytriton Boulenger, 1878   , Paramesotriton Chang, 1935   ). Furthermore, some features (e.g.,the extremely high neural spines of the trunk vertebrae,limb bones only slightly widened distally, long toothless posterior ramus of dentary) indicate that it might have had a long aquatic phase and a peculiar feeding mechanism ( Venczel 2008). 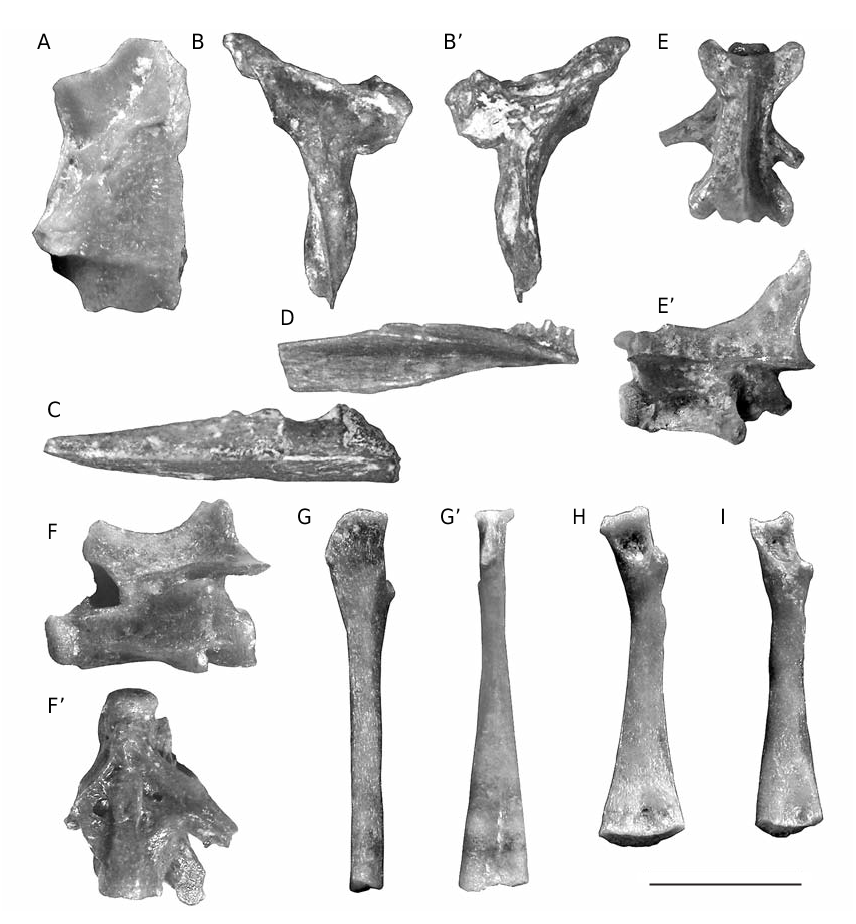