V a r i a b i l i t y. Paratype female has largely yellow head contrasting with creamy white meso- and metasoma.

Etymology. This species is named after the country, where it was collected.

The author is deeply grateful to Robert Copeland (ICIPE), who graciously made the specimens available for study. The study was partly supported by the National Research Foundation of Ukraine grant “Leading and Young Scientists Research Support” (registration number 2020.02/0369). 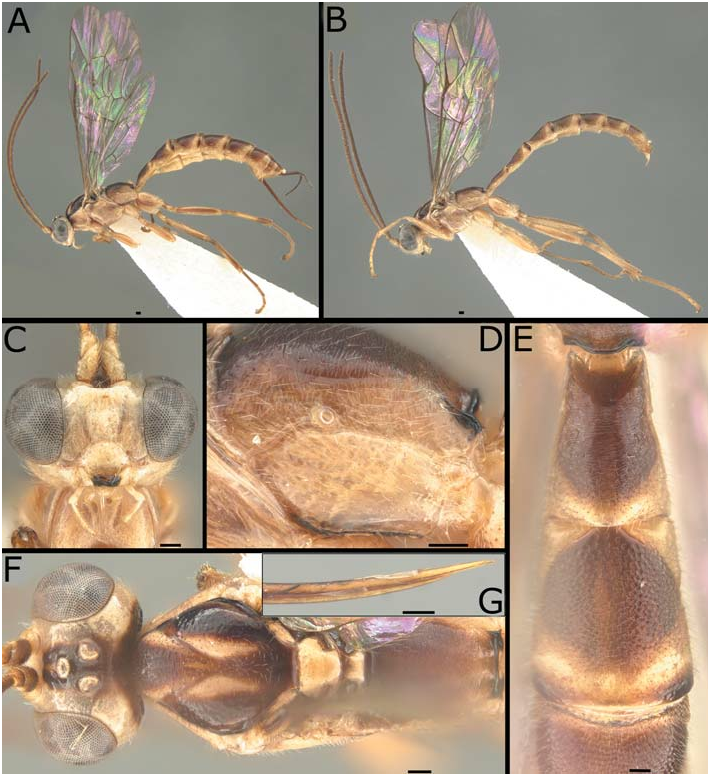