Etymology. The specific name refers to a location, Sítio Cairé, at which the species was found, in Taquara, Rio Grande do Sul, Brazil.

Remarks. Benthana cairensis  sp. nov. has 5+1 denticles in the proximal teeth of the lateral endite in the maxillula, while the other 19 species have at least 6+1denticles. The new species does have characteristics found in other congeneric species, such as: the lobe on the inner lateral margin on the male exopod of pleopod 1 and setae on the opposite margin, five pectinate teeth on the lateral endite of the maxillula, insertion of the endopod and exopod at different levels, and male sexual dimorphism on pereiopods 1-3(4).

Three species of the genus have a lobe on male pleopod 1 exopod: 1) B. serrana  , lacks setae on the pleopod 1 exopod and has 20 ommatidia (22-25 on the sp. nov.); 2) B. taeniata  , also lacks setae on pleopod 1 exopod, has endopod and exopod insertions of the uropod at the same level, sexual dimorphism of males only in the first pereiopod and 17 to 19 ommatidia; and 3) B. olfersii  has all of the characteristics for B. cairensis  sp. nov. except that the sexual dimorphism of males is restricted to the pereiopods 1-3, and, uniquely, a lobe with six setae on the internal margin of the proximal extremity of the merus on pereiopod 7 ( Fig. 28View Figures 17-28).

In a review of Benthana  , sexual dimorphism was described on the exopodites of the uropods, which are longer in males than in females ( LEMOS DE CASTRO 1958b). In B. olfersii  studied here, one male and one female of similar size were examined and had this same dimorphism and so this species should be included in the subgenus Benthanoscia  , in which dimorphism on male exopodites is an autapomorphy ( LEISTIKOW & ARAUJO 2006). Therefore, by lacking this dimorphism (autapomorphy), the new species is not included in the subgenus Benthanoscia  .

Benthana cairensis  sp. nov. is commonly abundant in leaf litter and under fallen tree branches of Araucaria angustifolia (Bert.) O. Ktze.  , the only native conifer in Brazil. While classified as runners following SCHMALFUSS (1984), this species is also capable of thanatosis. 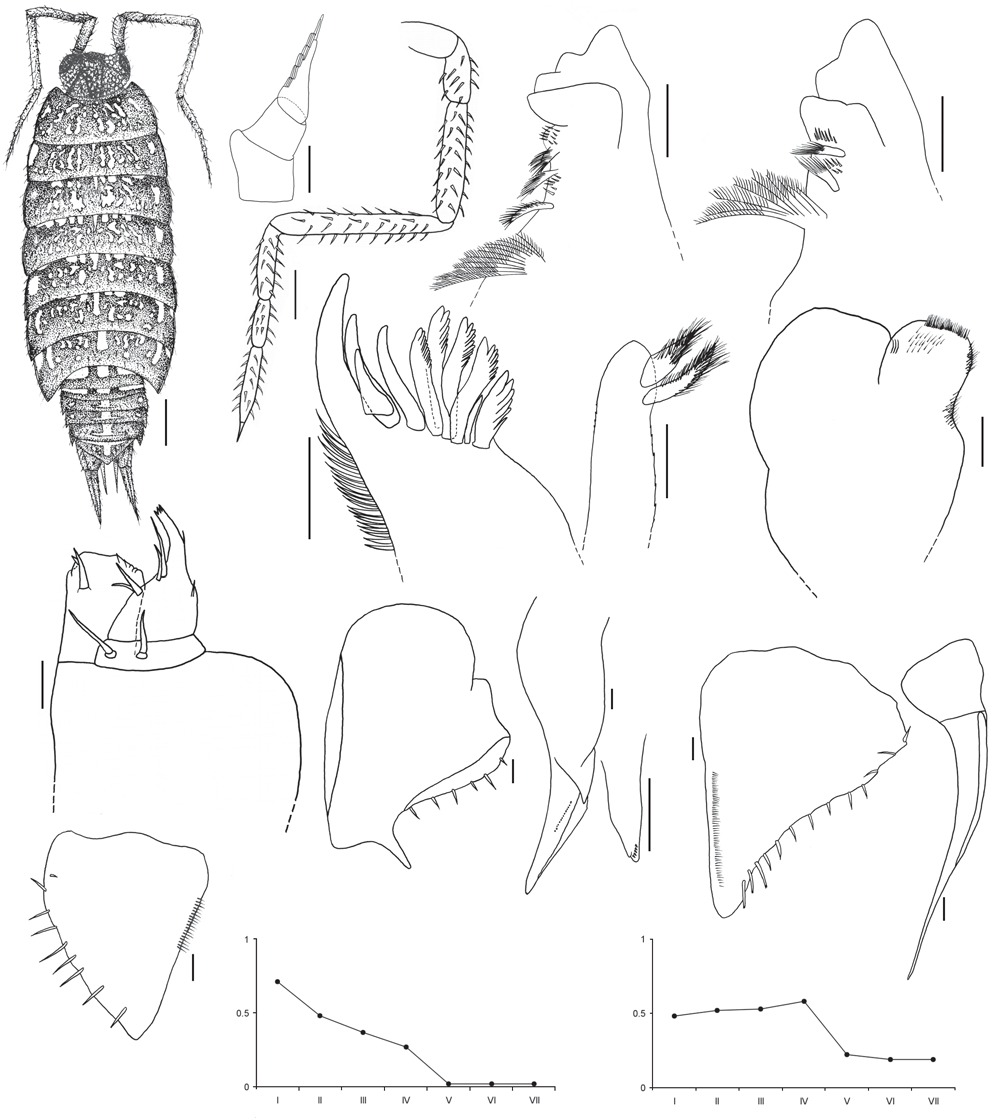 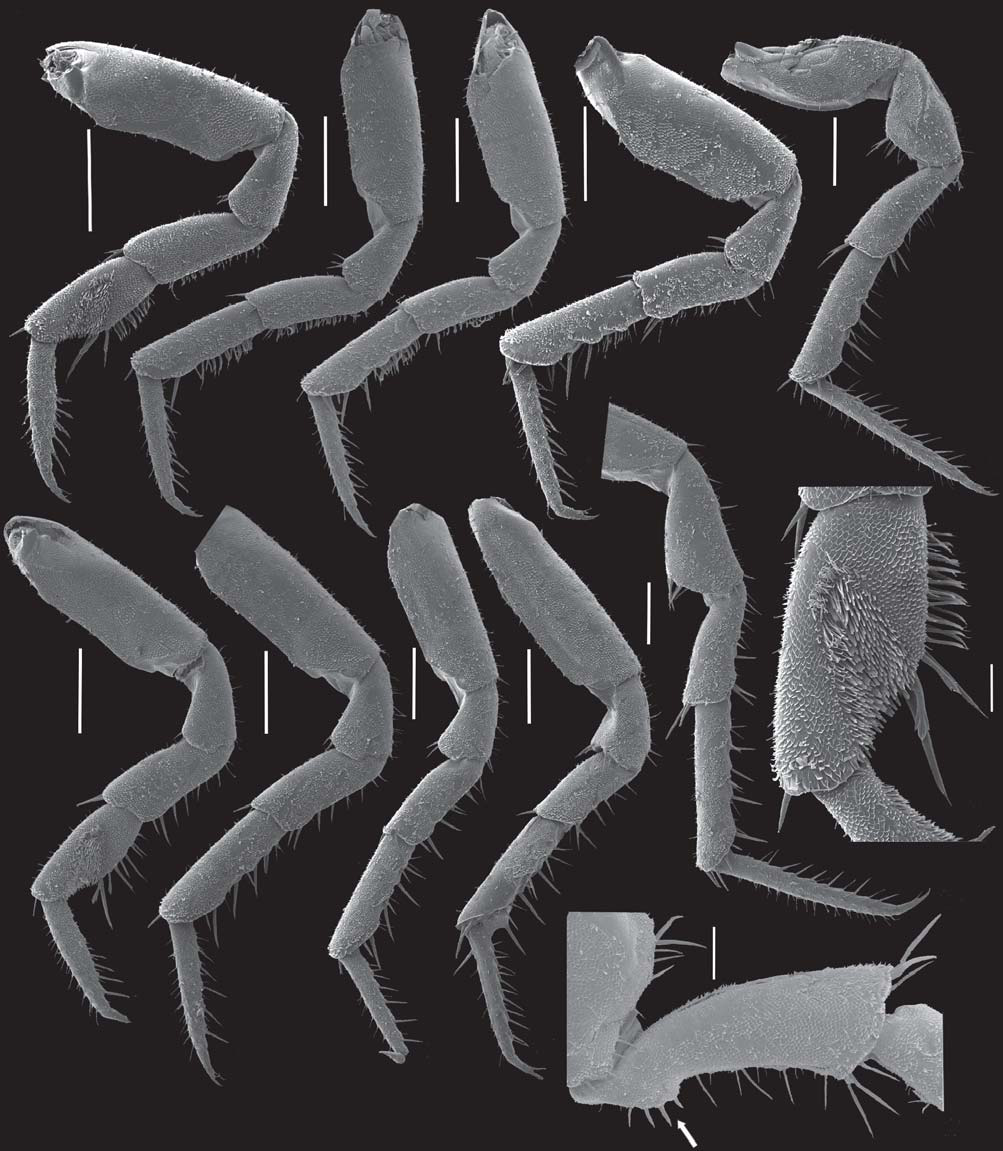