Etymology. The species name, based on Guanacaste Province, is used as a noun in apposition.

Diagnosis. In the Stark (1998) key this species runs to couplet 18 where an impasse occurs due to the intermediate forewing length. If the impasse is resolved by choosing the greater length (13 mm), no resolution is gained, although a determination of A. marca or A. ventana Stark, 1998 can be forced; if the smaller length (10 mm) is chosen a determination of A. varilla Stark, 1998 is made. In some respects, A. guanacaste is intermediate between these species with a slender, thimble-shaped hammer like that of A. marca , and with an aedeagal apex more similar to that of A. varilla . The new species is distinguished from both by the apical notch in the aedeagal tip ( Fig. 3 View Figs ), and by the chevron- like dorsal keel ( Fig. 5 View Figs ). The species is probably a near relative of A. flavominuta Jewet, 1958 and other Mexican species ( Stark & Kondratieff 2004. 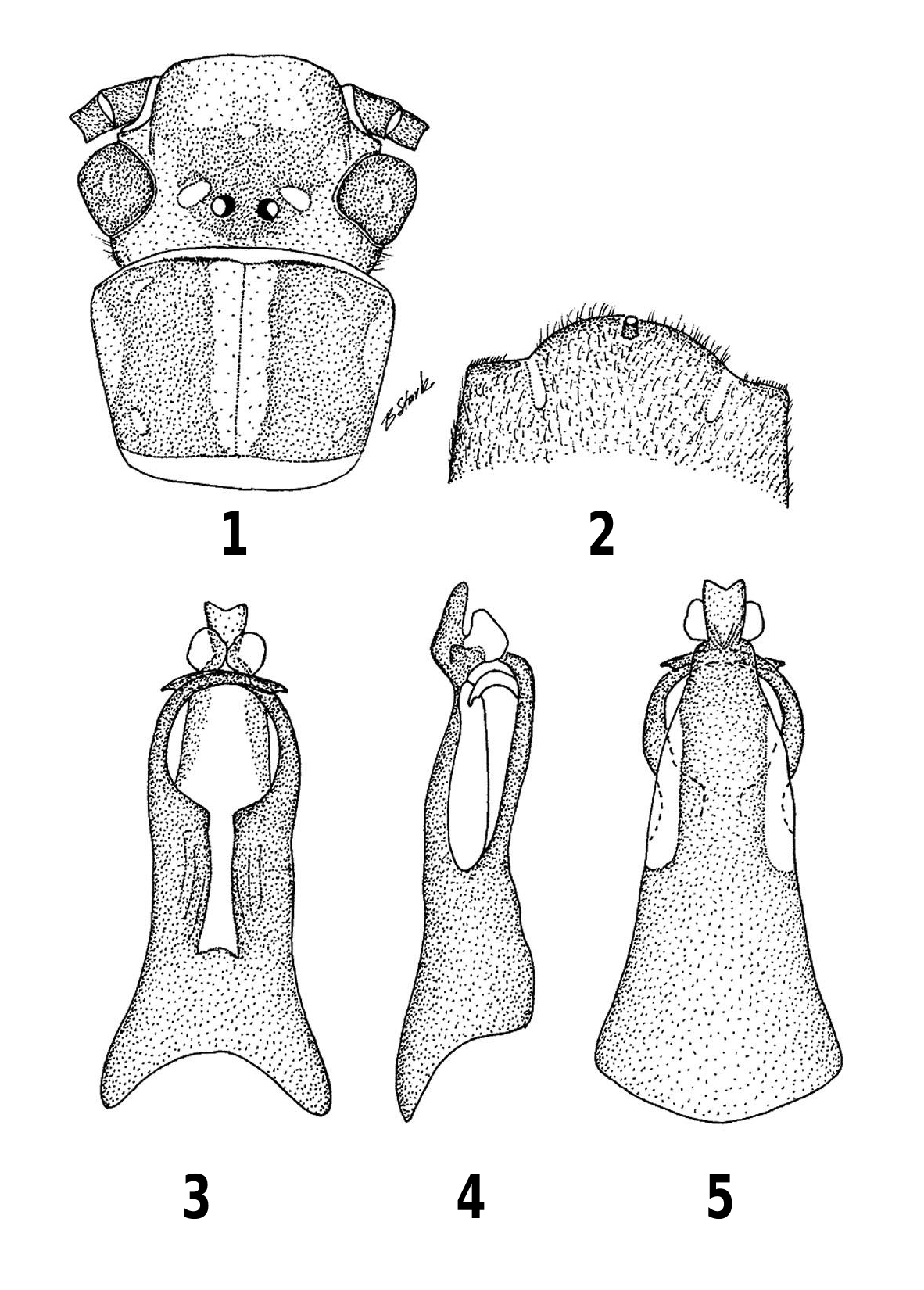