Tegulae and dorsum of thorax with lamellar scales only; fore-tibia with well-developed epiphysis.

Wing venation as for Tasmantrix  . Hindwing with a single frenular bristle.

Male abdomen and genitalia. (Figs. 13 A –E) Dorsum of A 1 lacking any trace of a sclerite. Exit area of S 5 gland typically sabatincoid in both sexes with raised protuberance bearing about 6–8 long piliform scales. S 8 rudiment absent. Sclerite 9 scoop-like around the ventral half of the segment, relatively small, 1.6 x length S 6 but lacking the typical dorsal arms which normally extend up toward the mid-dorsum; bulbous posteriorly, with its antero-ventral region (the ‘vinculum tongue’) extended forward and the antero-lateral margin neither thickened nor melanised. Valvae simple, trapezoidal, with a small mucron at the postero-ventral extremity: median plate a short thickened peg with lateral anterior ‘wings’. Tergum 10 a median, arched sclerite, its lateral margins reaching the dorsal extremities of sclerite 9. Anal cone well developed, with lateral sclerites. Phallus of moderate length, 2.2 x length of S 6; gonopore dorsal with a wide, crescentic, heart-shaped aperture, radial folds evident around lateral and ventral borders, less evident dorsally but not greatly elongated; ventral bulb well developed, supported by a thickened ventral keel; phallocrypt not obscuring gonopore, clothed with small scales, some acutely pointed, others with fine comb-like borders.

Female abdomen and genitalia. (Fig. 13 F) Segment 5 gland as for male. Segment 9 elongated, capable of great extension beyond the unmodified segment 8; totally unsclerotised, but represented by a single row of setae in the normal position of a sclerite. Segment 10 sclerites elongate. Spermatheca with proximal duct:utriculus:lagena in ratio approximately 1: 2: 1; papilla cup with small ventral shelf supporting the entrance to the bursa. Corpus bursae small, without spines or signa.

Larva. Larvae attributable to Z. zonodoxa  have been collected from Waitangi State Forest, and Ngaiotonga Saddle (W. Kuschel, Nov, 1981), Northland, New Zealand, and from Waitakere Ranges, Auckland (B.M. May, Sep 1978; J.S. Dugdale, Aug, 1982). They were sieved from rotten wood on the floor of a mixed podocarp/broadleaf forest or extracted from moss or from ‘bryophytes on ditch wall’.

These larvae are of the same morphotype as the Australian larvae described for Tasmantrix  above. ( Figs. 7View FIGURE 7 G & H); i.e. more or less circular in cross-sectional shape at mid-length, with eight pairs of acutely-pointed abdominal prolegs; the integument is unpigmented, with a finely papillated texture; the majority of macrosetae are short, flattened, and strongly clubbed. A detailed description has not been prepared but the chaetotaxy is similar, differing only in the lack of L 3 on T 1 and with an additional seta on A 9.

Remarks. This monotypic genus superficially resembles Tasmantrix  but is characterised by apomorphies of the phallus and female genital segment 9. Justification for its generic status is supported by the distinct 16 S sequence ( Fig. 16View FIGURE 16. A). It is a key taxon in a biogeographic sense, being the sole New Zealand representative of the ‘Australian’ lineage, from which it is likely to have been isolated for at least 80 million years.

Etymology The genus name is derived from the geographic location of this taxon (Zealand-) with the ending –opterix to link it with other genera of this ‘Australian-group’. 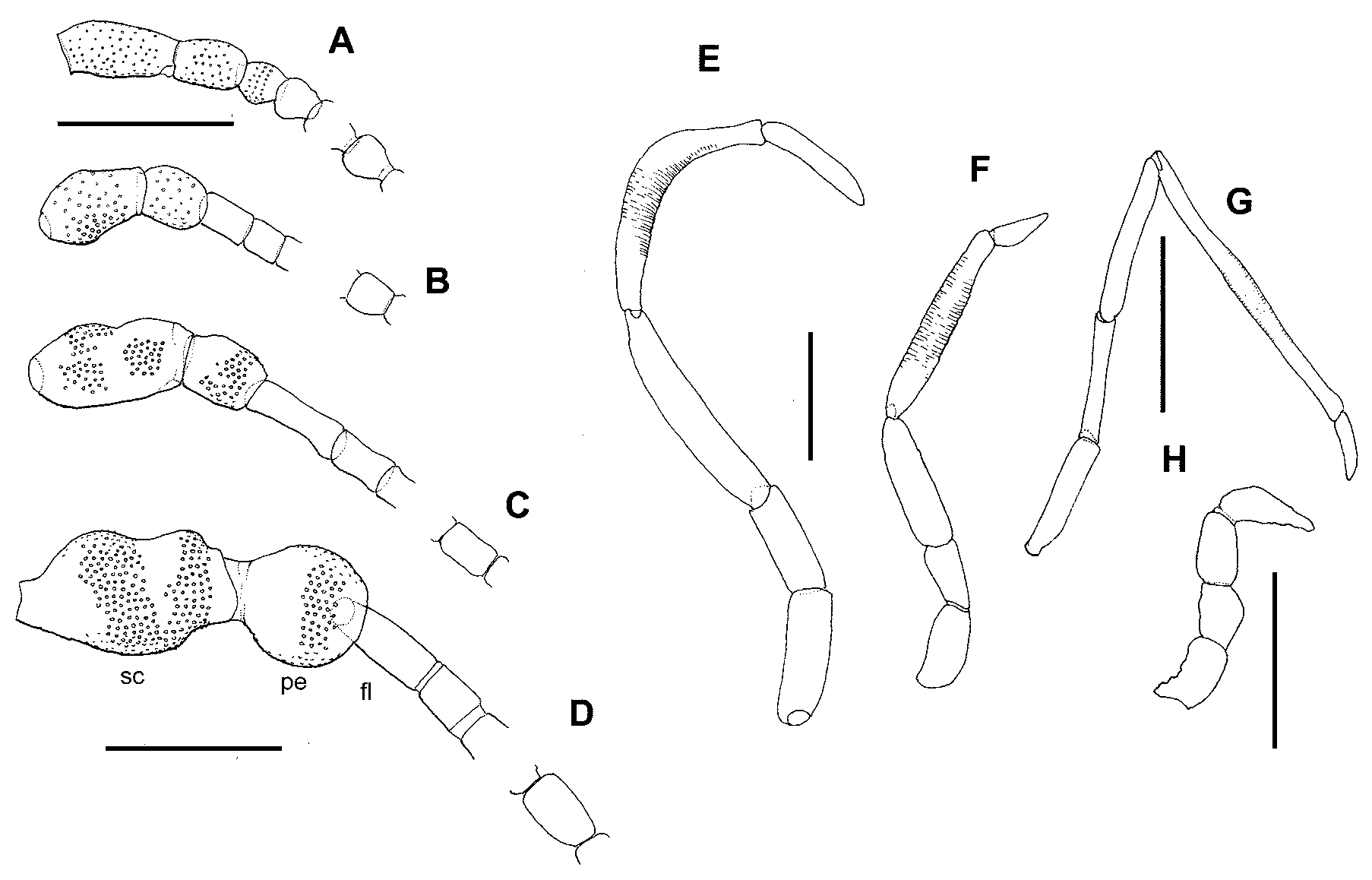 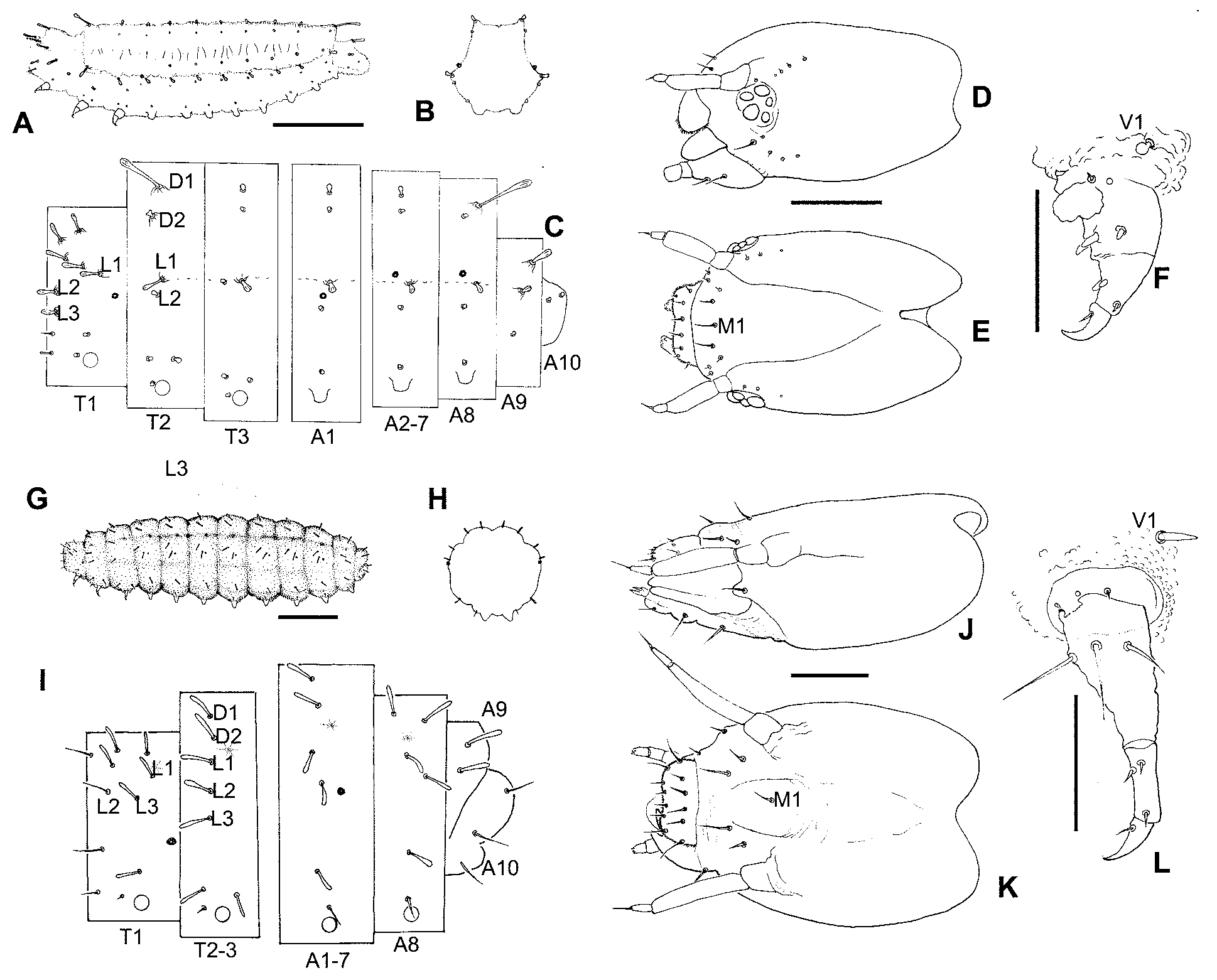 FIGURE 16. A phylogenetic hypothesis for relationships within the clade ‘ Australian group’ as discussed here (only two species of Tasmantrix were included). This diagram represents one clade of an overall phylogenetic analysis of 53 species of Micropterigidae world-wide as revealed in a ML tree from 16 S mRNA. 100 bootstrap values shown. Data courtesy of David Lees, with kind permission of Yukimasa Kobayashi.