Fifth pereiopods chelate. Dactyls with three rows of small ovate scales on proximal half and one row on distal half. Propodal rasp with 13–14 rows of lanceolate scales, extending posteriorly to nearly midpoint of segment. Coxae almost symmetrical.

Remarks. Hendrickx & Harvey (1999) indicated that Pagurus albus   is also present in Costa Rica on the basis of information given by Janet Haig. The examination of the material deposited in the Regional Collection of Marine Invertebrates in Mazatlán and in the Crustacean Collection of the Museo de Zoología revealed, however, that the material from Costa Rica belonged to another species, hence the geographic distribution of P. albus   is currently limited to the Gulf of California, Mexico. 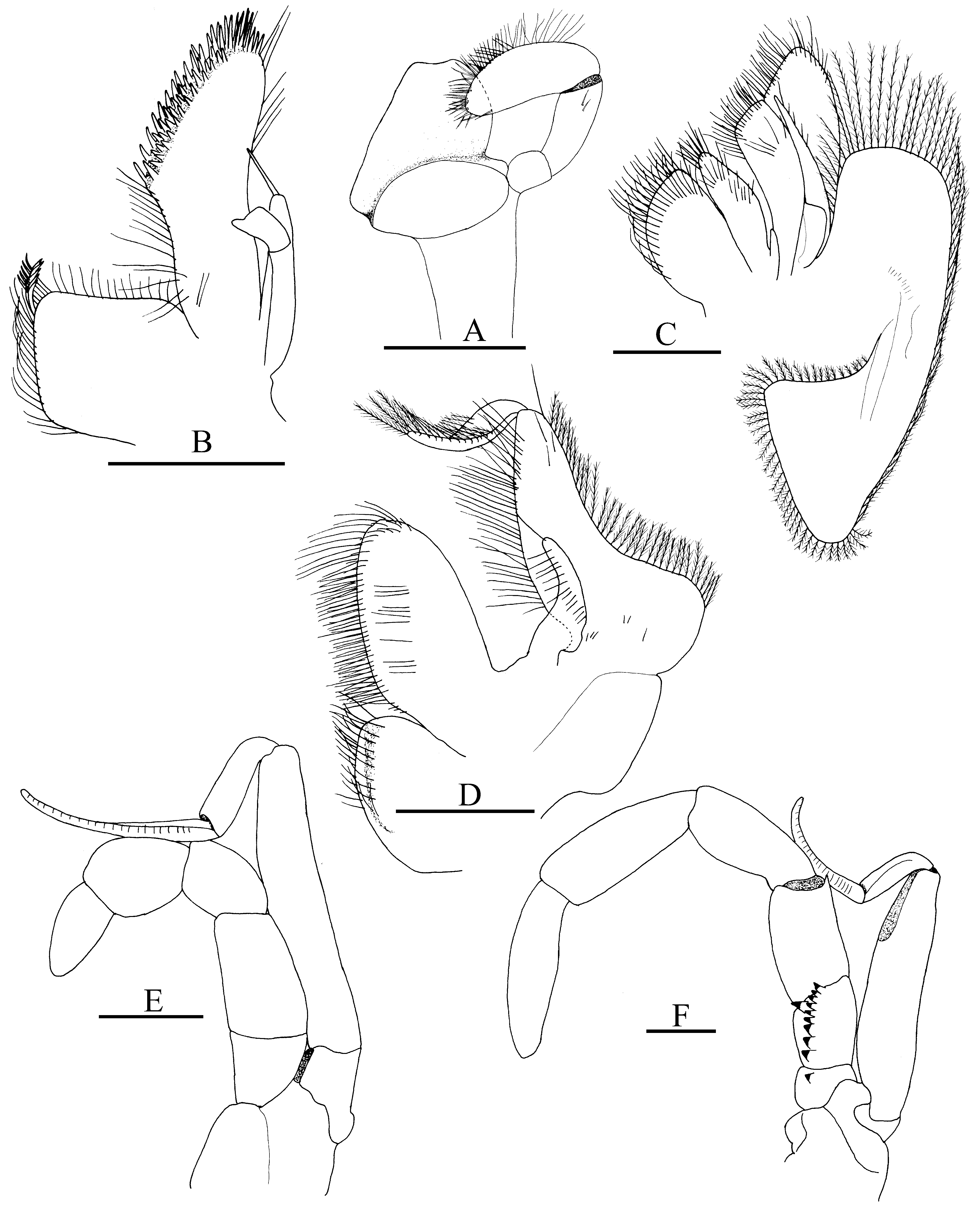