Guaranyperla guapiara was described from adult females and from larvae from the Intervales State Park (around 24°18’S, 45°27’W) and GoogleMaps from one larva from the Biological Reserve of Paranapiacaba (around 23°46.8’S, 46°19’W) GoogleMaps .

Guaranyperla guapiara has been recorded from the coastal mountains of São Paulo state. Avelino-Capistrano & Nessimian (2013) listed this species from Serra dos Órgãos, Rio de Janeiro state. The new collections list herein extends the distribution of this species to Serra do Japi and Serra da Mantiqueira in São Paulo. The larvae from Serra do Japi collected by ASM in 1995 and 1997 and listed as G. spp. in Froehlich (2001), belong to G. guapiara .

The discovery of males of G. guapiara shows that they are very similar to G. beckeri Froehlich 2001 , from Poços de Caldas Municipality, Minas Gerais state. However, the subgenital plate is more broadly rounded and the paraprocts slightly larger in G. guapiara . A half-grown larva from Ouro Fino, cited in Froehlich (2001) (in addition to the data listed originally article, a label has the information "spring of the brook Boaventura, an affluent of the River Mogy Guassu, in the southern part of the state of Minas Geraes, 1300m, rather swift current on stones"), differs from those of G. guapiara particularly in the shape of the thoracic nota ( Fig. 4 View Figs ). In G. sp., the pronotum has a rounded anterior margin, the mesonotum has more prominent "shoulders", and the hind margin of the metanotum is broadly rounded. The abdominal T10 is acute, as in G. guapiara . For comparison, a figure of a half-grown larva of G. guapiara from Serra do Japi is presented ( Fig. 5 View Figs ). A full-grown larva is shown in Froehlich (2001). As Ouro Fino is not far from Poços de Caldas, ca. 50-60 km south and is located in the same mountainous area, the occurrence of a different species in the region suggests more collections are needed before considering a synonymy.

Larvae were collected in first to fifth order rivers with stony bottoms. Adults were on the wing from August to October. The narrow flying period indicates that the species is univoltine. 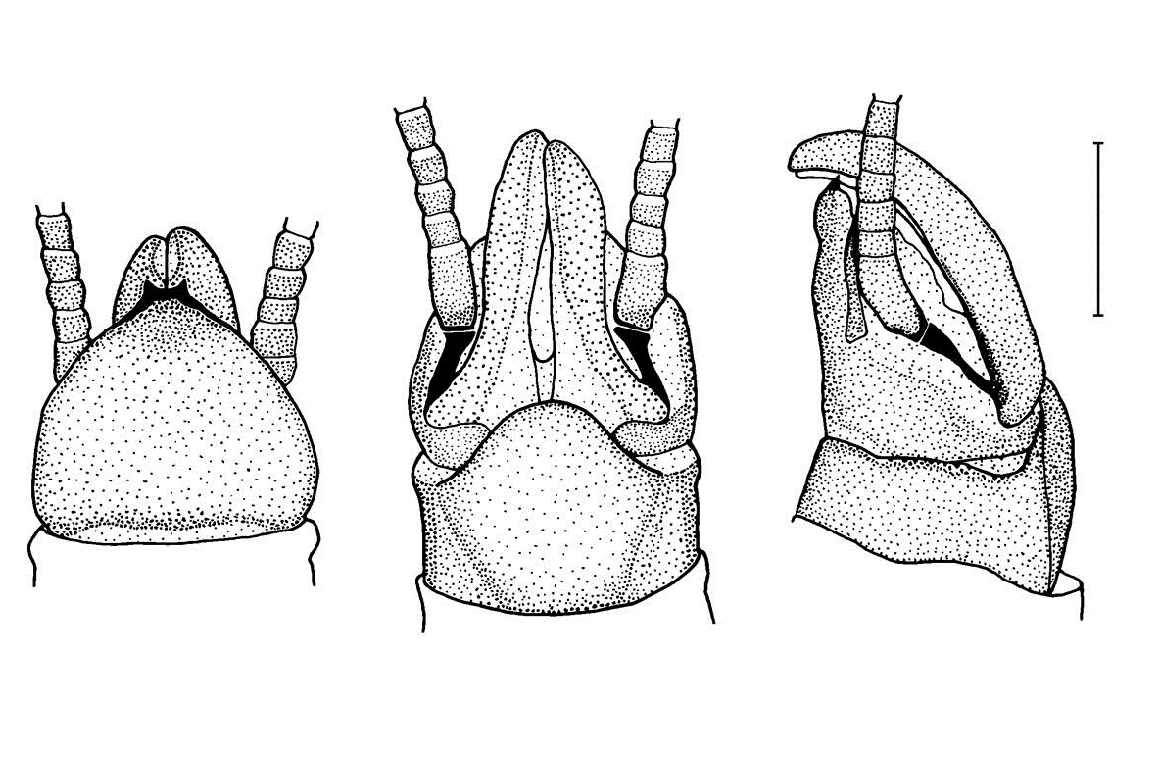 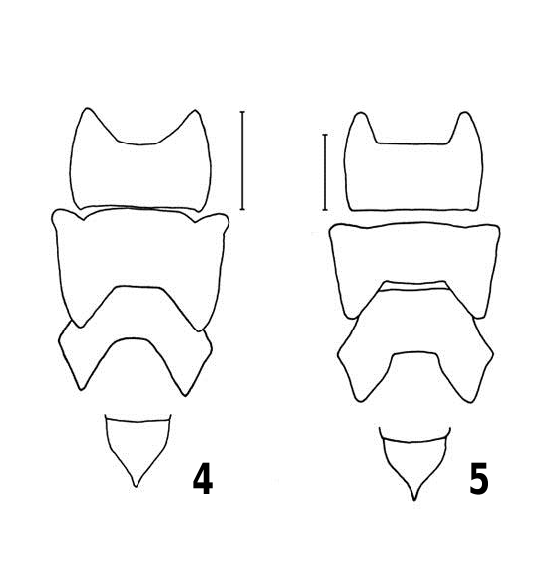