Cuernavaca inexacta  differs from its congeners in its coloration pattern and head traits. The most distinctive features of the male genitalia are the combination of the angular profile of gonostyle, the longest and slender processes in the aedeagal complex and the endosomal processes. Whereas in female, the distinctive feature is the numerous teeth arranged in two subequal and sub-parallel rows on gonapophyses VIII.

Cuernavaca inexacta  can be easily distinguished from the sympatric C. longula  , known to occur in the same habitats and feed on the resources in several areas of South America, by the smaller size, the reddish brown coloration on the base of frons and around base of ocelli, the longer vertex, the frons not so strongly expanded near apex, the gonostyles wider at middle in lateral view with straight and forward directed hook-like process, and the more slender, longer and different shaped adeagal and endosomal processes in male, and the female by the distinctly shorter anal segment and ovipositor, the greater number of teeth lying in two rows on the anterior connective lamina of gonapophyses VIII and the darkish coloration on the copulaporis area.

Female genitalia of Cuernavacainexacta is redescribed and redefined based on examination of the Holotype of Dictyophara inexacta Walker  ( Figs. 2A, BView Figure 2), the paratype female of Taosa paraherbida Muir  (specimen designed as residual type by Fennah, 1947: 9) ( Figs. 2C, DView Figure 2), and 1 female of Taosa inexacta (Walker)  from Guyarmare, Trinidad, Ghauri det. ( Figs. 2E, FView Figure 2) (all in BMNH). We observed that the anterior connective lamina of the gonapophyses VIII have two subequal and subparallel rows of teeth dorsally, each with 10 to 11 sharp denticle. These features contrast with those erroneously described and illustrated by Fennah (1945) for T. paraherbida Muir  as follow: “First valvulae narrow, sinuate, with a row of eight stout, short, triangular teeth on dorsal margin, with a point at apex”. In the remaining features specimens match the original description in every detail; probably the double row of denticles might not have been observed by the author from a side view (p. 464, pl. 12, fig. 306).

Examination of one male specimen of Taosa paraherbida  bearing Muir’s identifcation label from Colombia (BMNH) ( Figs. 2G, HView Figure 2) as well as those field collected specimens from Peru and Argentina, allowed us to provide a more complete description. We also noticed very little intraspecific variation in color and morphology among the adults in both sexes.

According to previously published records and voucher specimens from the BMNH, MNHN and MLPA, the three species of Cuernavaca  are distributed over Central and South America, reaching north and central Argentina in the southernmost distribution ( Fig. 3View Figure 3). 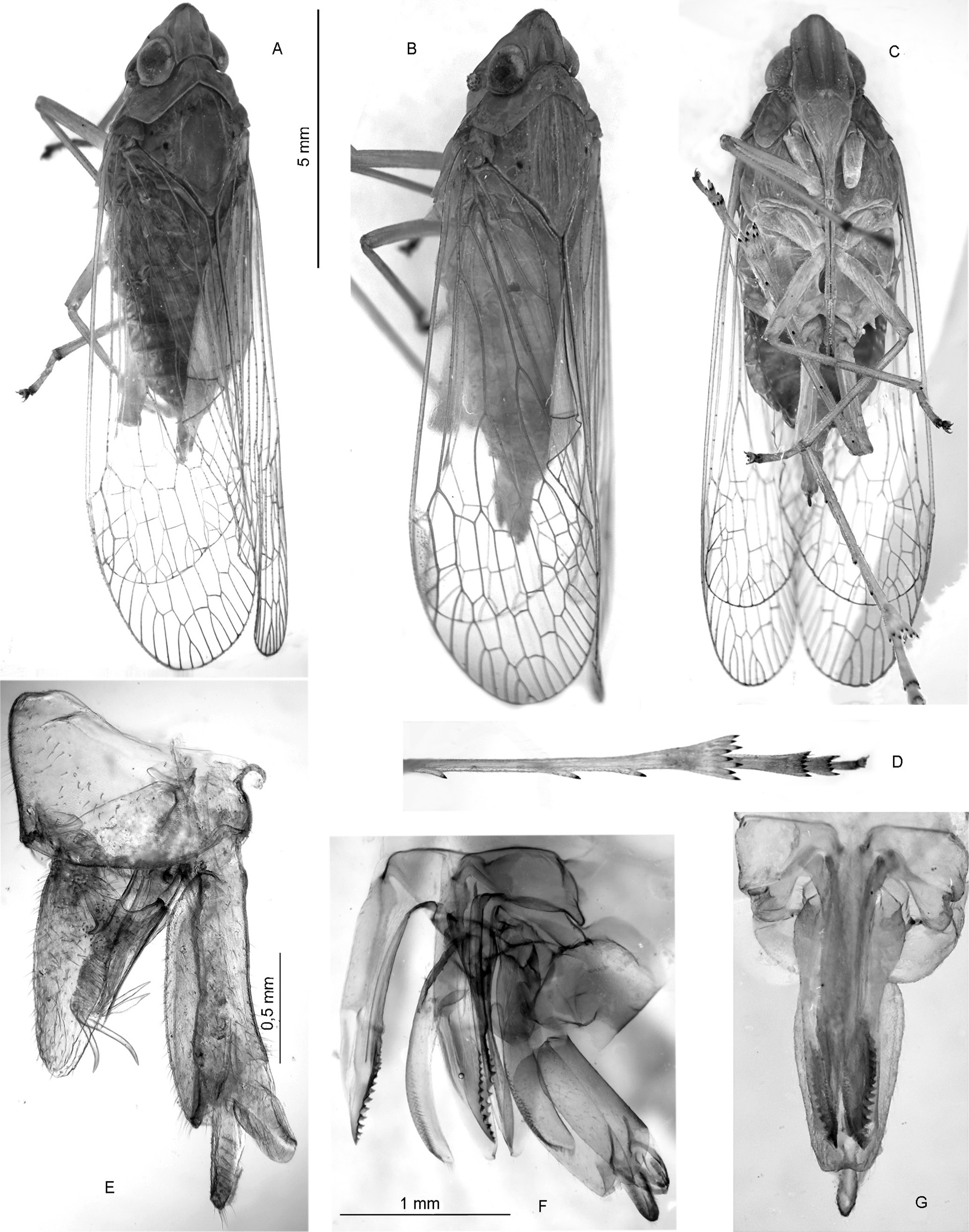 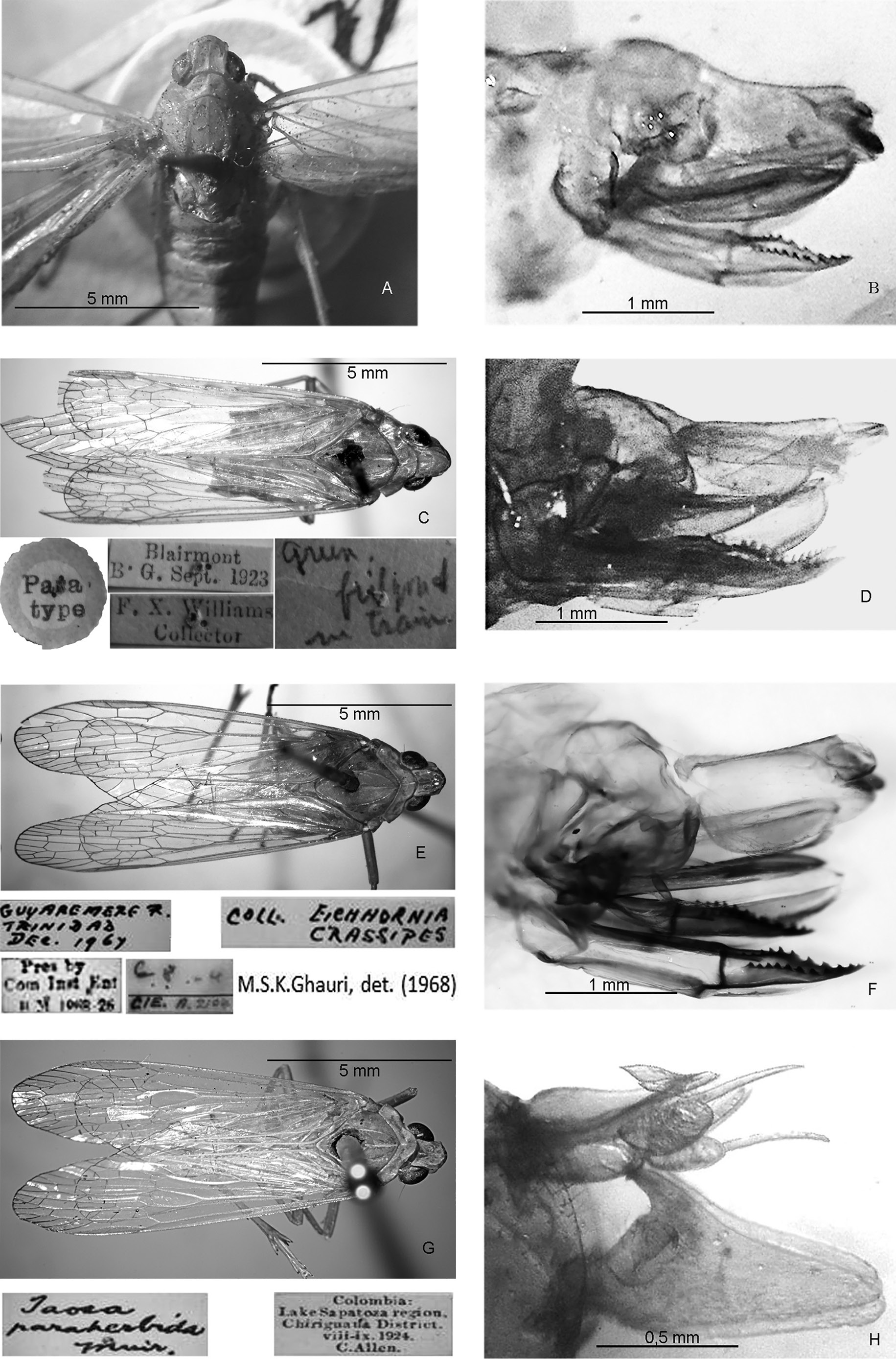 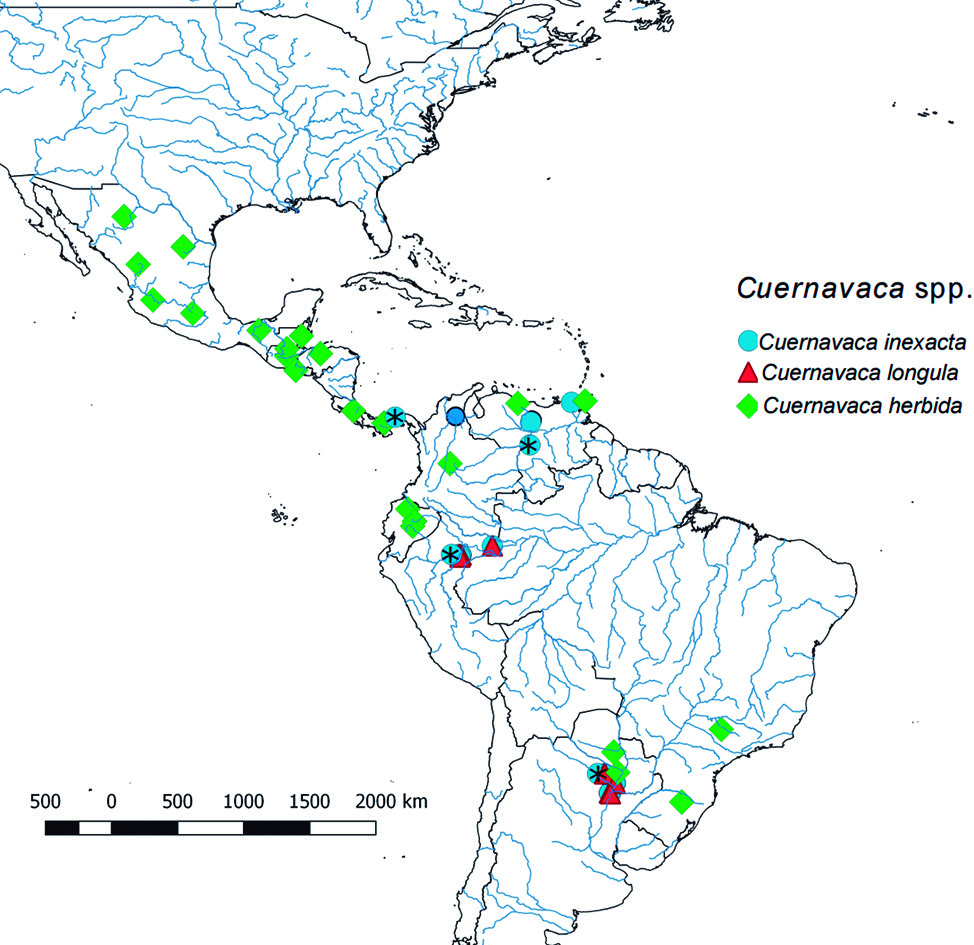 Figure 3. Distribution map of Cuernavaca species based on records from the literature and examined specimens.Localities are listed in the corresponding document;new distributional records are marked with an asterisk (*).