Body length. 0.9-1.1 mm, wing length 1.0- 1.1 mm by 0.4- 0.5 mm (width). Similar to male, but face wider (about as wide as width of first flagellomere) and narrowest at mouth; antenna ( Fig. 6B View FIG ) smaller, but still somewhat enlarged, globular and reflecting the same general shape as in male; legs without outstanding setae or hairs. Wing essentially as in the male ( Fig. 7 View FIG ).

This species resembles the E. magnicornis   species group established by Robinson (1975) for species having males with an enlarged antenna and broad face. However, E. colossicornis   n. sp. is distinct in having the male face not as wide and males with fore tarsus unmodified. The shape and size of the male antenna and the uniquely plain male fore tarsus suggests that E. colossicornis   n. sp. might be a basal species within Enlinia   . 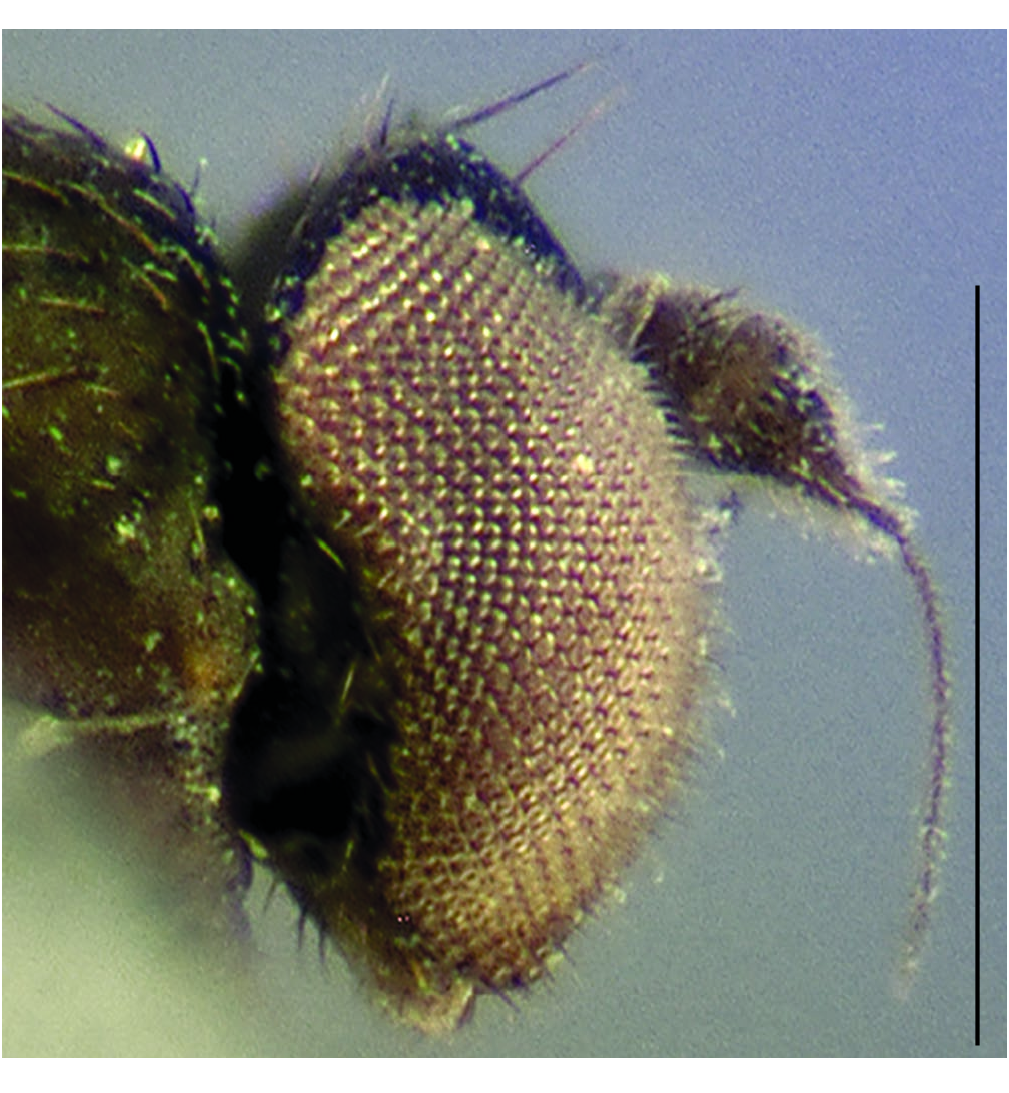 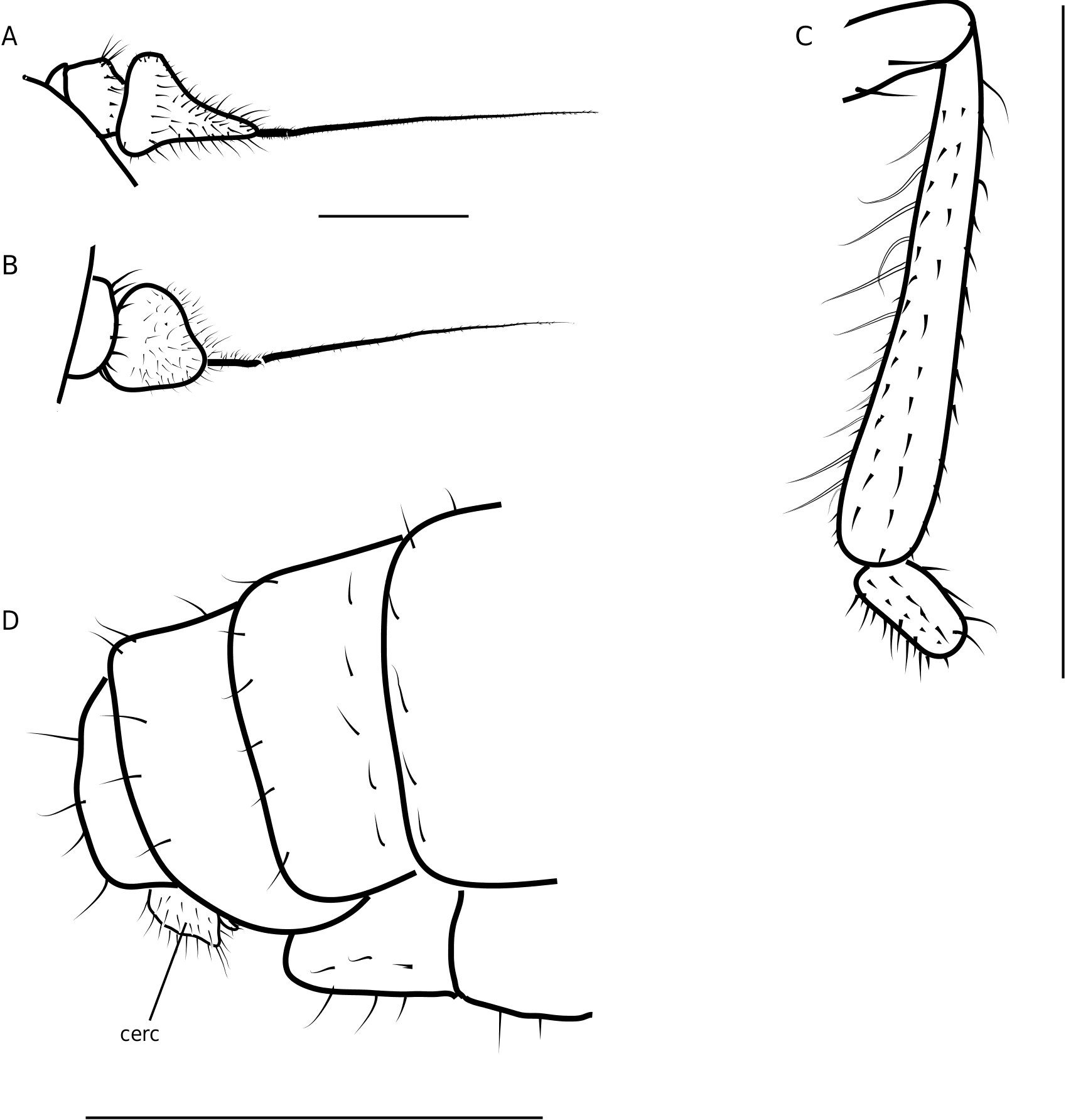