Etymology. Named for Ed Bousfield in recognition of his insightful work on talitrid amphipods.

Habitat. Intertidal in mangroves, under and in rotting logs.

No male of M. similis   has been reported, but the females differs in the posterior margin of pereopod coxa 6 which is has no marginal setae in M. bousfieldi   (setae present in M. similis   ); in the posterior margin of epimeron 3 which lacks setae and the posteroventral corner which is narrowly rounded (setae present and posteroventral corner with a small subacute spine in M. similis   ); uropod 3 peduncle and ramus slightly more setose in M. bousfieldi   . 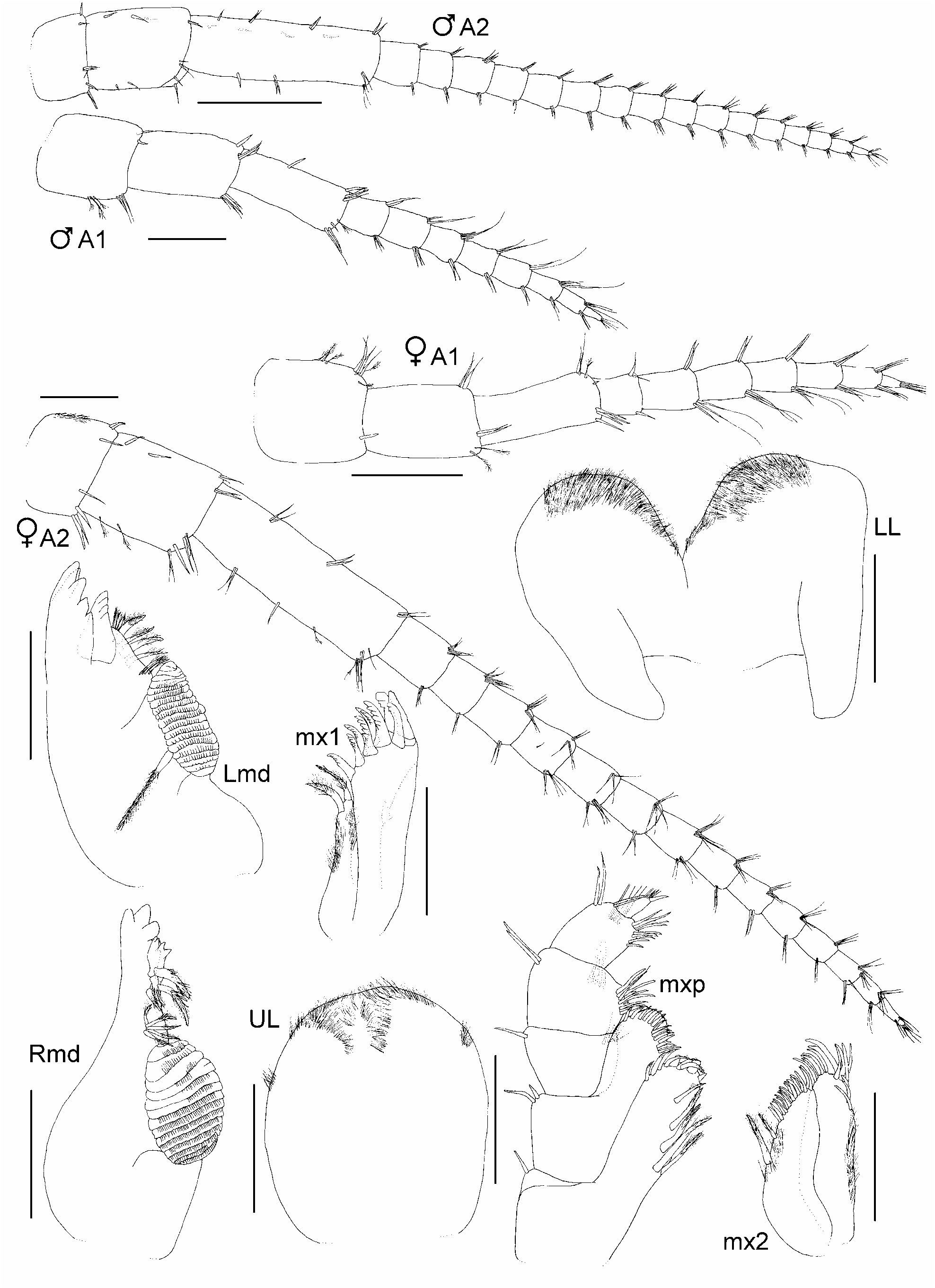