Diagnosis. Coleophora camerunensis   is a small, dark brown species, with a lighter narrow line along the costa. It belongs to a group of species that includes C. presbytica Meyrick, 1921   and C. etoshae Baldizzone & van der Wolf, 2011   , which share the same habitus. The genitalia are very similar in all three, but in the male of C. camerunensis   the dorsal part of the juxta rods is in the shape of an obtuse angle rather than an arrow tip like, as in the other species, In C. camerunensis   the cornutus is long, thin, and needle-shaped, whereas C. etoshae   has two short and curved cornuti, joined at the base to form a claw ( Fig. 41 View FIGURES 36–41 ), and C. presbytica   has a very long, thin and curved cornutus ( Fig. 40 View FIGURES 36–41 ). In the female genitalia, the most comspicuous distinguishing characteristic is the spinulate part of the ductus bursae: in C. etoshae   there are no spinose parts in the transparent ductus ( Fig. 44 View FIGURES 42–44 ), and C. presbytica   has the ductus with the spinose area twice as long as that of C. camerunensis   sp. nov., and the spines completely envelop the ductus ( Fig. 42 View FIGURES 42–44 ), whereas those of the new species are arranged in two short bands; moreover, in the proximal part of the colliculum, there is also a short, but evident median line, absent in the other two species.

Distribution. The species is known only from Cameroon.

Etymology. The name derives from the country in which the specimens were collected. 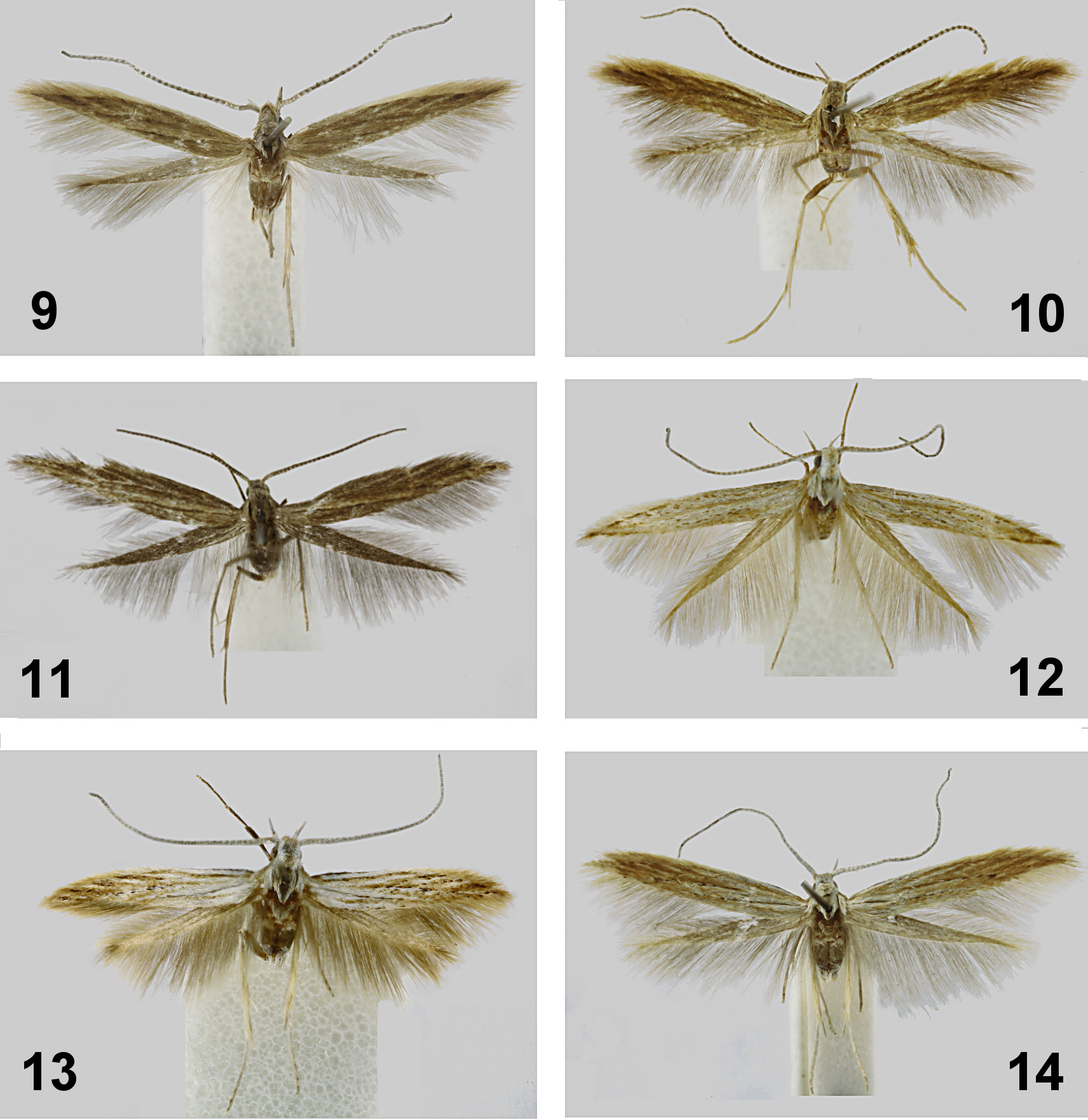 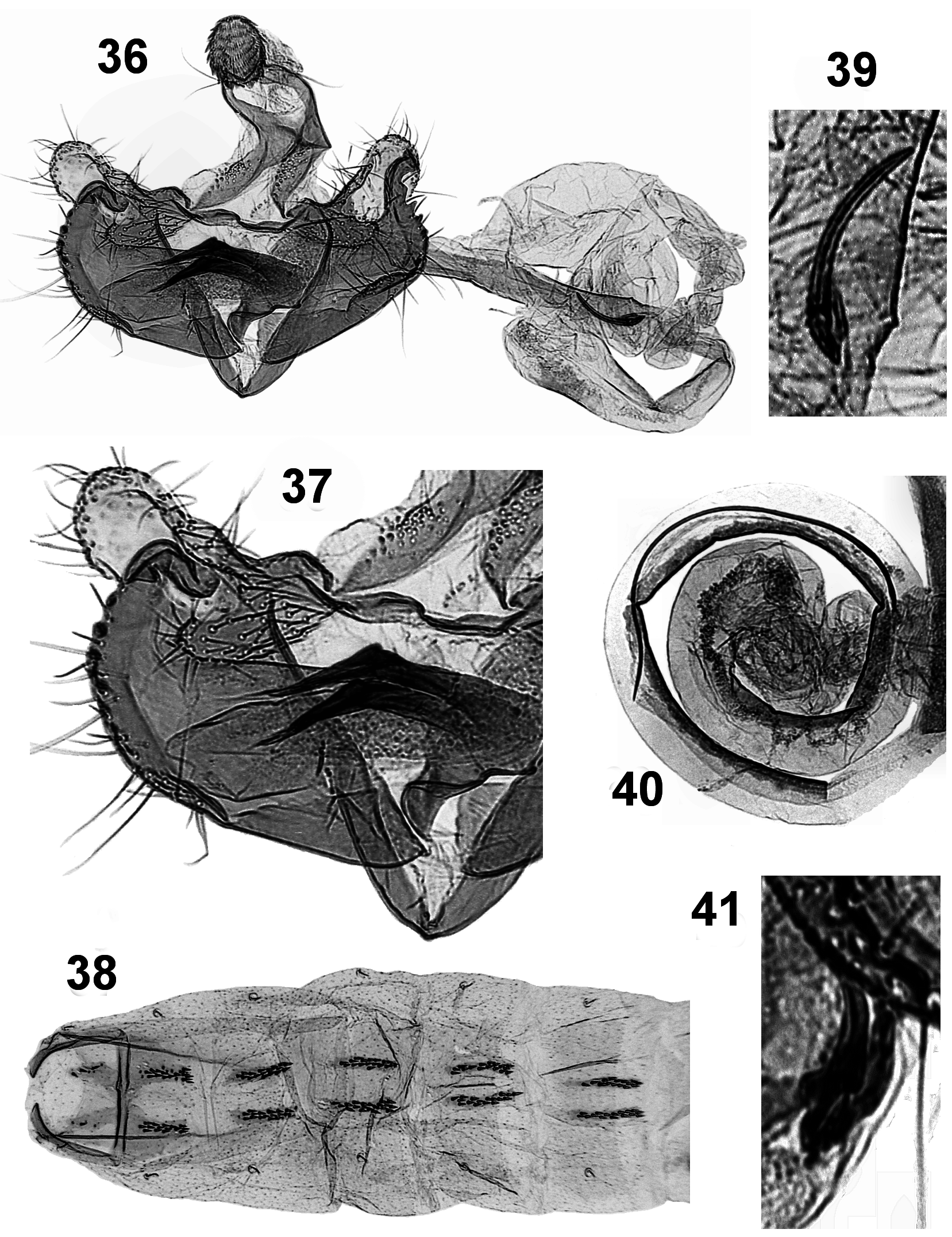 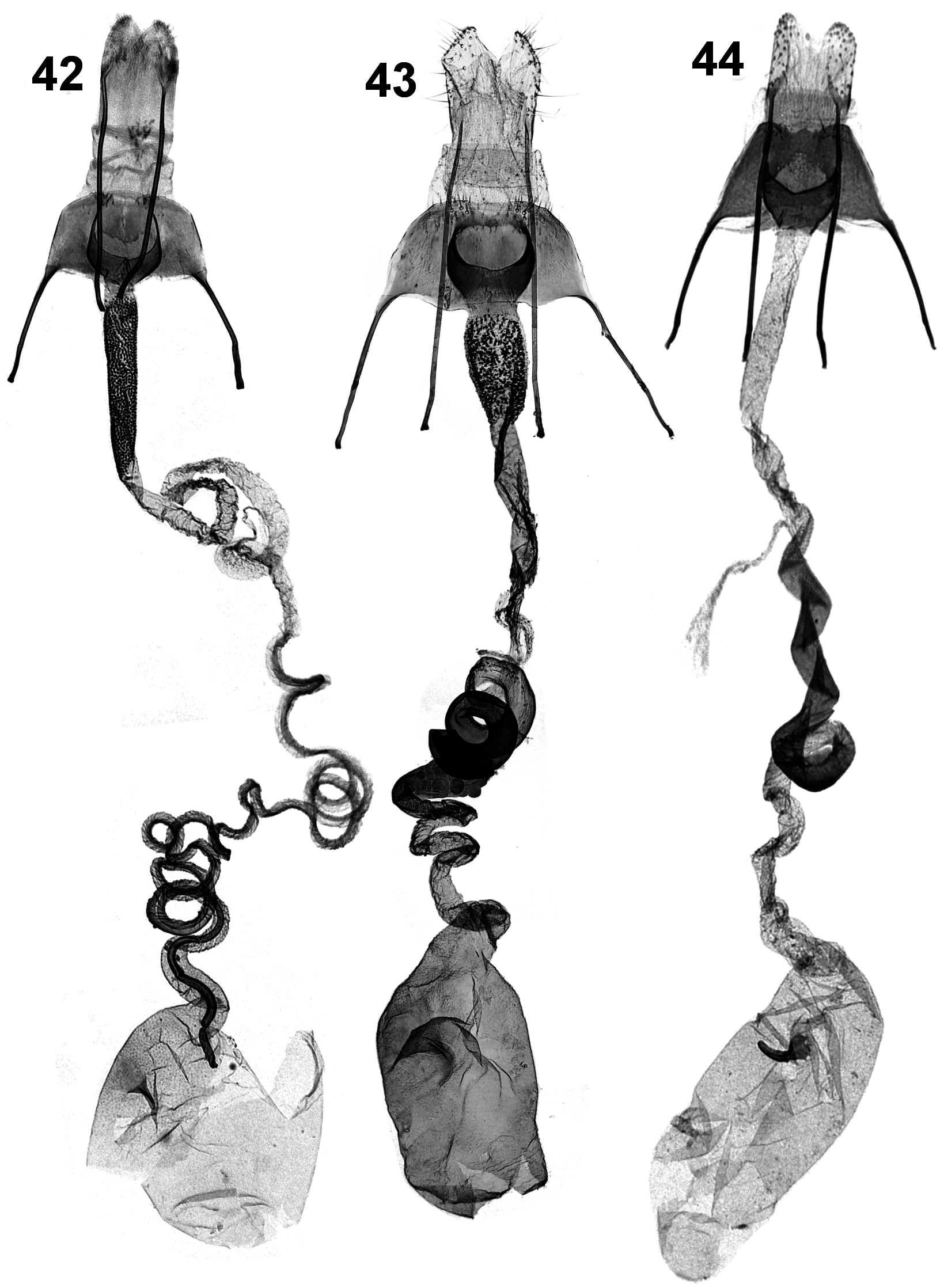