Etymology. The name is in honour of the Kamba people who live in the region where the holotype was collected.

Head 1.04× as wide as long and 0.87× as high as long; eye 1.32× as long as high; temple 0.52× as long as eye. In dorsal view, apices of the four horns at same level. Frons with preorbital ridges. IHL 1.65× as long as distance from end of scrobal depression to median ocellus and 1.37× as long as ocular-ocellar distance; inner edges of inner horns diverging at an angle of approximately 30° (Fig. 133). Frontovertex 2.61× as wide as IHL. Distance between lateral ocelli 1.84× as long as inter-ocellar distance.

Mesosoma relatively long, 1.61× as long as wide with mesoscutellum 0.74× as long as wide (Fig. 132). Propodeum with anteromedian areola cordiform, as long as wide, with complete irregular ridge crossed by transverse rugae; areola followed by short median adpetiolar carina; secondary areolation present all over; spiracular teeth narrowly rounded at apex and rising markedly upwards. Subcoxal tooth on posterior margin of metepimeron sharp. Some of upper crests on femoral groove of mesepisternum fading anteriorly. Metacoxa and metafemur respectively 1.70× and 1.48× as long as wide. Metatibia with 23 short and adpressed setae in 2 rows along outer edge of tarsal sulcus (Fig. 137). Fore wing 2.71× as long as wide; marginal vein 0.84× as long as costal cell.

Recognition. This species can be recognized by the absence of the extremely long setae found in D. gigasetosus   , the presence of a preorbital ridge (absent in D. leakeyorum   ), the inner horns moderately long, their inner edges diverging at an angle of approximately 30° (horns shorter in D. quadrhinus   ); petiole sloping strongly backwards with distinct submedian carinae delimiting a median sulcus (submedian carinae and median sulcus absent in D. maasaii   ); and strigose area of first gastral tergite mostly smooth between crests (rugulose-reticulate anterolaterally in D. maasaii   ).

Host(s). Unknown, but probably Diptera   based on the behaviour of other species in the subfamily to which it belongs. 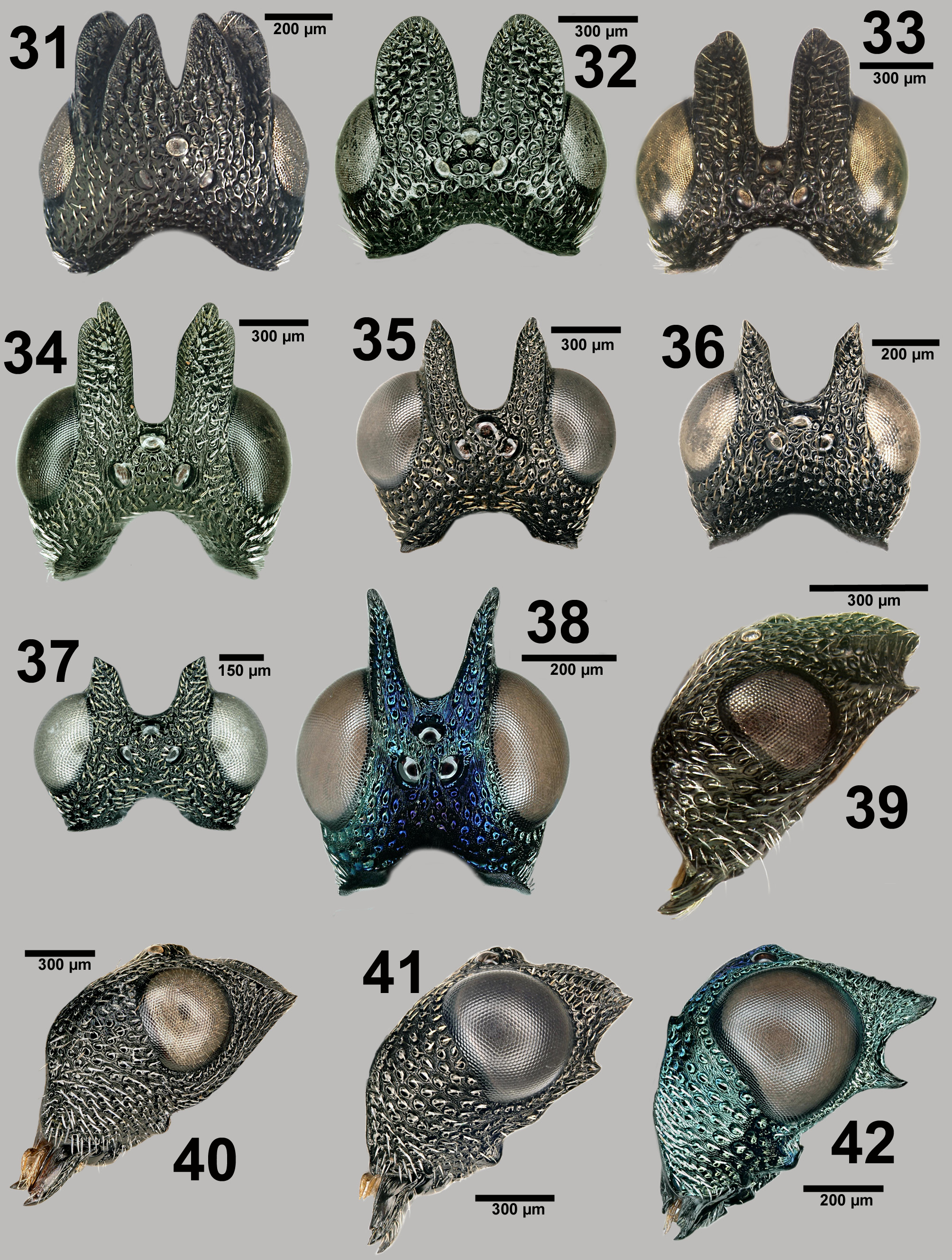 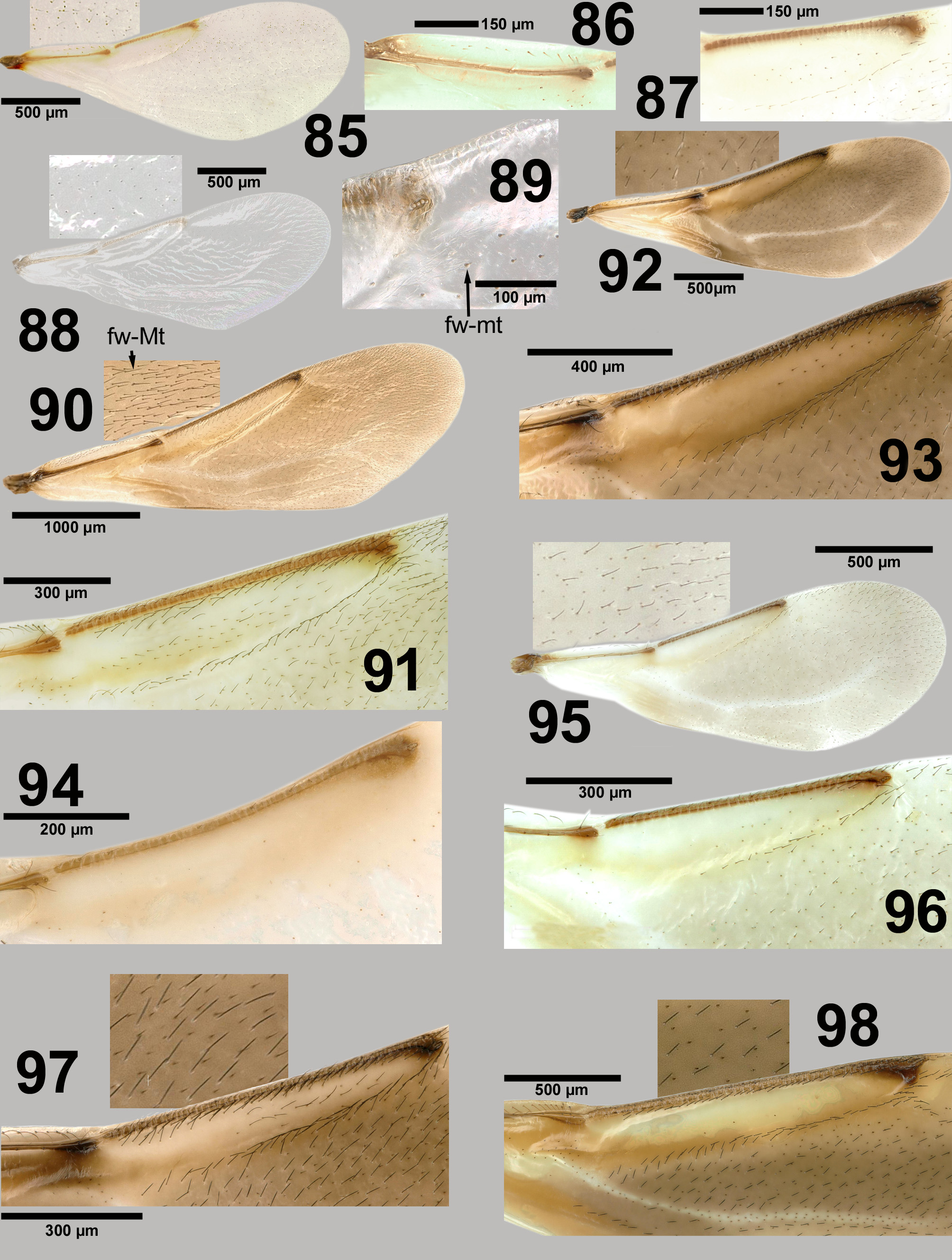