Diagnosis. Adelius fasciipennis   is easily distinguished from other Nearctic species by its relatively large mostly yellow body, its antenna being apically brown with its apical flagellomere very short and nearly circular, the fore wing having two broad infuscate bands, and ovipositor sheaths being narrow and acute apically. See diagnosis of A. coloradensis   for comparison with A. fasciipennis   .

Biology. Recorded as reared from the bast-miner Ectoedemia phleophaga Busck, 1914   ( Nepticulidae   ) on American Chestnut ( Rohwer 1914). Unfortunately, due to the spread of chestnut blight and the decline of the American Chestnut tree, this host larva species is now listed as extinct ( World Conservation Monitoring Centre 2018). Whether or not this Adelius   species is also extinct is not known. If the wasp has a broader host range including other nepticulid species on other plants, then it might still exist; if it was a host specialist, then this Adelius   species is probably extinct. The last reported record of the species was in 1970, from New Jersey ( Burbutis & Stewart 1979).

Distribution. Previously known from the US states of New Jersey, Virginia, and Wisconsin. 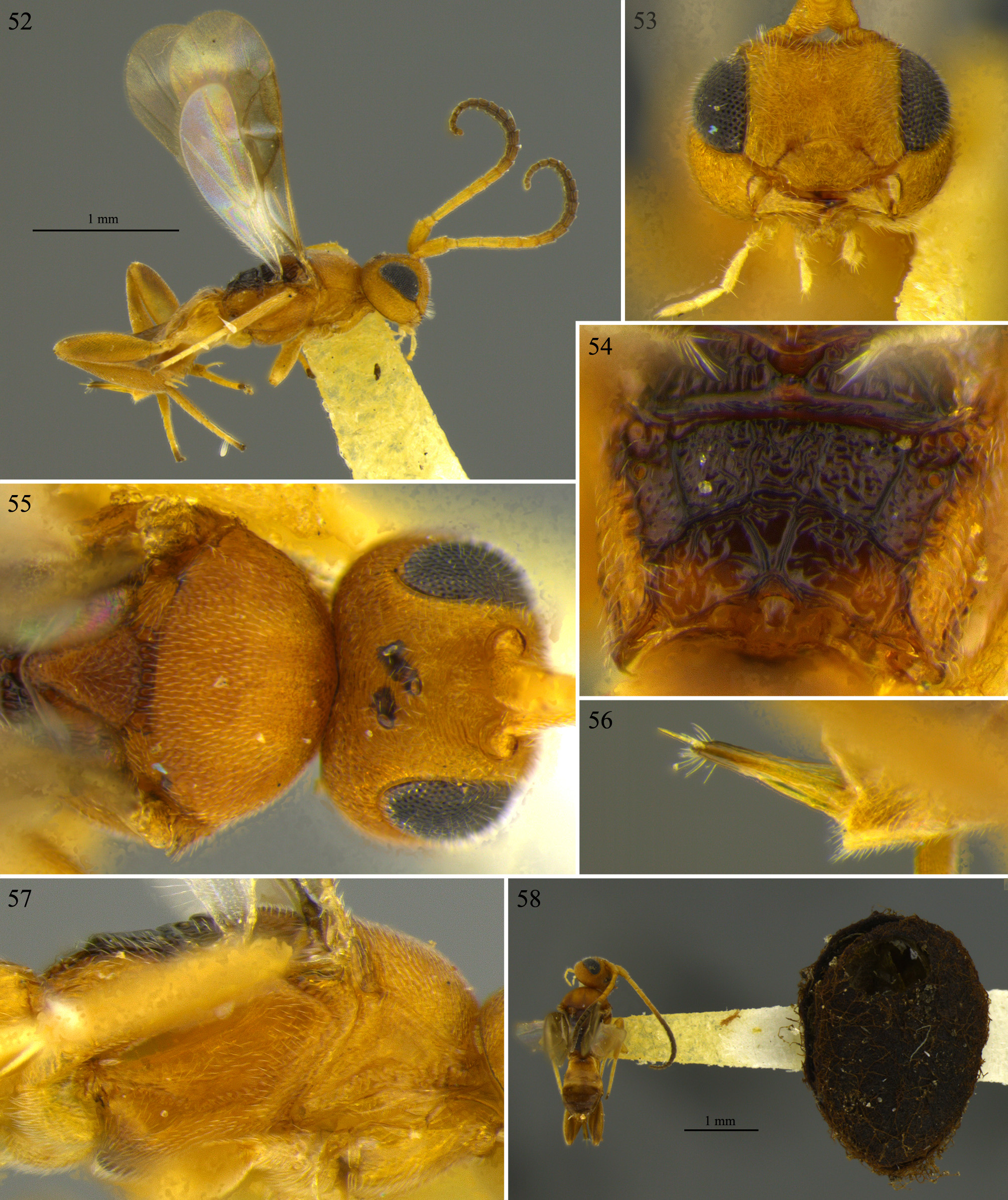