Whitish colonies forming extensive crusts, up to tens of cm in diameter and 3–4 mm in thickness. The tunic is filled with spicules 10–30 µm in size, stellate with about 8–9 short rays in optical section. Often, rays are blunt and irregular, giving an almost spherical appearance to the spicule. The general cavity is extensive at the thoracic level, often with accumulated faecal pellets.

The zooids are small and highly contracted. The branchial sac has a large aperture and 4 rows of stigmata. The thoracic organs lie at the posterior part of the branchial sac. There is a developed retractor muscle. The abdomina are embedded in the basal test and do not have gonads in the observed specimens.

Remarks. this species is common in Antarctic and subantarctic waters (Monniot & Monniot 1983). Although we couldn’t observe gonads in our material, the spicules, larvae and general shape of colonies and zooids allows the assignment of our specimens to this species. 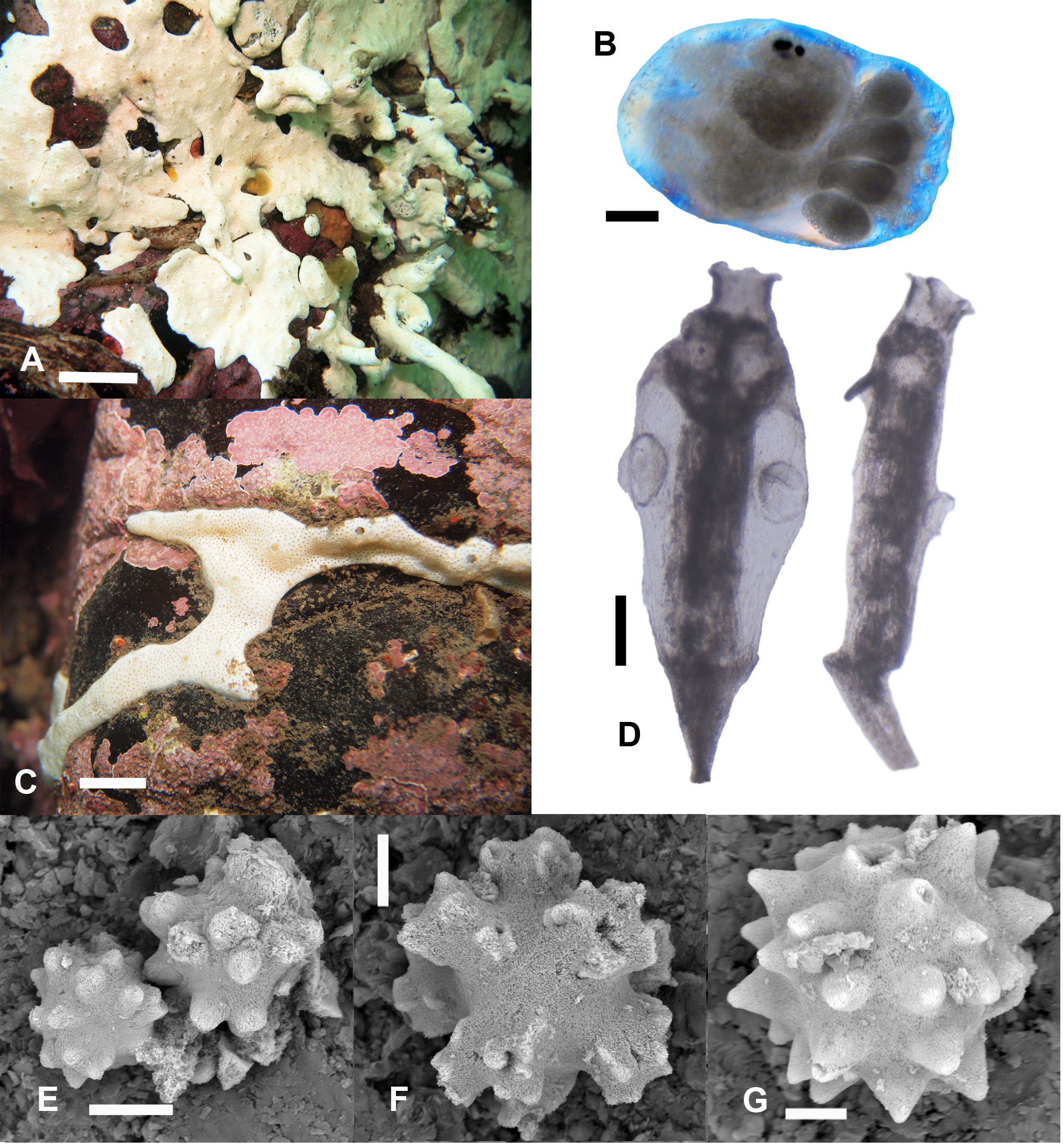 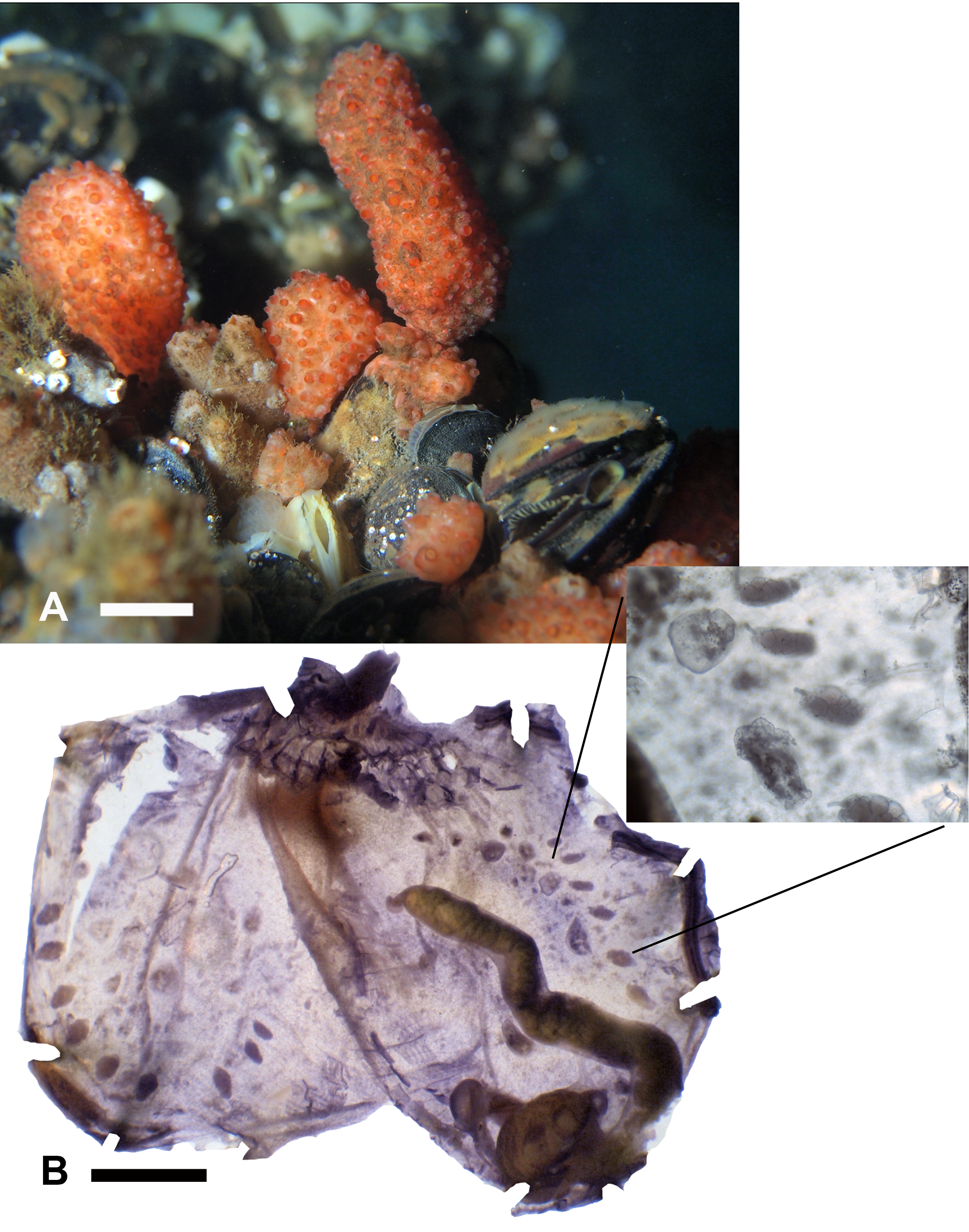 FIGURE 12. Polyzoa opuntia. A, colonies; B, zooid dissected without branchial sac (stained), inset shows magnification of gonads and endocarps on the left side. Scale bars: A, 2 cm, B, 1 cm.