Colonies were thick encrusting forms (up to 10 cm in diameter and 2.5 cm in thickness) of orange colour. The tunic is soft and free of sand. Circular or meandering systems of zooids can be seen in live material.

The zooids measure up to 14 mm, of which the (partially contracted) thoraces are up to 3 mm and the abdomina 1.5 mm. The oral siphon has six lobes and the atrial aperture is at the level of the third stigmata row. There is a short and simple atrial languet. There were 13 stigmata rows (occasionally 14–15) with 15–18 stigmata per half row. The digestive system comprises a stomach with ca. 14 longitudinal folds (some of those facing the intestine may not be complete). There is a post-stomach, an oblique or horizontal mid-intestine marking the lower part of the digestive loop, and a long posterior intestine with a couple of proximal caeca. The intestine ends near the atrial aperture.

There are well developed gonads in most zooids, with an ovary at some distance of the intestinal loop and male follicles loosely arranged in two or more rows. Some zooids had embryos in incubation in the peribranchial cavity, to the right of the intestine. Up to 9 embryos aligned in a row were observed (the alignment can be lost in the posterior part). The more developed embryos were fully formed larvae, with 0.75 mm of trunk length, three adhesive papillae, and numerous small vesicles in the anterior part of the larva.

Remarks. the colonies superficially resemble those of A. fuegiense , but the tunic is softer and some characteristics, such as the number of stomach folds, are widely diverging. The larval characteristics (not observed here for A. fuegiense ) are also distinctive between these species (Millar 1960). It is a circum-subantarctic species extending from the littoral zone down to 500 m (Monniot & Monniot 1983). 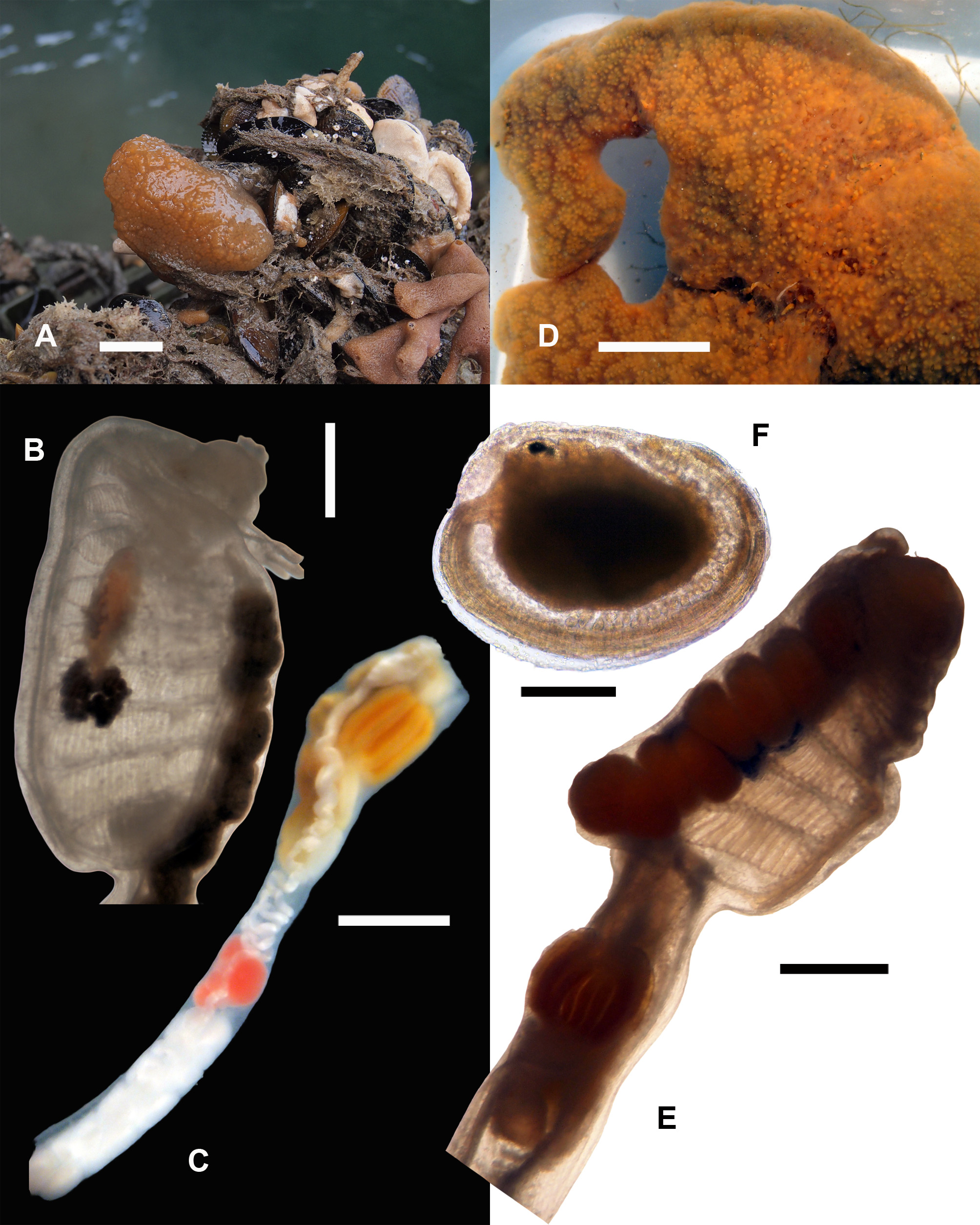