We have found one colony of this colonial Styelidae , in the underside of a shallow boulder. The zooids (up to 3 mm in height) are united by stolons. There are small zooids and buds along the stolons. The tunic is whitishbrownish. Internally, there are about a dozen well-developed tentacles (and smaller ones in-between) and the neural gland opens in a vertical slit. The branchial sac has 6 longitudinal vessels on the right and 4 on the left. There are 7– 9 stigmata, with parastigmatic vessels, in the wider meshes.

The digestive system forms an open loop and ends in a slightly bilobed anus. The stomach has ca. 12 folds and a long and curved pyloric caecum. There are three elongated endocarps attached to the body wall at each side.

There are up to 12 hermaphrodite gonads on the right, alongside the endostyle. They are sac-like or elongated, with a wide female opening at one end, and a male opening forming a slender tube in sub-terminal position. In some cases the posterior gonads have only a ball-like male follicle. On the left there are from 2 to 6 gonads. When there are only two they are exclusively male. When they are more numerous, the posterior ones are hermaphrodite and the anterior ones male only. There are numerous larvae in incubation in the peribranchial cavity of some zooids. The larvae have a trunk length of up to 0.7 mm, three conical adhesive papillae and a single pigment spot.

Remarks. Monniot (1970) stressed that the species of the genus Polyzoa can be distinguished first by the number of branchial vessels, then by the structure of the stomach folds and, finally, by the form and shape of the colony. Our specimens, with 6 and 4 longitudinal vessels at each side, agree with the description of P. minor from the Kerguelen Islands (Monniot 1970). In a second report (Monniot & Monniot 1973) gives a more detailed description, highlighting some variability in the number of branchial vessels and the number of gonads. Our specimens have in general more gonads than described (up to 8 on the right and 4 on the left), but the general characters are in good agreement with the descriptions. The larvae are here mentioned for the first time in this species.

The fact that the species has been so far reported only from the Kerguelen Islands (S Indian Ocean) casts some doubt about its identification. There may be several Polyzoa with small zooids and more observations and genetic analyses are called for to clarify their taxonomic status. For the time being, in absence of clear discriminating characters, we assign this specimen to P. m i n or and expand therefore its distribution range to temperate E Pacific. 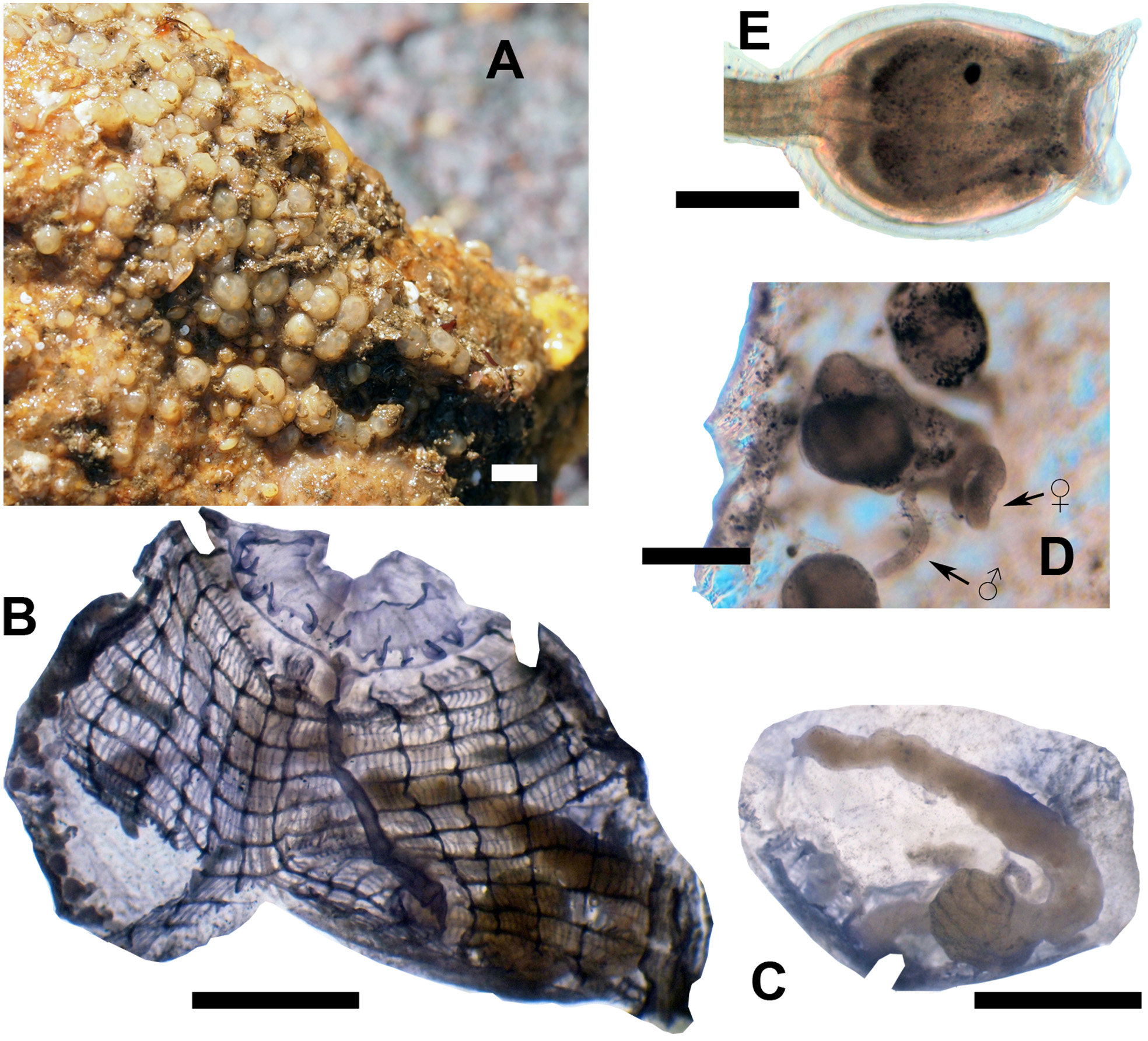