The individuals are ovoid, up to 6 cm in maximal dimension. The oral siphon is terminal and the atrial siphon is widely separated from it. The individuals are borne on a stalk that originates ventrally. The tunic is thin but firm, of brownish-pinkish tones, and is covered by branched spines (to 0.5 mm in length). The tunic of the inner side of the siphons is carpeted by minute (70–100 mm) pointed spines. There are ca. 12 well-developed branched tentacles with smaller ones in-between. The aperture of the neural gland is “U” shaped with horns rolled inward. There are seven folds on each side of the branchial sac. The stomach is long, and the intestine describes a narrow primary loop all along the ventral side, with almost no secondary curvature. There is one gonad on each side, the left one within the intestinal loop. The most prominent internal feature of this species is the presence of two big endocarplike elongated masses at each side of the body (dorsal to the gonads and digestive tube), and three rounded, smaller ones surrounding the aperture of the atrial siphon.

Remarks. This is a well-known species present in the Patagonian shelf and the Falkland Islands. Sanamyan & Schories (2003) report its presence in the vicinity of Punta Arenas. Monniot & Monniot (1983) discuss the morphological features of the stalked Pyura species from the Antarctic and subantarctic waters. 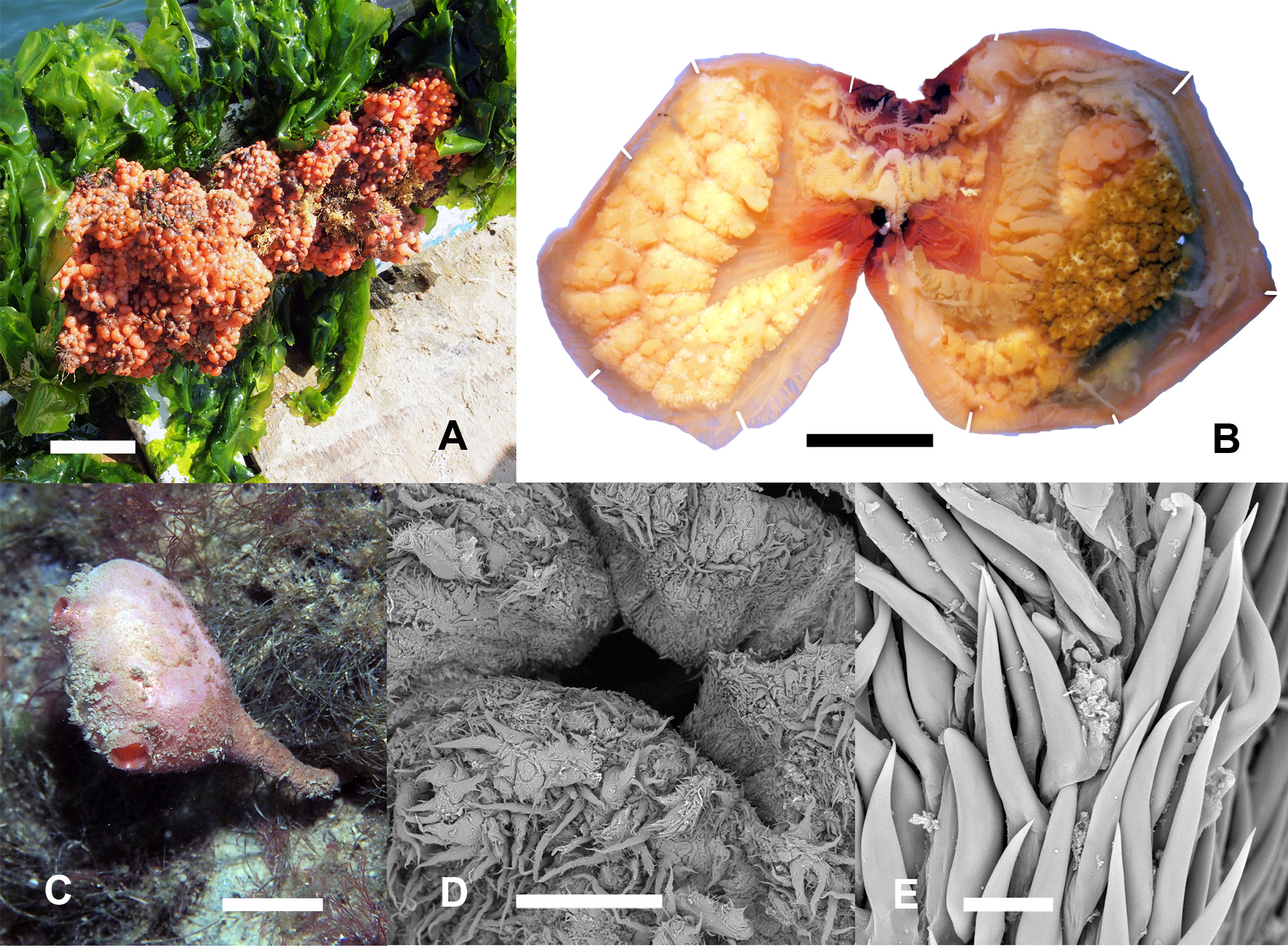