Natural history. Unknown, as the specimens were collected in an emergence trap; however, one of us (WP) noted large numbers of termites in the wood over which the trap was placed. The wood was various small tree branches, some of which were in water, and some of which were dry.

Derivation of specific epithet. Named for one of the grandchildren of Jorge Arturo Lizano, owner of the Zurquí property, who graciously allowed us to operate our project in this remarkable forest.

Possible male specimens. In addition to the females described herein, 16 males that we classify as belonging to the Metopina -group of genera (Brown 1992), were found in the same sample. In the latest key to phorid genera ( Disney 1994), these males key to the second lead of couplet 217, along with a few other genera of brachypterous to apterous antassociated phorids whose males have neither been sufficiently differentiated nor associated with their corresponding females. These males would key similarly key to the second lead of couplet 104 in the Manual of Central American Diptera key to phorid genera (Brown et al. 2010), which is also a dead end for several Metopina -group genera. Although these specimens potentially are the males of Lenkoa phillipei , we have no decisive data to make this claim. We briefly describe and illustrate them herein to facilitate their future recognition.

Taxonomic notes. Some features of Lenkoa phillipei are convergent on the structure of termitophilous Old World phorids in the subfamily Termitoxeniinae , especially the enlarged, white abdomen and the cylindrical, sparsely setose legs (Brown et al. 2015). The structure of the abdomen, however, with its distinctive gland openings, shows that this is a metopinine fly, as is also possibly indicated by the associated males. 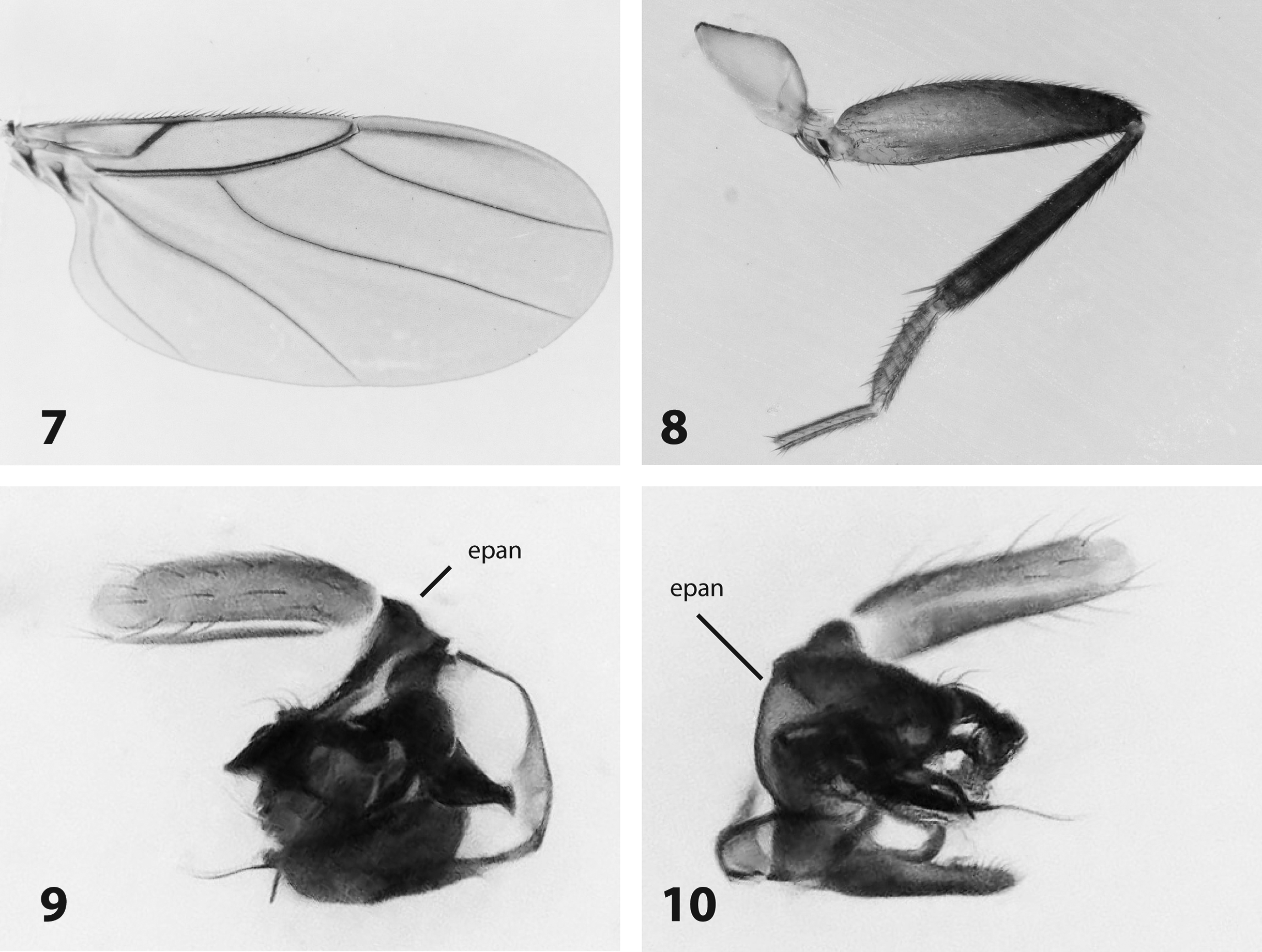