Etymology. Named for Koombooloomba , the locality where the entire type series was collected. This name should be treated as a noun in apposition.

Elytra: Elytra with small flange at most, surface smooth. Intervals finely punctate and not reticulate. Striae 1–5 superficial but clearly visible, striae 6–8 obsolete. Ratio of length of elytra along suture to maximum elytral width 72:77.

Legs: Protibiae with 3 teeth on outer edge, which is serrate between teeth and proximal to them; each tooth with 1 group of setae dorsally, front edge straight between apical tooth and small inconspicuous spur. The tooth on underside near base of tarsus is a blunt projection. Protibiae inner apex expanded, with a comb and a brush of setae. Claws small and toothed. Mesotibiae slightly expanded, densely setose on inner side. Metatibiae bent with an indentation, with small tooth at inner apex and not crenulate ( Fig. 8 View FIGURE 8 E).

Abdomen: Pygidium with deep, curved transverse groove at the base about 3/4 the width of the pygidium and not reaching basal angle. Ventrites with fine reticulation, absent from middle 1/3, with a row of punctures along the anterior edge of ventrites 2–5, ventrite 6 finely punctate. Sutures between abdominal ventrites slight.

Distribution. See Fig. 5 View FIGURE 5 B. Known only from the Koombooloomba area, northern Queensland at about 750 m. Collected in rainforest in pitfall traps and intercept traps. 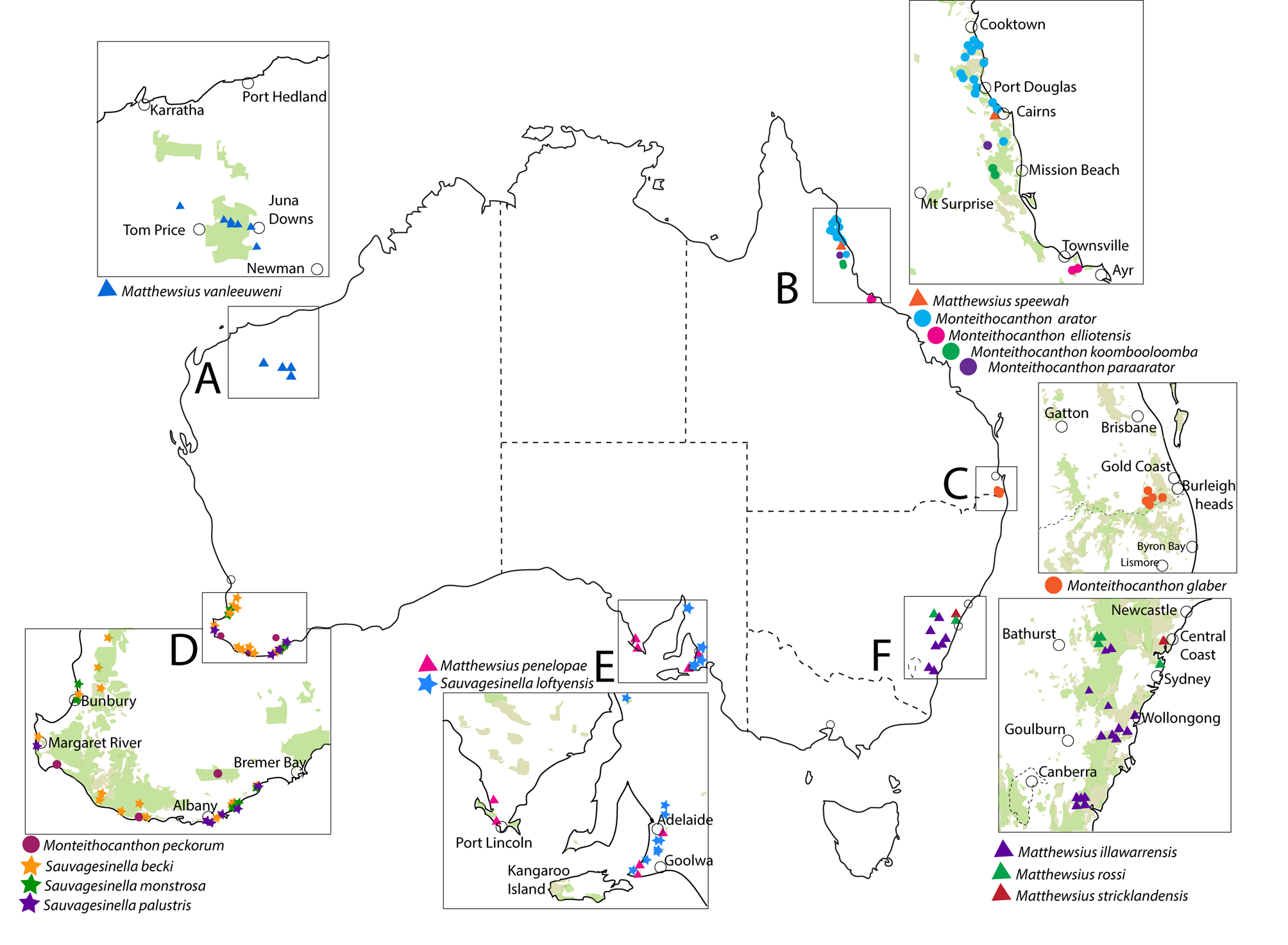