Named after the Agulhas region.

A narrow-range endemic ( Fig. 14 View Fig ), known only from the type locality; in leaf-litter of southern afrotemperate forest. The type locality lies in a well-managed private nature reserve, but additional Agulhas Plain localities that retain patches of southern afrotemperate forest need to be surveyed in the hope of finding additional extant colonies of this species.

The holotype is the only specimen available and though it is not a fresh shell, it is sufficiently distinct to permit its description as a new species. I have refrained from examining it under SEM due to its fragility and thus finer details of its sculpture are not available. On account of its smooth protoconch, relatively distinct axial riblets and wide umbilicus, I refer it to Phialodonta   gen. nov. In its planorboid shape it resembles P. introtuberculata   gen. et comb. nov., but that species has a proportionately narrower shell (mean H/D ratio 0.424 – Solem 1970) and very different apertural dentition. 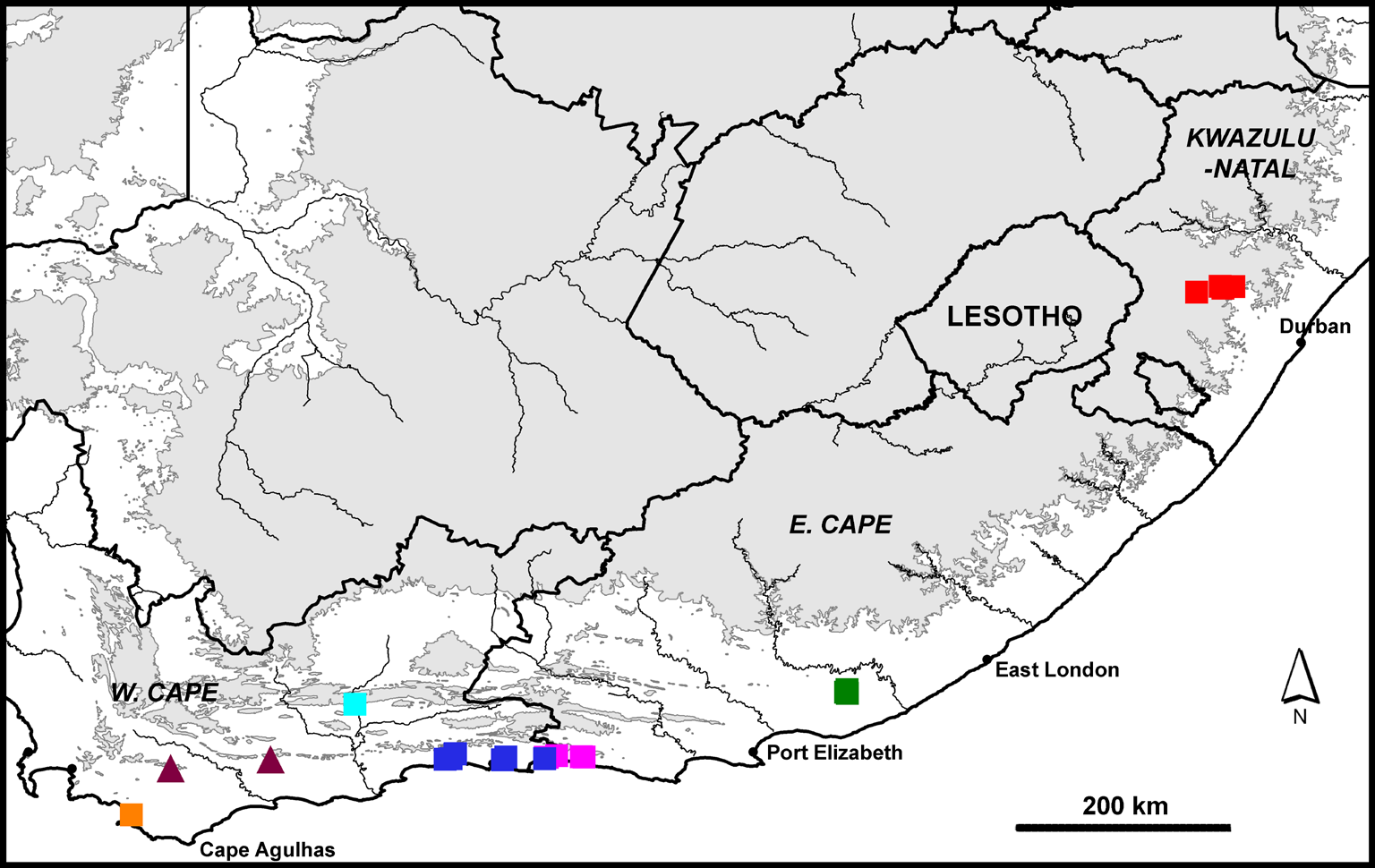