Shell small, spire flat or at most slightly raised; protoconch for the most part sculptured by close-set axial riblets; teleoconch sculpture of close-set, compound axial riblets and microscopic spiral threads; aperture lacking parietal and columellar dentition; palatal region with two relatively small denticles, one at mid-whorl, the other basal. Shell translucent, corneous-brown to straw-brown when fresh; diameter up to 1.65 mm.

From the Latin bis, bi-: two, and dens: a tooth; with reference to the apertural dentition.

A narrow-range endemic ( Fig. 11 View Fig ), known only from the Drakensberg foothills (‘Little Berg’) in the Giant’s Castle area, KwaZulu-Natal, at approx. 1700–1800 m a.s.l.; in leaf-litter of northern afrotemperate forest. The area falls within the Giant’s Castle Game Reserve, which is part of the Maloti-Drakensberg World Heritage Site. It is thus afforded a high degree of protection.

Amongst its congeners, Costulodonta bidens   gen. et sp. nov. is rendered distinctive on account of its relatively simple apertural dentition. Superficially the shell shows considerable resemblance to that of ‘ Trachycystis   ’ contabulata Connolly, 1932, but that species is larger (diameter up to 2.4 mm) and lacks apertural dentition. However, it does have a similarly sculptured protoconch and the two species may in fact be related. Though known to occur in the forests of the broader Giant’s Castle area ( Herbert & Kilburn 2004), ‘ T ’ contabulata has, to date, not been found to co-occur with C. bidens   gen. et sp. nov. 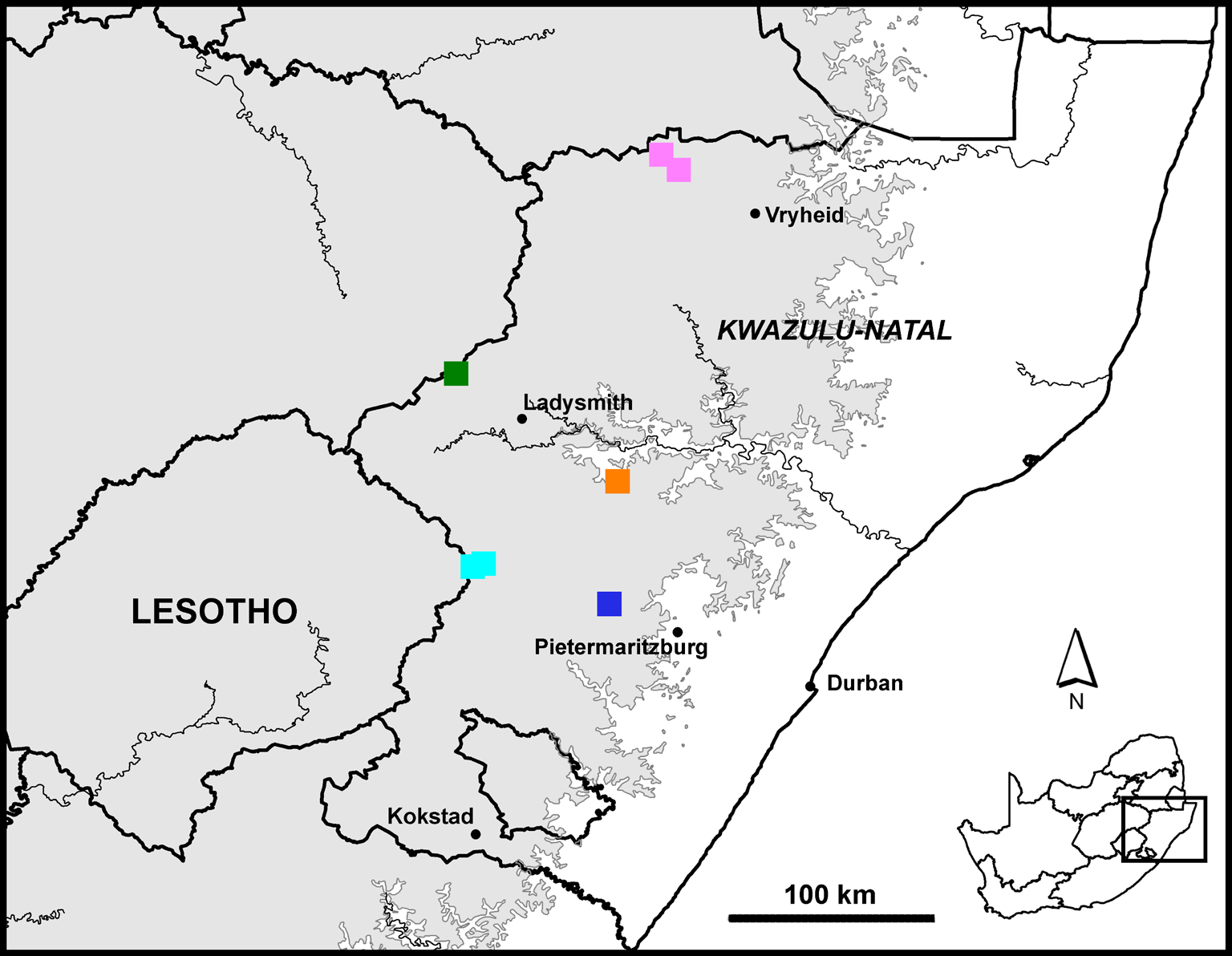