Endemic to eastern South Africa ( Fig. 5 View Fig ), ranging widely from the Soutpansberg and Wolkberg in Limpopo, along the Mpumalanga escarpment, and throughout much of the KwaZulu-Natal interior, at altitudes in excess of 1000 m; in leaf-litter of mistbelt and northern afrotemperate forest. Not of conservation concern.

Specimens from the northern mistbelt forest in Mpumalanga and Limpopo closely resemble typical specimens from the KwaZulu-Natal interior. They retain a single baso-columellar denticle, but it is less robust than in the typical form and the palatal lamella is slender, strongly trigonal and its crest only slightly thickened. In addition, they rarely attain as large a size as those from KwaZulu-Natal and usually have a proportionately more elevated shell (H/D ratio closer to 0.65 compared with 0.55). Since these differences are relative and exhibit some overlap, I do not consider these northern populations worthy of recognition as a separate entity. 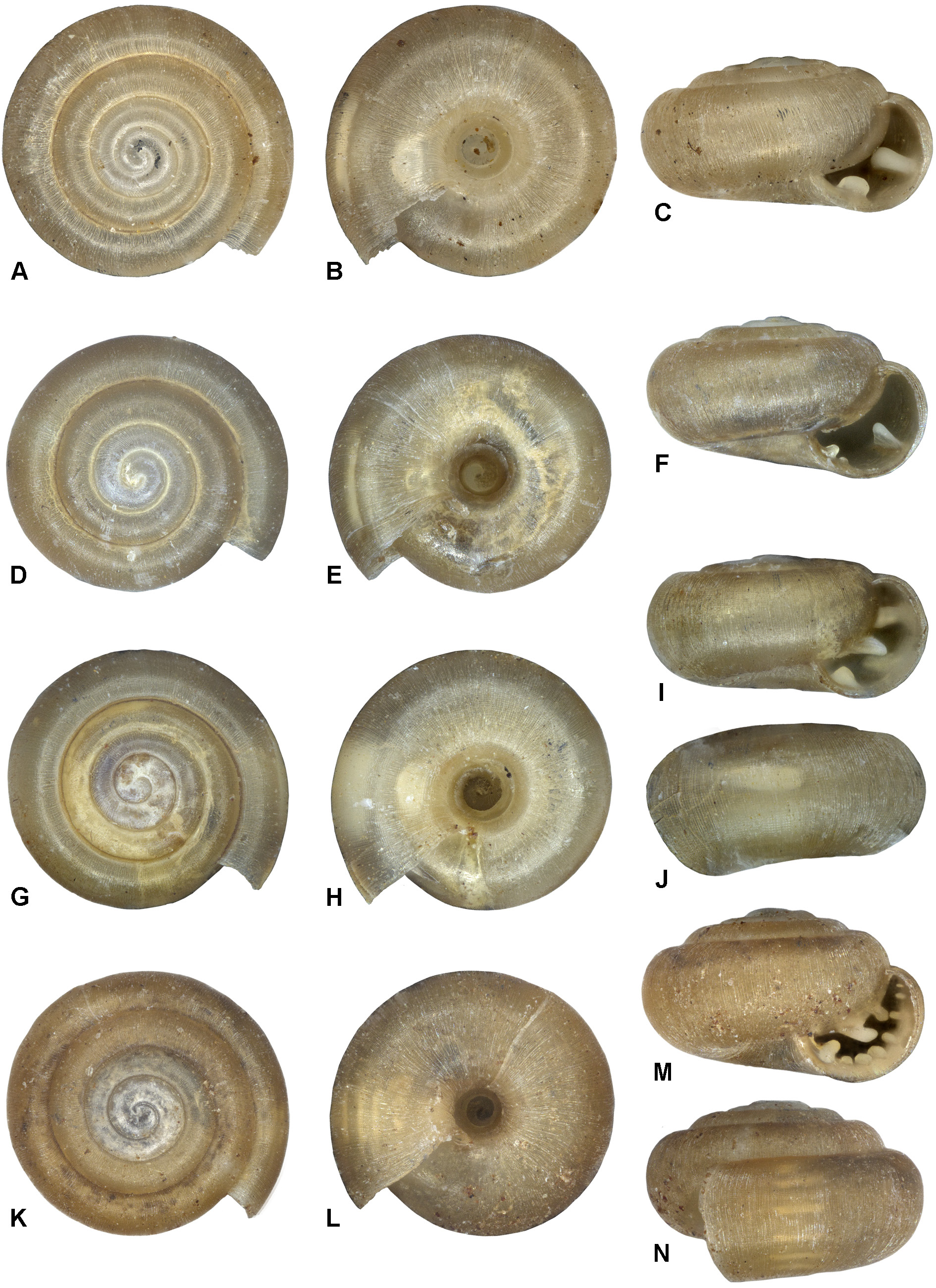