The species is named after Dr Jorge Nuñez, who described several of the currently known Ophryotrocha species and first examined the specimens from the Cantabrian Sea. Dr Nuñez has always been very helpful in our requests for assistance on these taxa.

When examining the material of O. cantabrica deposited in the MNCN, Madrid, a vial with additional material was found under the collection number MNCN 16.9/13680 (see Nuñez et al 2014), containing four specimens of the new species described here. It was not possible to perform molecular analyses with this material. Nevertheless, all the morphological characteristics are the same as the specimens from the GoC.

NE Atlantic: from the Cantabrian Sea (Bay of Biscay) to the Gulf of Cadiz (Moroccan Margin). Found in sandy sediments with shells and experimentally deployed wood substrata, at 93–354 m depth. 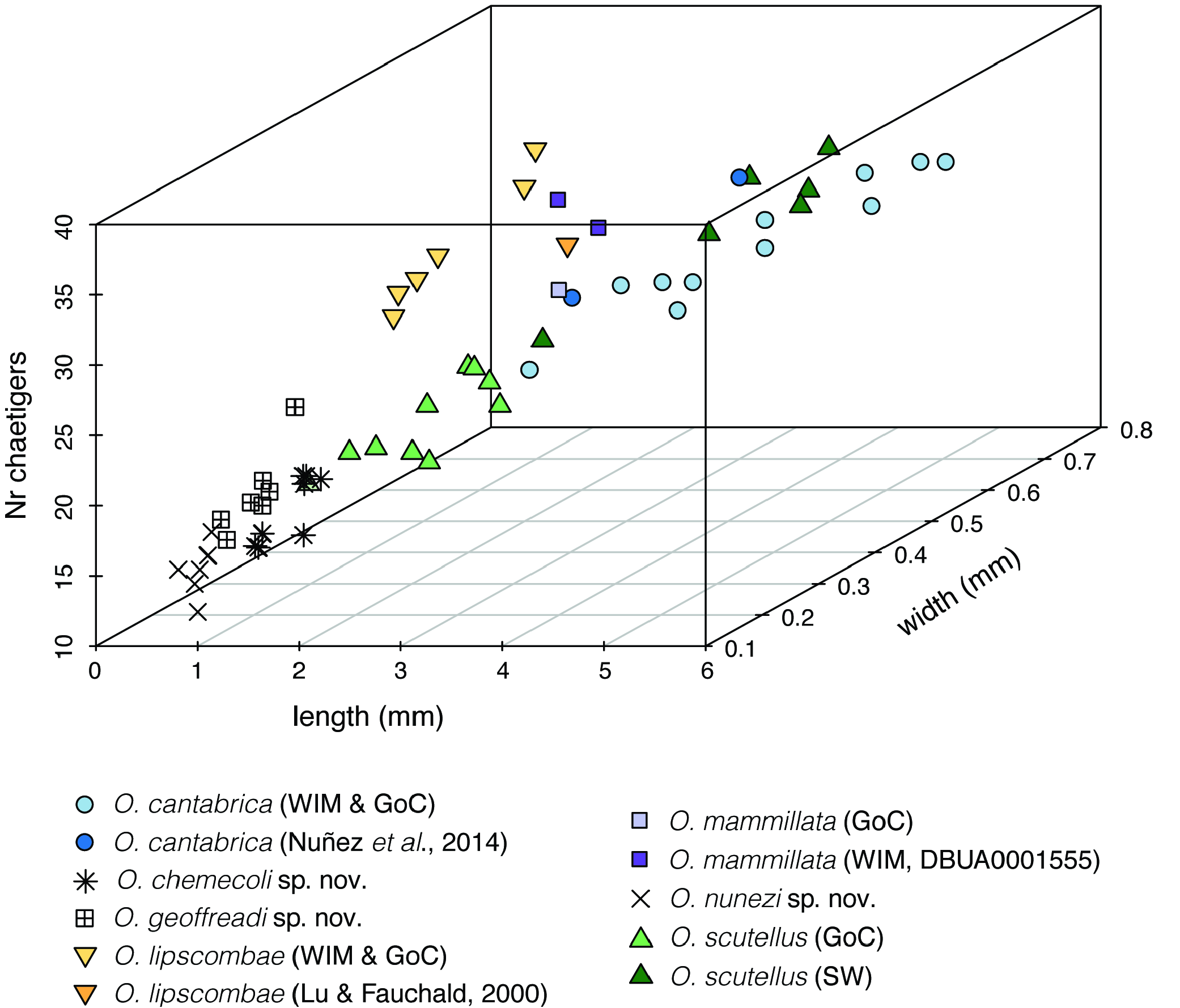 Fig. 3. Relationships between the number of segments, body length and body width. 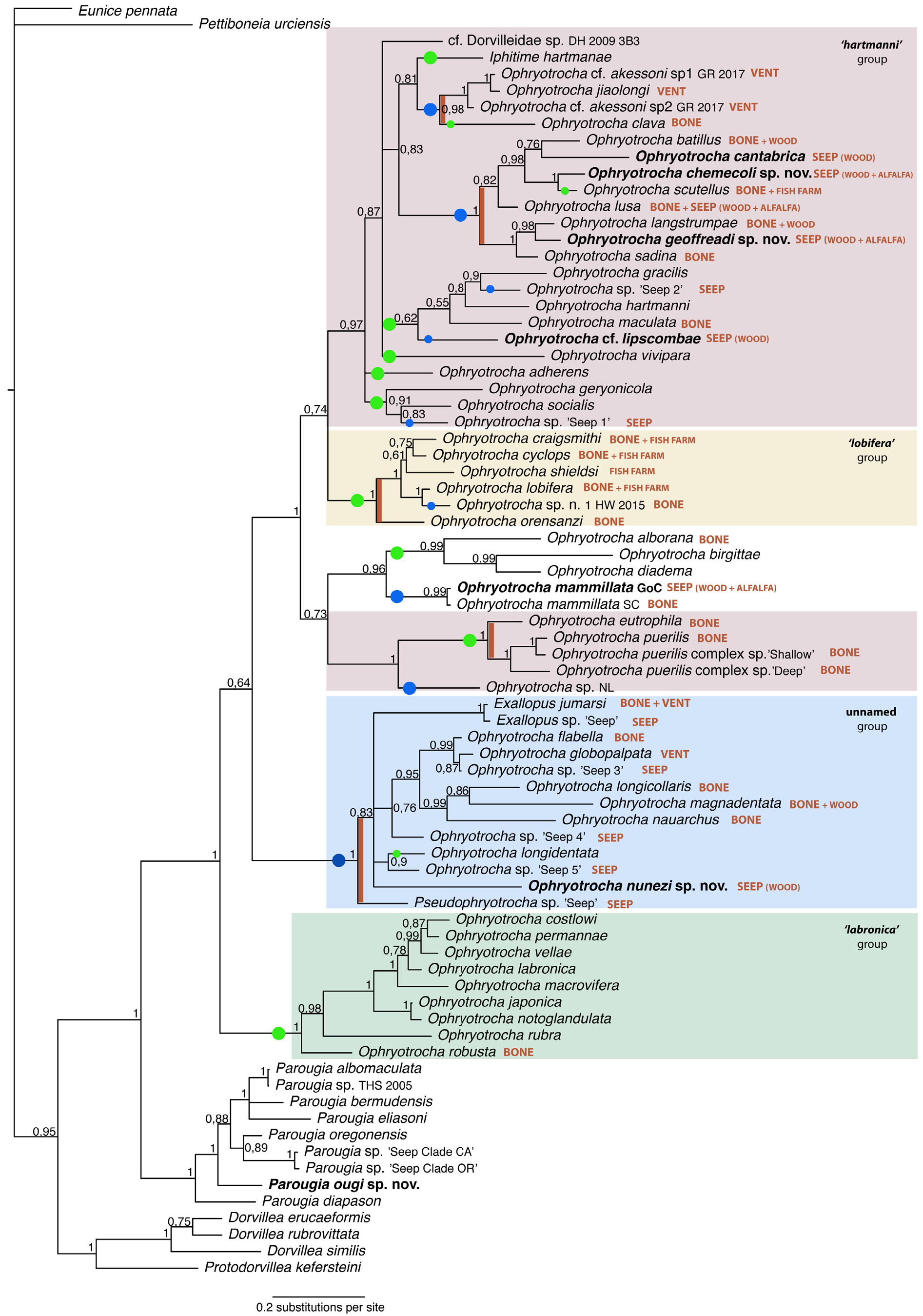 Fig. 2 (next page). Majority rule consensus tree from the Bayesian analyses of a combined dataset with two genes (16S and H3). Posterior probability values near nodes result from the analyses in MrBayes. Taxon names highlighted in bold are new species or new sequences for already described species. Habitat specialization indicated by the text ‘VENT’ for hydrothermal vents, ‘SEEP’ for cold seeps, ‘BONE’ for whale/mammal-falls, ‘WOOD’ and ‘ALFALFA’ for wood- and alfalfa-falls, and ‘FISHFARM’ for the organically-enriched sediments beneath fish farms. Brown bars at the base of a clade indicate a specialization to a chemosynthesis-based ecosystem. Green and blue dots indicate depth distributions shallower and deeper than 200 m, respectively.