Females of this species can be recognised by the condition of both median pairs of setae on sternum VII being minute ( Fig. 30 View FIGURES 27 – 32 ), scarcely twice as long as their basal pores. This contrast with the condition mentioned above in two species from India, R. santokhi   and R. parviceps   in which only the median of these two pairs of setae, S 1, is minute and thus much smaller than setae S 2, and all other members of the genus in which both pairs of setae are long ( Fig. 18 View FIGURES 15 – 23 ). Bhatti (1978 b) distinguished the Indian species R. aureus   (and its synonym R. hartwigi   ) from R. tenuirostris   , described from Java, on character states that appear to be related to body size. These differences may not be valid, because the number and size of the lateral setae on the mesosternum differ considerably between the largest and smallest males listed below from Uncaria lanosa   in Australia ( Figs 27, 28 View FIGURES 27 – 32 ). Bhatti (1977) provided clear illustrations of the male genitalia of R. aureus   , indicating that the phallus bears a pair of upward pointing spikes. Males from Uncaria   in Australia that are here identified as R. tenuirostris   have the phallus essentially similar to those illustrations. Terga I –VIII of aureus   were described as “completely sculptured with transverse anastomosing lines” and similar but faint lines are visible in specimens from Australia. On tergum IX of the Australian males there is a pair of small, widely separated, tubercles ( Fig. 23 View FIGURES 15 – 23 ), and ventrolaterally there is a group of stout microtrichia. 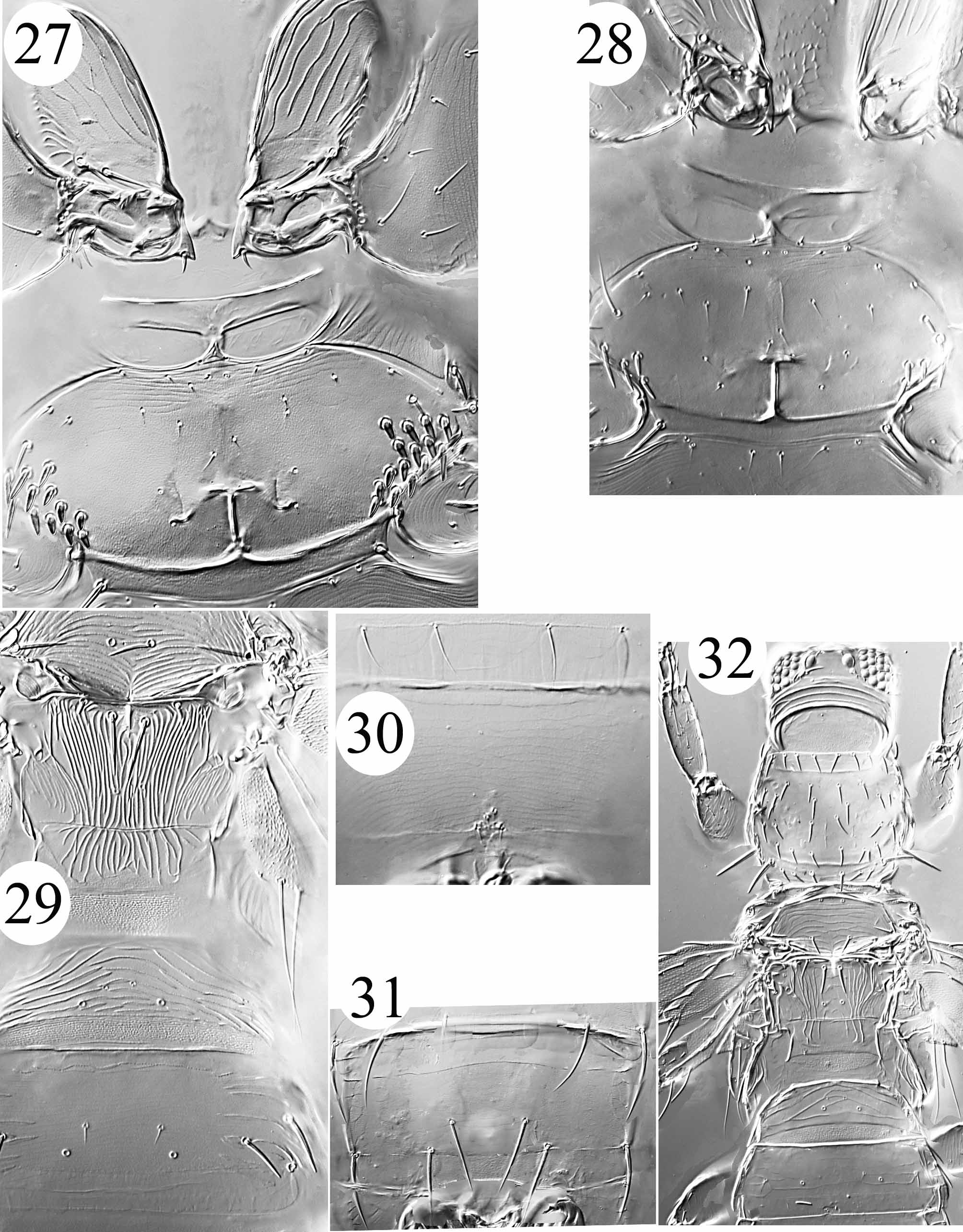