Type material. Holotype: 1 ♂, Romania, Southern Carpathians, Bucegi Mts, Obârşia Ialomiţei, 1694 m, 06.IV. 2007, leg. M. Bálint ( HMNH). The specimen was dried of ethanol and glued onto a triangular cardboard; the apex of the abdomen was cut off. Terminalia was dissected and placed in glycerol in a microtube, pinned next to the specimen. Two ♂♂ paratypes are deposited as dry pinned specimens in HMNH. The rest of the specimens can be found in LUC.

Description. Body length 12 mm (♂); wing length 13.8 mm (♂); antenna length 4 mm. The general appearance of the species resembles that of P. occulta   , but with a colour from brownish to black ( Fig. 2 View FIGURE 2 A). The head is greyish brown, with dark brown frons ( Fig. 3 View FIGURE 3 A). Maxillary palpus is brown, with a yellowish terminal segment. Stipes have a different shape compared with P. o c c u l t a ( Fig. 3 View FIGURE 3 A). Antennae with scapus are brown-greyish, the rest of the segments are brown ( Fig. 4 A). The thorax is dark brown ( Fig. 5 View FIGURE 5 A). The praescutum is heavily dusted with grey, without shining praescutal stripes, as can be observed in P. occulta   . Wings are broader compared to P. occulta   ( Fig. 6 View FIGURE 6 A), with brown veins, and the membrane is light yellow to transparent, with brown spots at the base of Rs, tip of R 1, R 2 and R 3 and on the crossvein sc-r. The dark seam over the cord of the wing is wider and shorter than in P. occulta   , ending at the proximal end of R 5 and widening towards the subcosta and costa. The halters are light brown, knob yellow-greyish ( Fig. 5 View FIGURE 5 A). Coxa are brown at the base and yellowish-brown toward the tip, and trochanteres are yellowish brown ( Fig. 5 View FIGURE 5 A). Femora are light brown in the middle, darkening towards the proximal and distal end. The rest of the leg is dark brown to black. The abdomen is uniformly dark brown, dusted with grey. The terminalia is dark brown, but sometimes slightly lighter ( Fig. 7 View FIGURE 7 A).

There is certain variability in the shape of the characters described   above, but the individuals can be well assigned.

It is much more difficult to separate the females of P. f u s c a from those of P. occulta   . We found no conspicuous differences in the female genital structures. Female individuals of P. f u s c a are generally darker in comparison with P. occulta   , with dark brown 8–10 tergites. Discrete differences in the shape of the cercus, infraanal plate and hypogynal valvae can also be observed ( Fig. 9 View FIGURE 9 A). The infraanal plate bears more than 5–6 bristles in its subapical end ( Fig. 9 View FIGURE 9 C).

Diagnosis. P. f us c a is a dark brown-blackish species ( Fig. 2 View FIGURE 2 A). The ventral side of the head capsule is uniformly dark brown with a well developed stipes ( Fig. 3 View FIGURE 3 A). The broader wing has a transparent membrane with brown veins and spots around Rs, the tip of R 1, R 2 and R 3 and on the crossvein sc-r, and a well developed but shorter and wider brown seam over the cord ( Fig. 6 View FIGURE 6 A). Males have a sclerotized proctiger with two brown stripes ( Fig. 7 View FIGURE 7 A). The gonocoxite has an apical lobe that is long and narrow, but convex on its ventral side ( Fig. 8 View FIGURE 8 A). The gonostylus is wider in its proximal part. The distal part of the gonostylus tends to be more reduced, lacking a chitinous thorn, which is frequently present in P. occulta   ( Fig. 8 View FIGURE 8 B). The well developed apical thorn of the interbasis is a long and straight chitinous process having an oblique collar around its base ( Fig. 8 View FIGURE 8 C). The females bear more than 5–6 bristles in the subapical end of the infraanal plate ( Fig. 9 View FIGURE 9 C).

Etymology. The name of the species was prompted by its generally dark appearance; brown to dark brown compared to the sister species, P. occulta   . The noun is genitive singular. 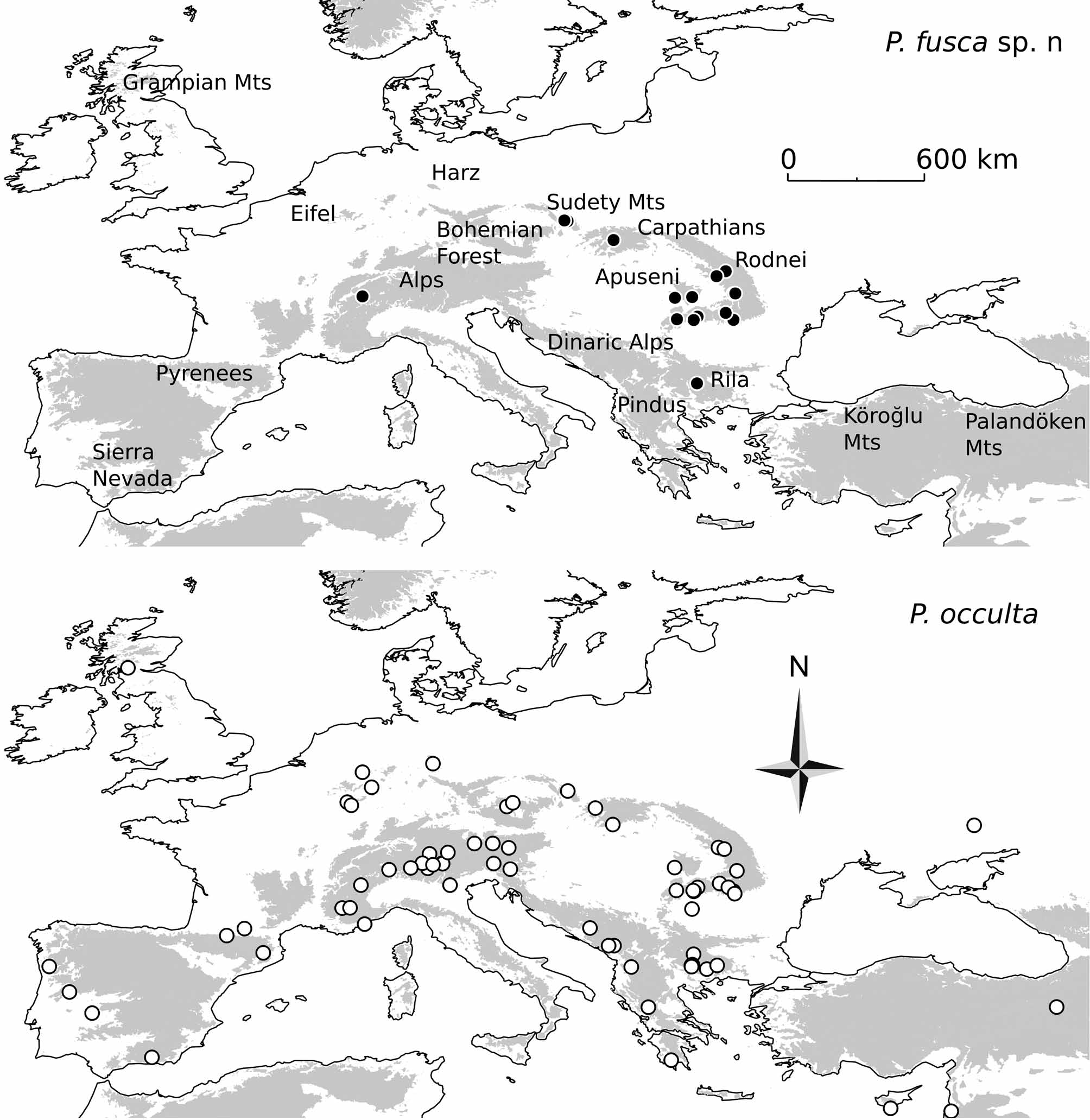 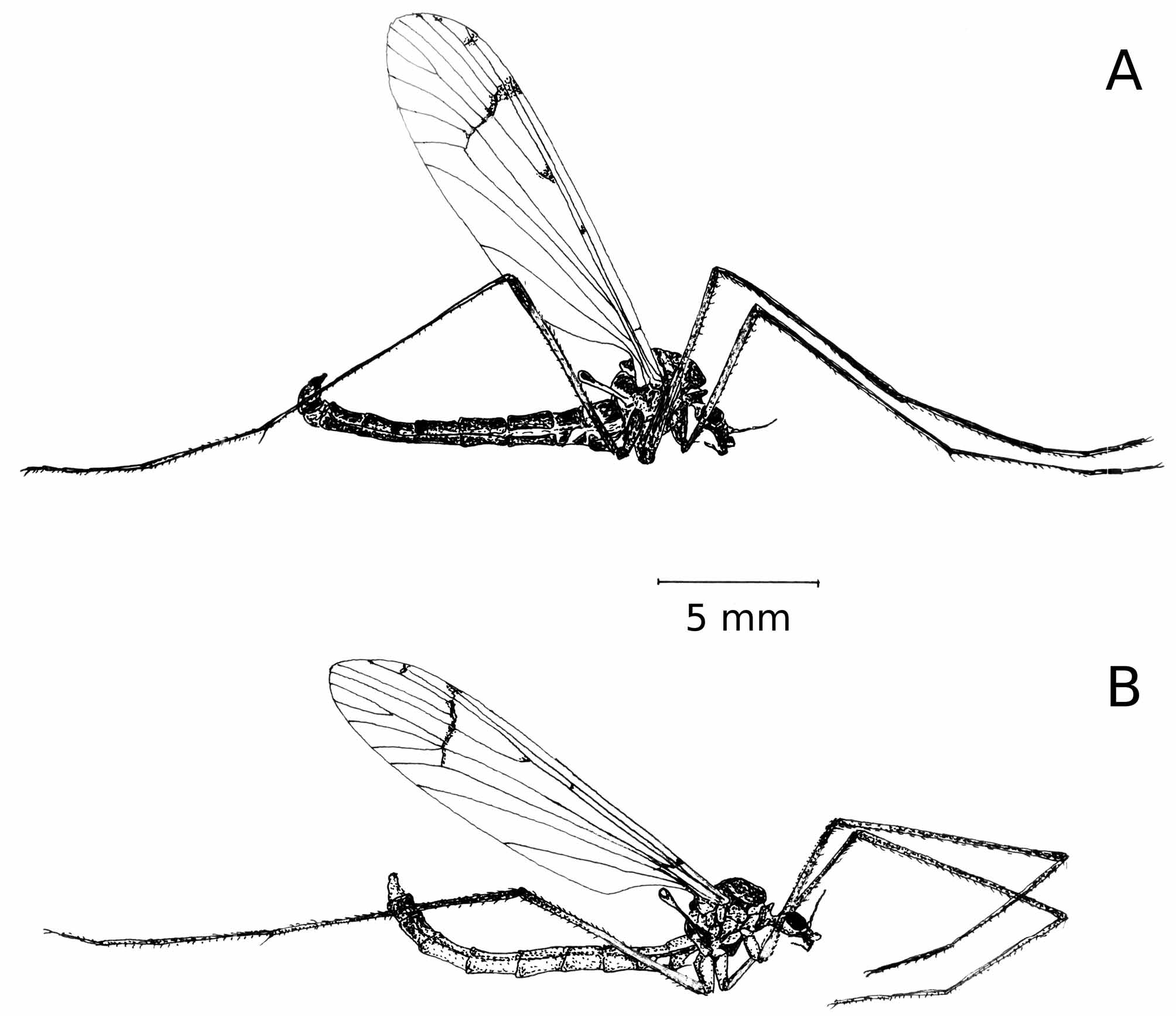 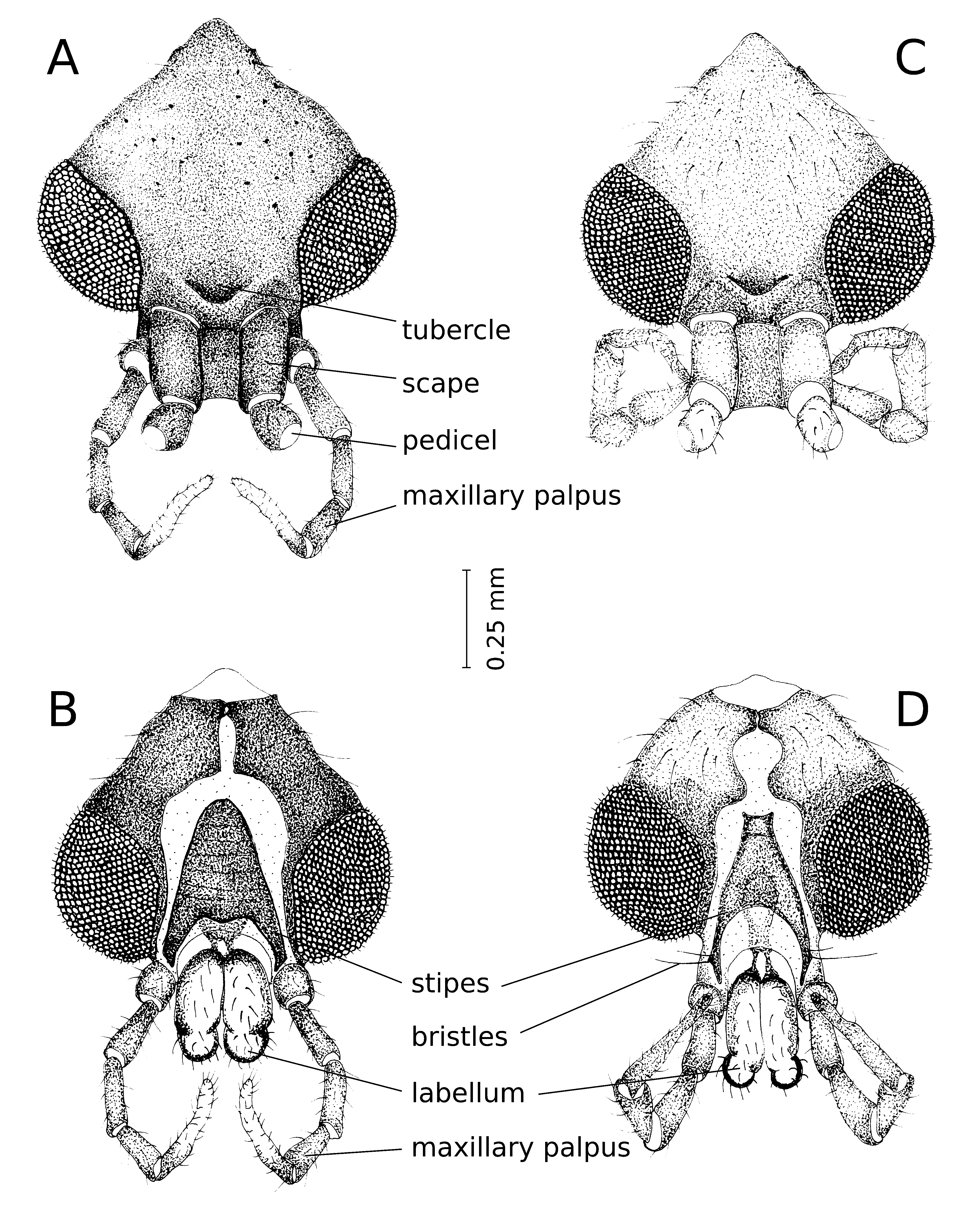 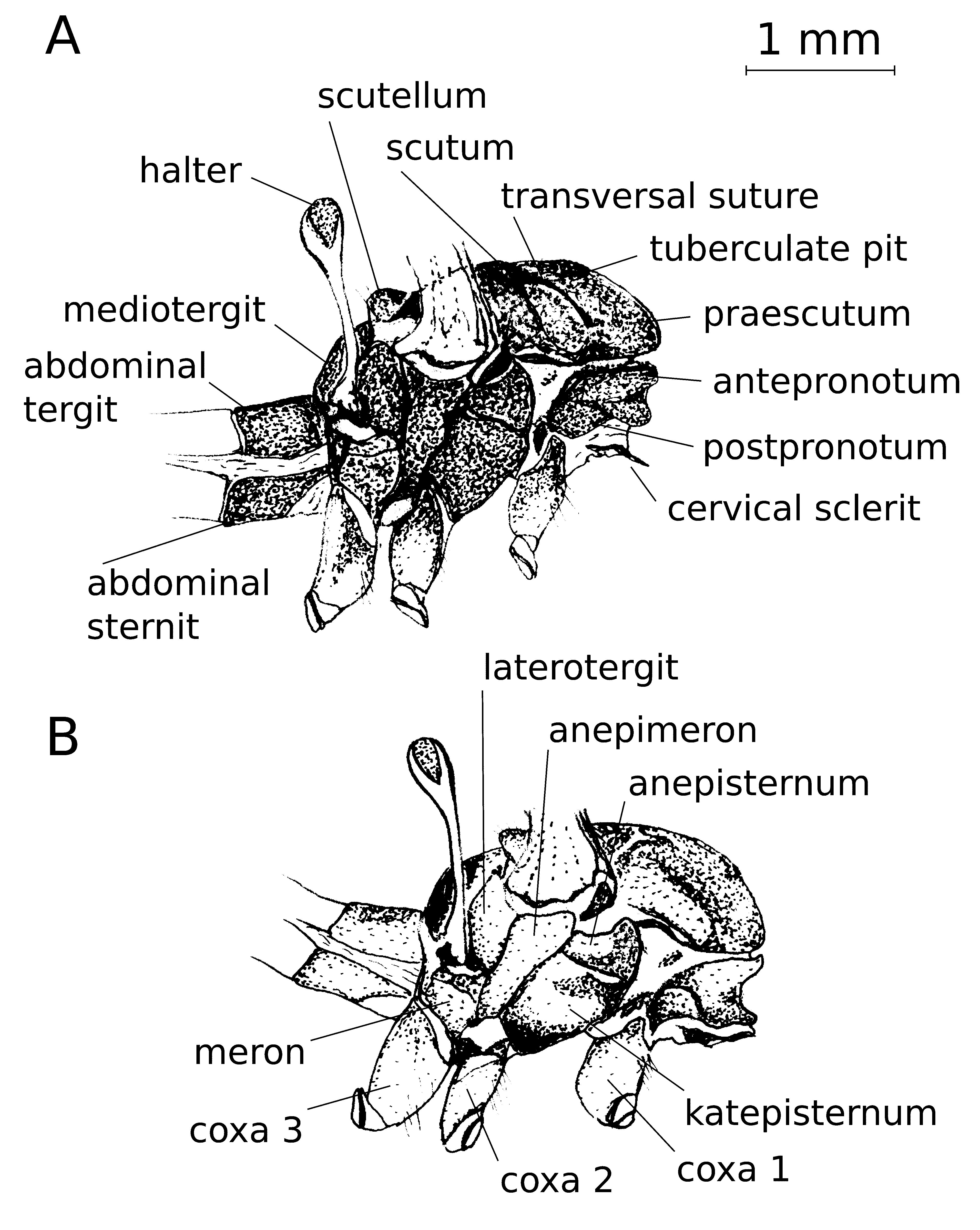