Diagnosis. A medium-sized species ( SVL 20.7–25.8 mm in males) characterized by: (1) dorsum of body, arms, and legs cream with scattered dark brown spots; (2) a dark brown stripe extending from the eyes; (3) snout short, semicircular (to truncated) in dorsal view, vertical (to truncated) in profile; (4) vomerine teeth in two dense patches, disposed in a transverse plane, behind the choanae; (5) one anterior large, and additional smaller subequal odontoids on each side of the mandible; (6) dorsal skin smooth; (7) vocal sac externally visible; (8) venter areolate with two paramedial rows of developed tubercles; (9) small tubercles in the ventral side of the thighs, the most medial more developed; (10) a tubercle at the tibio-tarsal articulation; (11) unpigmented nuptial pad visible, rounded, moderately expanded, (12) advertisement call consisting of a series of 6–12 pulsed notes, average duration of 5.34 s with notes lasting 0.295 s and dominant frequency ranging between 2928.5–3273.0 Hz.

Forelimbs not hypertrophied, forearms slightly larger (in cross-section) than arms, with four outer tubercles in the forearm near to the hand being the closest to the hand the larger. Hands large ( HAL 84.4 % of HL), outer and inner carpal tubercles developed, elliptical; fingers not webbed, small fringe present between fingers III and IV, and IV and V; fingers in crescent order of size, II <V <III <IV; adhesive discs developed (adhesive discs diameter approximately two times finger width), transversally elliptical; disc on finger II, smaller than of other fingers; prepollex indistinct; nuptial pad on the internal base of the finger II, no dark nuptial excrescence; subarticular tubercles large, rounded, single; no supernumerary tubercles.

In preservative, dorsum uniformly creamy with small, irregular dark patches; wide brown stripe extending from the posterior corner of the eye to the insertion of arm; all ventral surfaces white, with the exception of a few minute dark flecks in the mental region and the undersides of the jaws, tarsus, tibia and palmar, plantar surfaces.

Variation. The type specimens are alike in morphological traits, although the female (n = 1) is larger than the males. Variation in measurements is presented in Table 1. Lateral dark brown stripe may extend from the eyes until or after the insertion of the arm. The amount of spots on the dorsum is variable. Only one specimen has no spots on the dorsum (MZUESC 17845). Some specimens (e.g., MZUESC 7298; 10498; 11584; 13026) have black spots on limbs, especially more evident on the hind limbs. A thin faded brown stripe on snout and canthus rostralis extending to the eyes can be found in some individuals (e.g., MZUESC 9175; MZUESC 11610; MZUESC 14207; MZUESC 14212). Snout in dorsal and lateral views vary from semicircular to truncate.

Etymology. The specific epithet is a Latin word meaning “teacher” or “instructor”. The name is given as homage to Dr. Miguel Trefaut Rodrigues for his continuous formation of herpetologists.

Geographic distribution. Known from the coastal lowlands of Bahia, from municipality of Maragogipe to the south of the state in the municipality of Una. Specimens are also known from higher areas such as in Serra da Jiboia (684 m a.s.l), Santa Terezinha municipality ( Fig. 4 View FIGURE 4 ).

Finally, the call of Phyllodytes praeceptor   differs from all species of the genus by having an accentuated increase in amplitude from the first to the last pulse of each note ( Fig. 5 View FIGURE 5 ), concentrating energy at the last cluster of pulses. 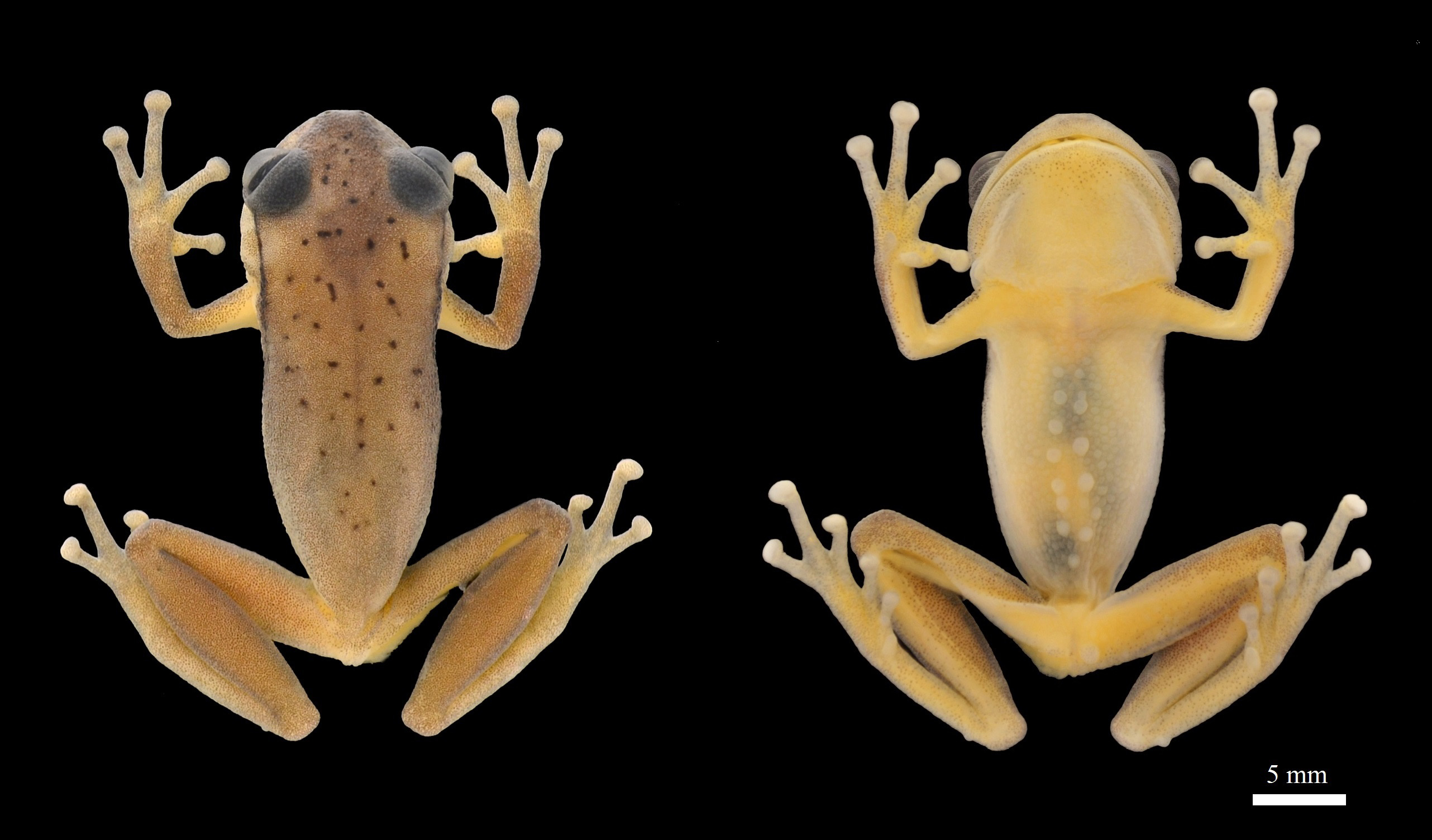 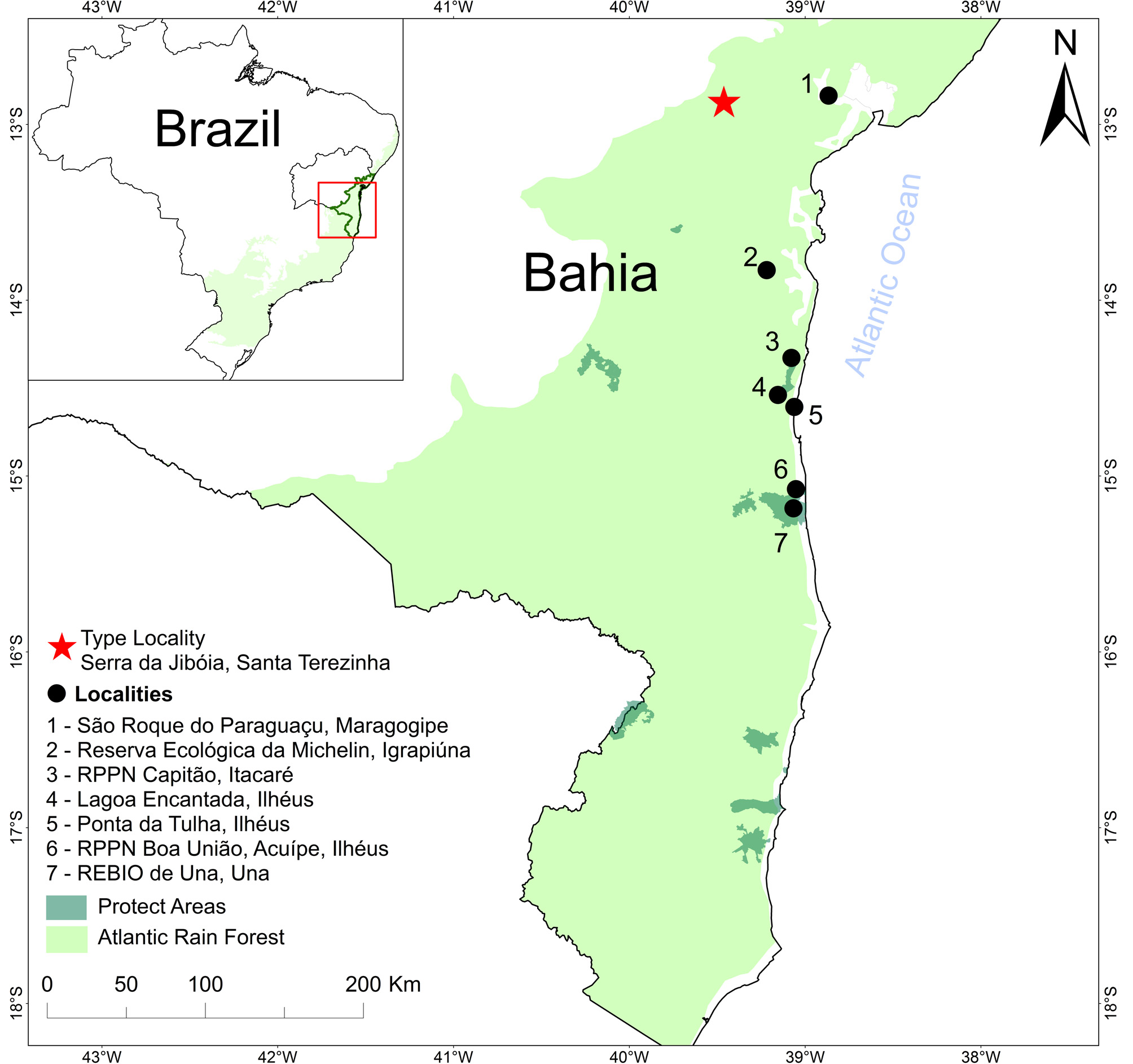 FIGURE 5. Advertisement call of Phyllodytes praeceptor (MZUESC 17484, holotype). A) Waveform and B) audiospectrogram.Recorded on 02 March 2015 at 22 h 17 min. Air temperature during recording = 22°C.