Etymology. Named for the provenance from the Azores.

Distribution. Only known from the type material from the Azores.

Comparisons. The holotype ( Fig. 1 View FIGURE 1 A) is a mature Scissurella   spp. and not a juvenile Sinezona   spp. because it shows an open slit with the long angled shoulder and descending last quarter whorl. Compared to the other species of the region, Sci. azorensis   is distinguished by the protoconch sculpture which contains axial cords on the outer margins only, an open umbilicus region, teleoconch I is slightly greater then one whorl and the numerous strong axial cords over the entire shell. 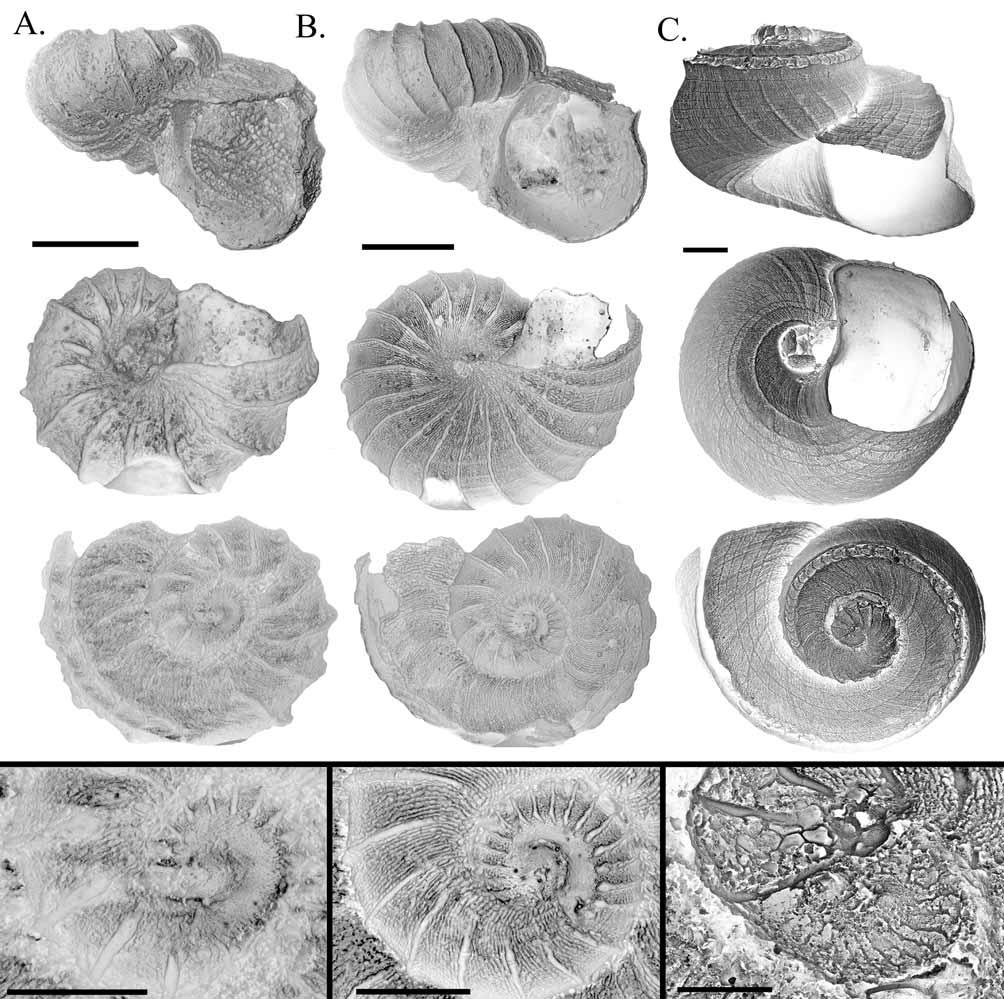