Comments. This species was previously known from Alabama ( Baumann 1996) and Kentucky ( Tarter et al. 2006), and, as indicated in the introduction, we suspect the female specimen from Tupelo determined as A. delosa   by Stark (1979) might also represent this species. Unfortunately, that specimen was in the Bryant Mather collection and we are not certain where it was deposited after his death.

The larvae of A. alabama   are very similar to those of A. nigritta   but, in specimens examined, the setal whorls on most segments are comprised almost entirely of long setae, whereas in A. nigritta   specimens, the smaller number of long setae are interspersed with a few short setae. In addition, the posterior setal whorls on abdominal terga 8-9 are more robust in A. alabama   than in A. nigritta   . Because the sample size for associated larvae of each of these species is small, these setal characters will need to be evaluated as more material becomes available. 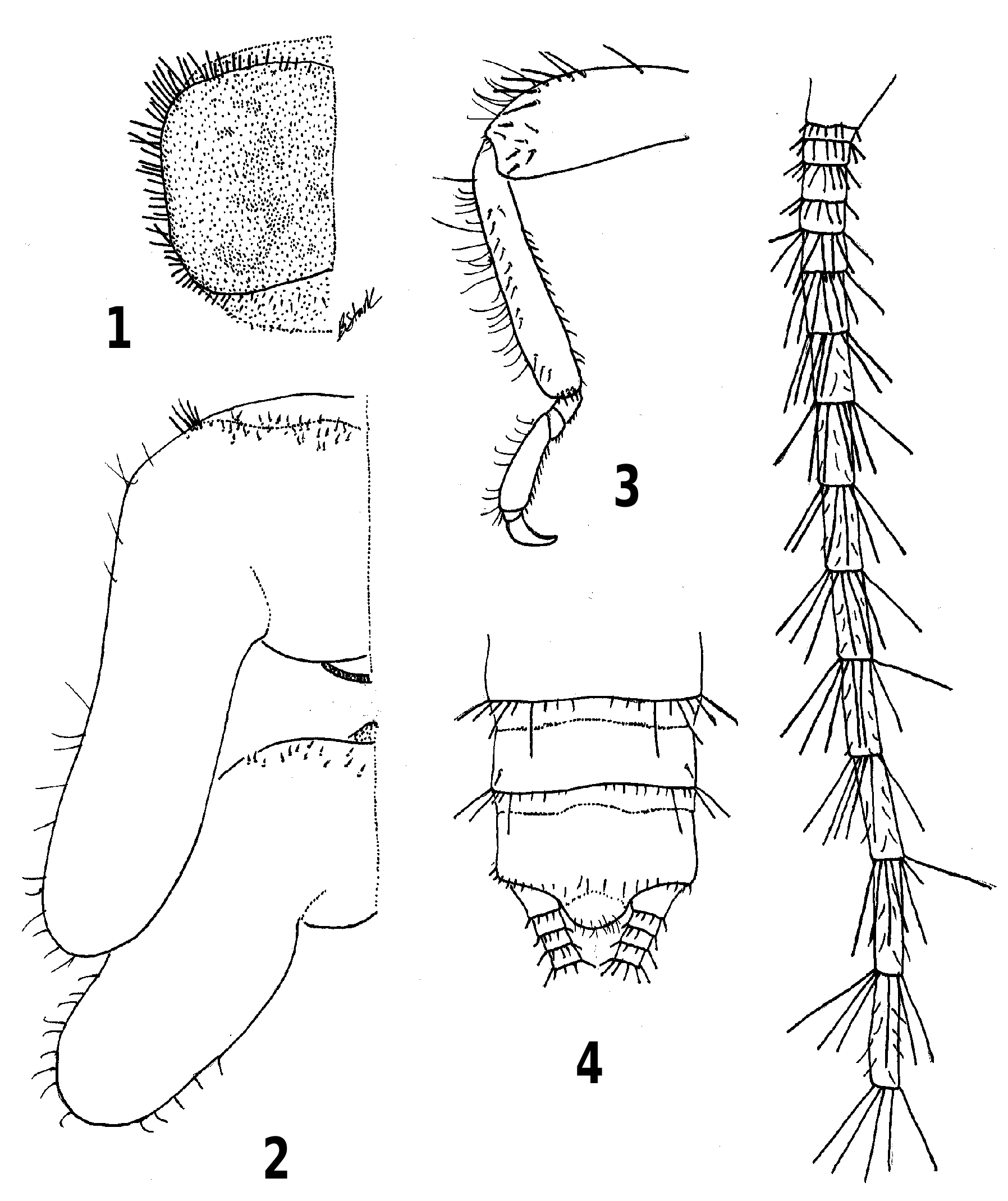