Annotations: Due to the misinterpretation of P. v a r i p e s Meigen, 1824 by all former authors and the subsequent transfer to Cephalops   (see above), the specimens formerly addressed as Pipunculus varipes   auct. nec Meigen, 1824 (in the following abbreviated as “ varipes   ”) are left without any available name. It is proposed to address them as Pipunculus violovitshi Kuznetzov, 1991   for the time being due to the following reasons:

• The description of Pipunculus violovitshi Kuznetzov, 1991   is based on two males from Sakhalin Island, Russian Far East, deposited at ZISP and, although attempted, could not be obtained for study. According to Kuznetzov (1991: 2), P. v i o l o v i t s h i differs from “ varipes   ” “… by the small third antennal segment and considerably prolonged surstyli of the male genitalia ”. Judging from his figures, the surstyli only seem to be very slightly longer compared to the specimens studied here and the flagellum, not figured by Kuznetzov, is found to be generally somewhat smaller in “ varipes   ” compared to other European taxa of Pipunculus   . Therefore, Kuznetzov’s P. violovitshi   is regarded conspecific with P. v a r i p e s auct. nec Meigen, 1824.

• Pipunculus monticola Schummel, 1837   , synonymized with P. v a r i p e s by Becker (1921: 156), is regarded as a nomen dubium here (see above) and hence, cannot be applied to “ varipes   ”. Verrall (1901: 102 f) quotes the brief original description of this taxon. The whereabouts of the single type specimen is unknown at present and no subsequent writer seems to have been able to examine it. 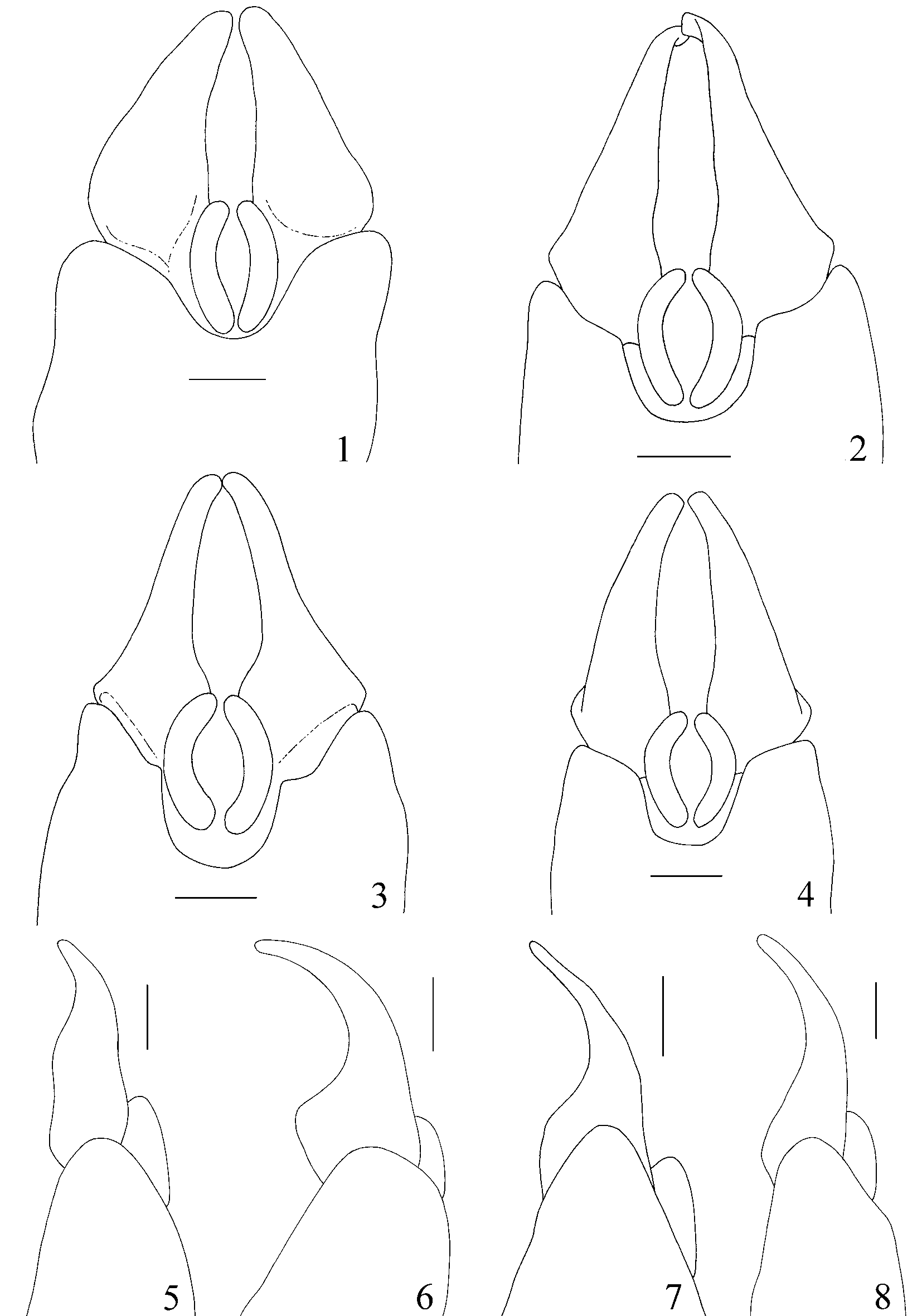 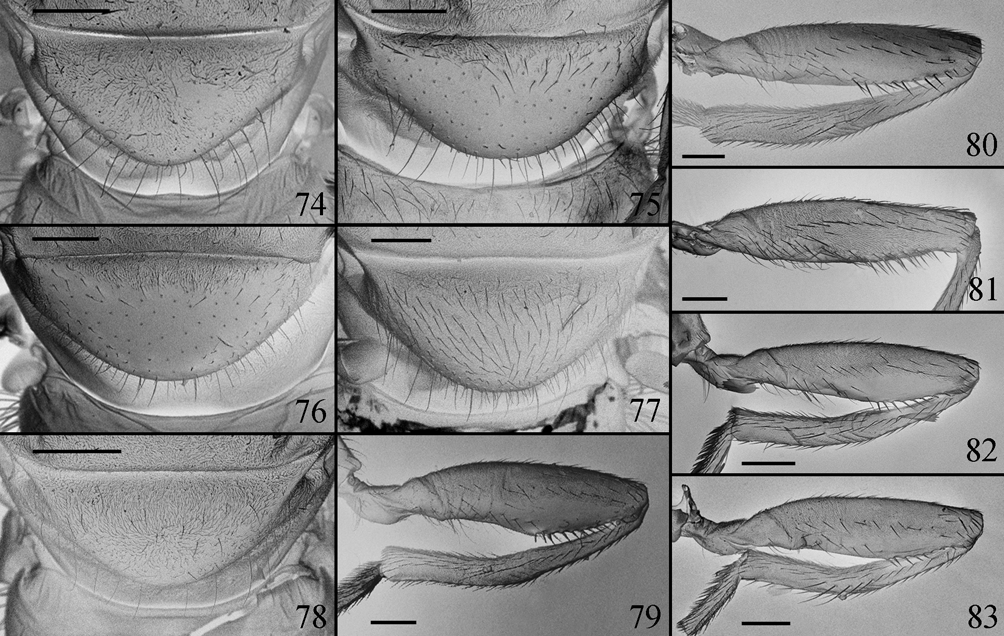 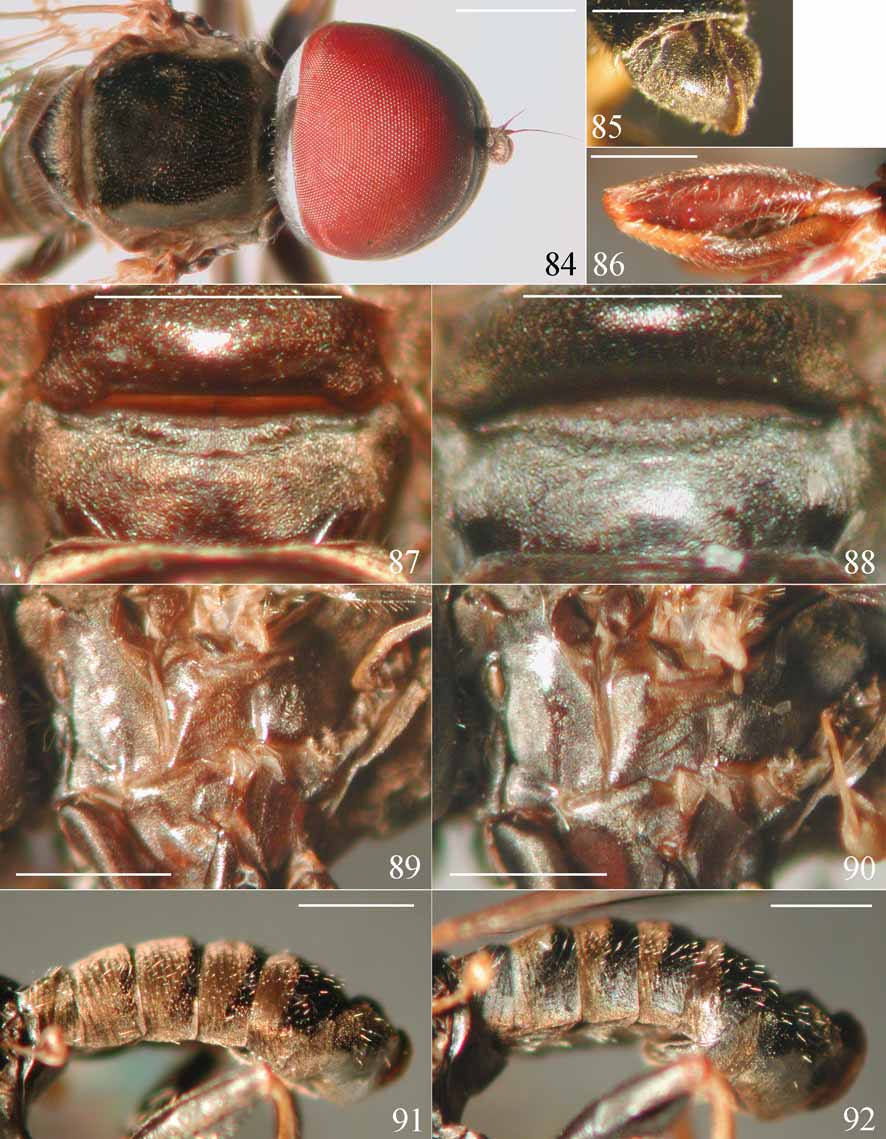