Female: Body length: 3.6–4.8mm. Wing length: 3.9–5.2mm. Flagellum normally dark brown but can be yellowish. Frons entirely grey pollinose but can be shining right in front of ocellar triangle. Postpronotal lobe dark brown, occ. yellowish-brown. Prescutum and scutum in anterior quarter to third grey pollinose, laterally down to wing base, otherwise brown pollinose or party shining. Pleura and subscutum grey pollinose. LTC about 0.4 –1.0 times LFC. Apex of wing more rounded than in other species. Trochanter yellow to brownishyellow. Base and apex of femur narrowly yellow. Tibia yellowish but darkened ventrally in apical half. Tarsi yellowish-brown with distitarsi darkend. Pulvilli of front leg as long as or slightly shorter and as broad as distitarsi. Tergite 1 anterodorsally brown otherwise grey pollinose. Tergites 2–6 laterally grey pollinose. Dorsally, tergite 2 greyish-brown pollinose in anterior half to entirely brownish pollinose, tergite 3 narrowly so along anterior margin, otherwise shining. Ovipositor with long and gently curved piercer that is pointing towards sternites ( Fig. 57 View FIGURES 55 – 66 , occ. piercer can be shorter than figured), i.e. piercer not at one level with dorsal margin of base as is the case in P. l e n i s.

Annotations: Pipunculus tenuirostris   seems to be a rather variable species, concerning size, coloration of trochanters and shape of male surstyli. Several specimens from different localities have been sequenced for coxI and the results formed a monophyletic mitochondrial clade together with P. l e n i s with only minute genetic distances within a sampling of several European Pipunculus   species (Kehlmaier unpublished). For a differentiation of male P. tenuirostris   from P. l e n i s see above.

P. balticus Kuznetzov, 1991   syn. nov. was described from the female holotype collected on Kamenniy Island near St. Petersburg, Russia, and is regarded as synonymous to P. tenuirostris   . The type is deposited at ZISP and was not studied. The drawings of the ovipositor and wing provided in the original description ( Kuznetzov 1991) are in accordance with the concept of P. tenuirostris   presented here. The short additional vein M 2 present in the holotype is not regarded as a stable character (also see Skevington & Marshall (1998: 10 f) for a discussion of the value of certain morphological characters used in the past). An additional female from Finland and Italy respectively with a short vein M 2 were found and a molecular comparison of the latter showed no differences compared to ordinary P. tenuirostris   (Kehlmaier unpublished). 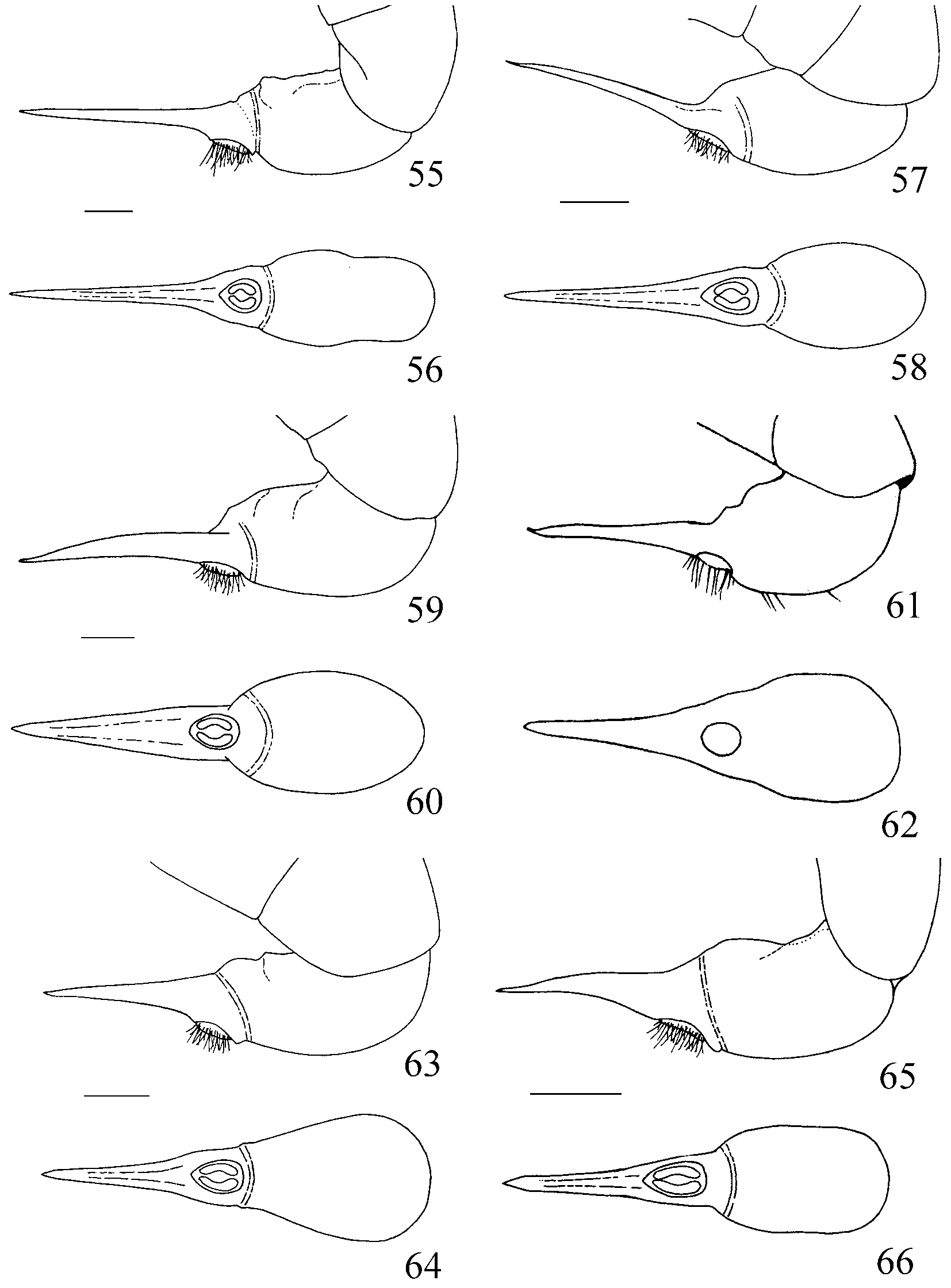