Type material: Holotype ( Figs. 1­6 View FIGURES 1-21. 1-6 , 22 View FIGURES 22­25 ) deposited in the Australian Museum, Sydney, AMS C. 91000 (length 35.15 mm, width 22.10 mm, height 18.25 mm, 20 columellar and 21 labral teeth, umbilicus (spire region) diameter 6.20 mm; see Table 1 View TABLE 1 for additional measurements and comparison with other material). The radula of the holotype was prepared and mounted on two SEM stubs and deposited at the AMS ( AMS C. 91000). Two samples of genomic DNA obtained from the holotype’s dried tissue were deposited in the tissue collection of the Australian Museum's Evolutionary Biology Unit (EBU # 11517 and 11518). Additionally, a cast of the holotype shell made from a protective coat of clear nail polish ( Fig. 28 View Figure 28 ) (used to protect the shell during tissue digestion with a protease) was also deposited with the holotype ( AMS C. 91000).

Animal: The animal was dried inside the shell, with part of the mantle showing inside the aperture, the mantle bore apparently simple papillae: short, finger­like in the dry state, similar to those of other species of Cribrarula   .

Odontophore cartilage: The pair of odontophore cartilages conforms to that of congeneric species: falciform elongated, with a spongy texture, and cream in color, except that it is larger, about double of the size of the odontophores of other species in Cribrarula   (estimated at about four mm long).

Schilders’ formula: 35.63.19.18. The figures represent the following values for the holotype of C. gravida   sp. nov.: 1) shell length in mm (rounded up or down to closest integer); 2) shell width­length ratio as percent; 3) number of labral teeth; and 4) number of columellar teeth (both tooth counts are “reduced” ( Schilder and Schilder 1938 ­1939: 123­ 124), representing the equivalent number of teeth in a hypothetical shell of 25 mm in length. The transformation is the following:

Etymology: The epithet gravida   is a noun in apposition, derived from the Portuguese, meaning pregnant, alluding to the inflated shell of the holotype. I dedicate this species to my wife, Heather, who was pregnant with our daughter Olivia when I first became convinced that this was an undescribed species. 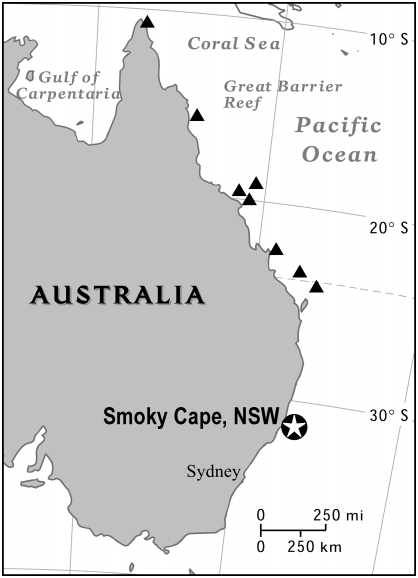 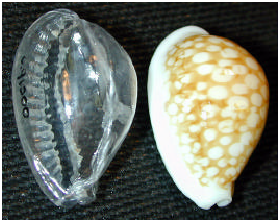 Figure 28. Holotype of C. gravida sp. nov. and its cast made of clear nail polish, used to protect the glossy exterior surface of the shell against the slightly etching buffer used during in situ digestion of the dried tissue in the shell (Moretzsohn and de Couet, in prep.). After the digestion is complete, the polish coat is peeled away, and if done carefully, a perfect cast of the shell can be obtained. Note that the polish removed the China ink used to write the catalog number on the shell labrum. The cast was also returned to the Australian Museum, and now is part of the lot AMS C. 91000. 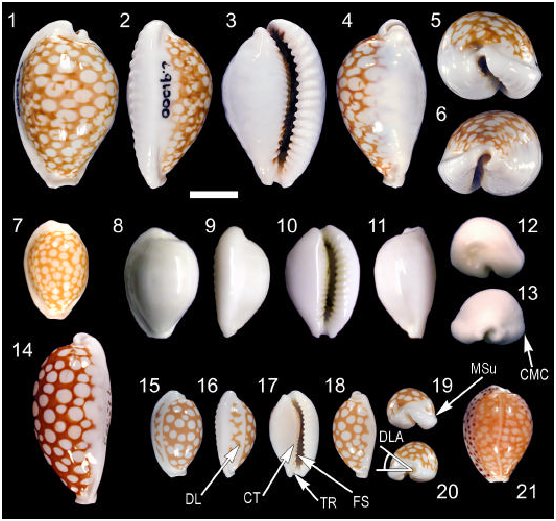 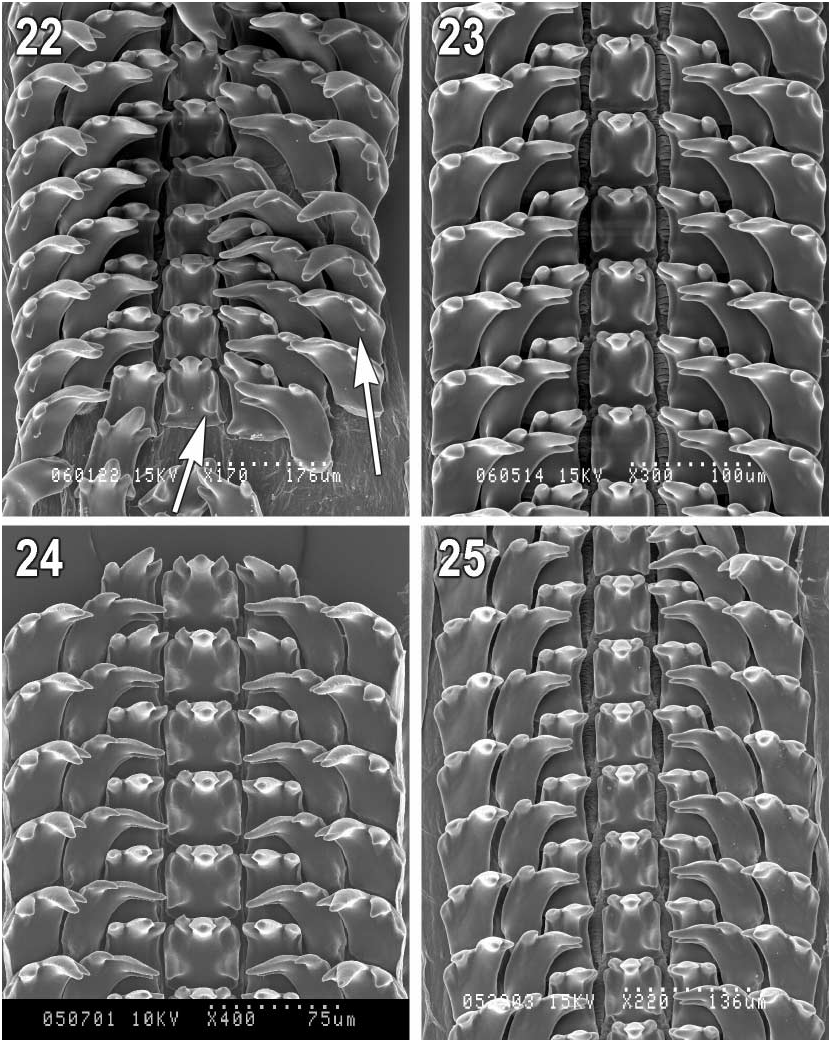