Diagnosis. In the shape, color and pattern of forewing this new species is similar to T. sericea ; it differs from the latter by a redder tint and prominent antemedial fascia, filled between borderlines with white. In the male genitalia it differs from T. sericea by the short, abrupt harpe, bearing two basal teeth.

Etymology. The name “ prosericea ” refers to the close relationship of the new species with T. sericea .

Distribution and biology. The species is known only from the type locality, Nanling Mts. in Prov. Guandong, South East China. The single specimen was collected in September in montane mixed and broad-leaved forest at an elevation of ca. 1400 m. 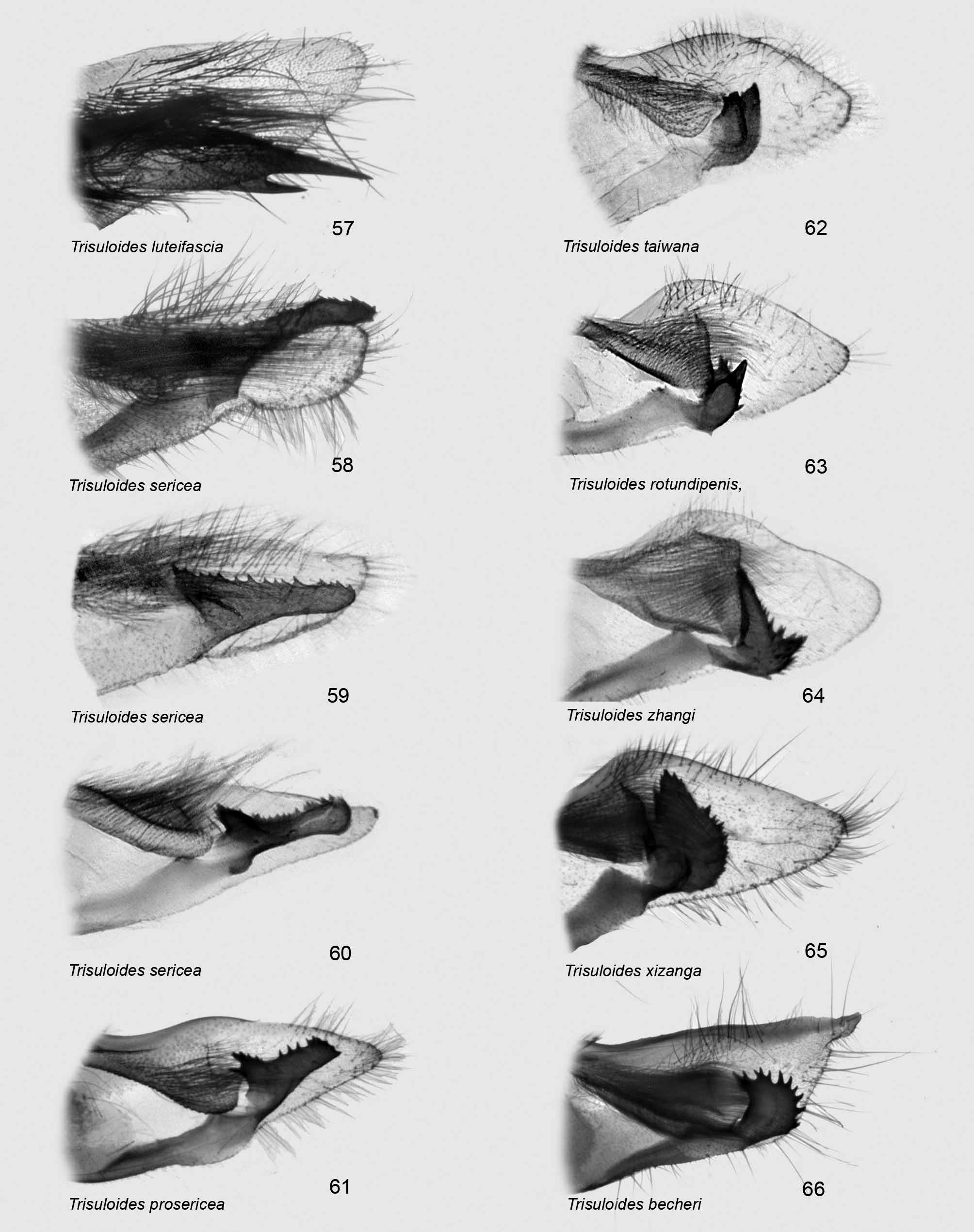