We dedicate this species to our friend Gérard Delvare for his overall contribution to the taxonomy of Chalcidoidea   .

Body length of females based on available specimens varies from 3.85 to 4.07 mm.

Host unknown. This species was reared from Phragmites australis   in northwest Iran. Species of Chloropidae   are its most likely host.

Only known from Iran.

The female is closely related to females of Stenomalina rossiliensis Graham, 1986   and S. liparae (Giraud, 1863)   also reared from Phragmites australis   , and may be separated by the following key:

Key to species of Stenomalina   associated with Phragmites australis

Stenomalina delvarei Lotfalizadeh & Rasplus   sp. nov. shares the following characters with S. rossiliensis   : elongate funicular segments (more than 1.3 × as long as wide) and the sculpture of the propodeum, with an inverted Y-shaped median carina. Considering some morphological characters mentioned by Graham & Claridge (1965), this species is similar to Stenomalina liparae   and shares the following characters: malar space slightly more than ½ as long as eye; elongate funicular segments; temple converging slightly behind the eye dorsally, slightly more than ⅓ as long as eyes; lanceolate metasoma, relatively shorter metasoma (shorter than head + mesosoma). 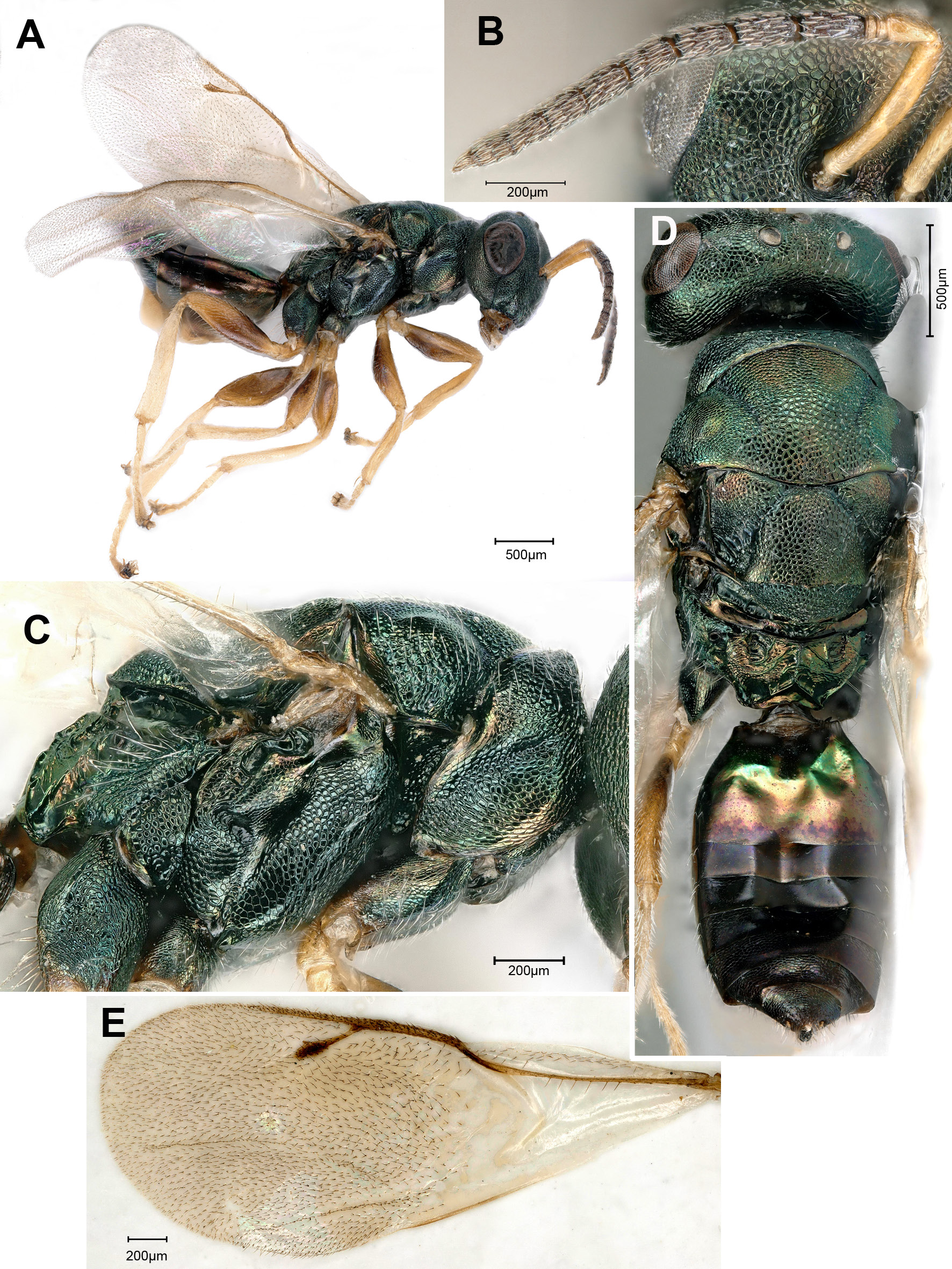 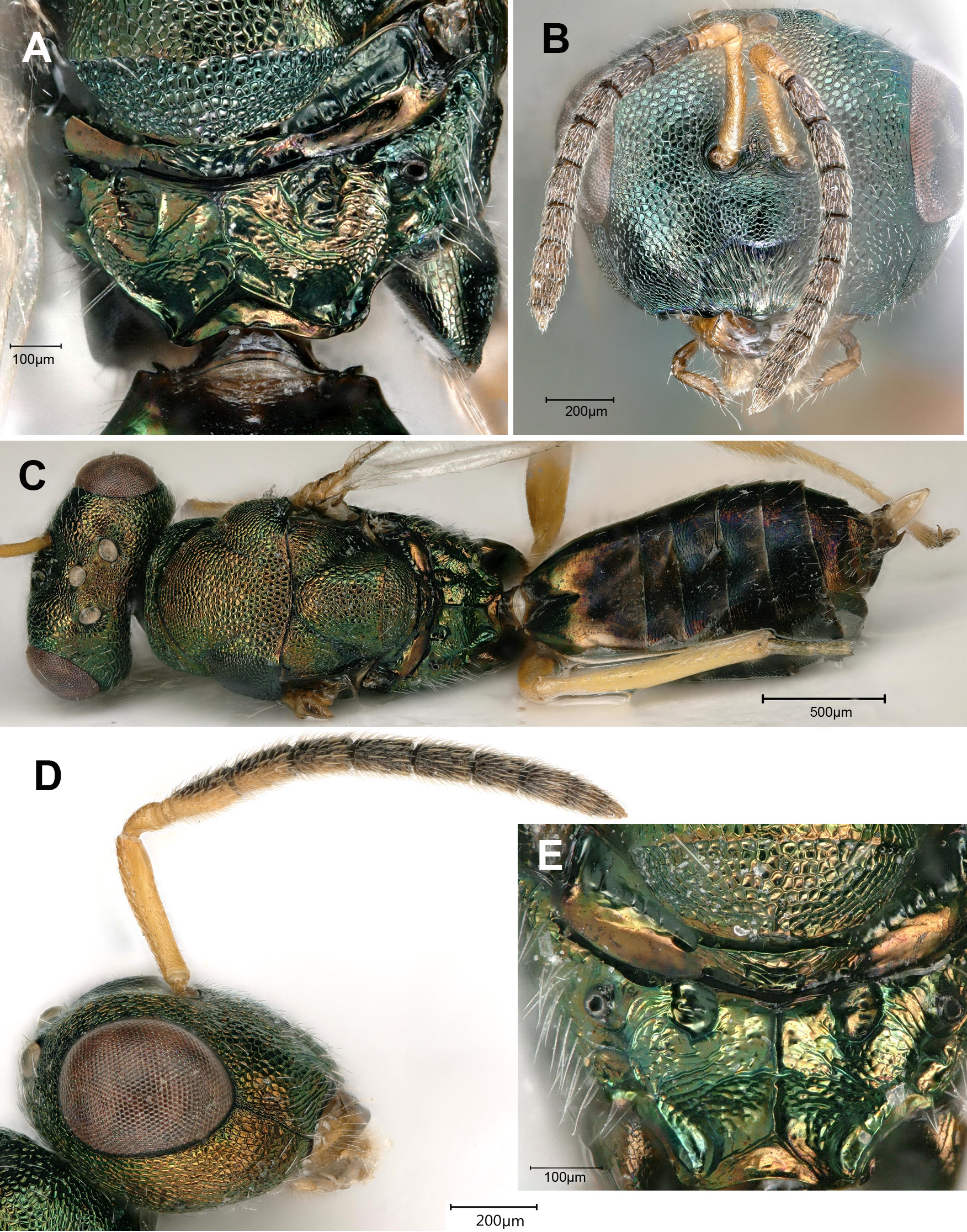 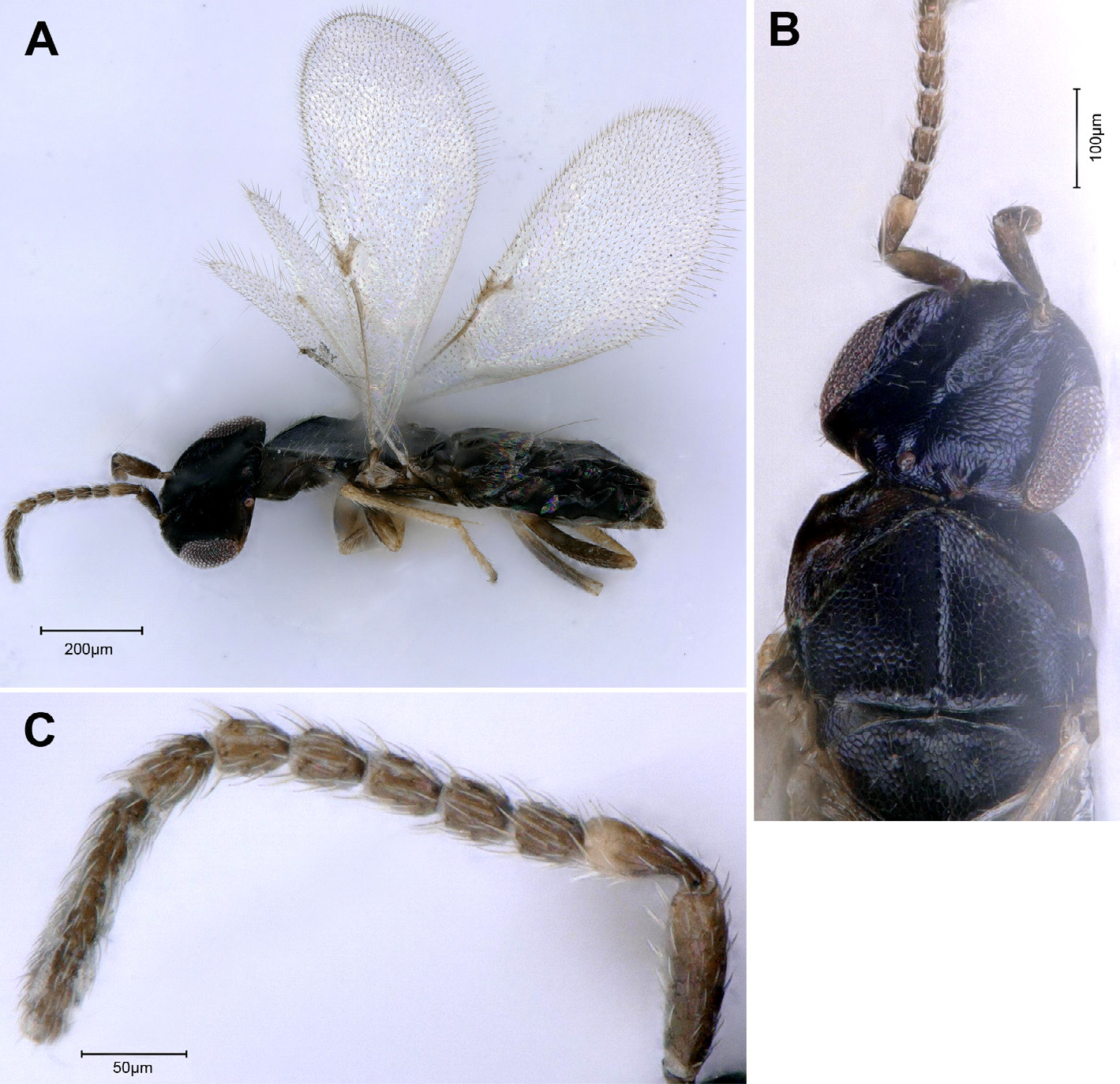 Fig. 2. Asitus sp. A. Male in lateral view. B. Head and mesosoma in dorsal view. C. Antenna of female.