This species is named after the ancient name of Iran ( Persia).

MESOSOMA. In dorsal view 1.47 ×as long as broad, mesosomal length:120, width: 75, height: 65. Pronotum 3.2× as broad as long (62:19); mesoscutum 1.1× as broad as long (85:75), dull, finely reticulate, with long white setae. Notauli incomplete, reaching to about half length of mesoscutum, with reticulations on lateral lobes of mesoscutum finer medially. Scutellum slightly shorter than mesoscutum (84:98) and about as wide as long, moderately convex, frenal line absent, but frenal area with finer reticulation than rest of scutellum, with normal pilosity. Upper mesepimeron smooth. Metapleuron and dorsellum uniformly reticulate. Propodeum 0.57 × as long as scutellum (48:84), uniformly reticulate except two small depressions near its anterior margin submedially, spiracle oval and separated from metanotum by its lesser diameter.

Smaller than female. Scape and pedicel usually yellowish-brown, exceeding level of vertex by slightly less than one quarter scape length ( Fig. 14B View Fig ); funicular segments long and thin, with uniform width, covered with whorls of long and dense setae; pedicel plus flagellum 0.74 × head plus mesosoma; proximal funicular segments usually not widened distally, F1–7 gradually decreasing in length, each segment with more than one row of placoid sensilla.

Host unknown. This species was reared from Phragmites australis   in northwest Iran. Within the reared phytophagous insects, Chilo phragmitella (Hübner, 1810)   ( Lepidoptera   : Crambidae   ) is its most likely host.

Only known from Iran.

The species closely resembles N. tenuicornis Bouček, 1970   known from Europe, Africa and China. It mainly differs in body size and coloration, and some antennal characters. Detailed diagnostic features of both species are provided in Table 3.

The male of this species is similar to that of the genus Gugolzia Delucchi & Steffan, 1956   in having the antennae inserted far above the center of the face, but the distinct antennal spicula of N. persicus Lotfalizadeh & Rasplus   sp. nov. (less visible in Fig. 14C View Fig , due to whorls of long and dense setae) runs it to the group of pteromalids with spiculated antennae that males in the genus Gugolzia   miss. In addition, the 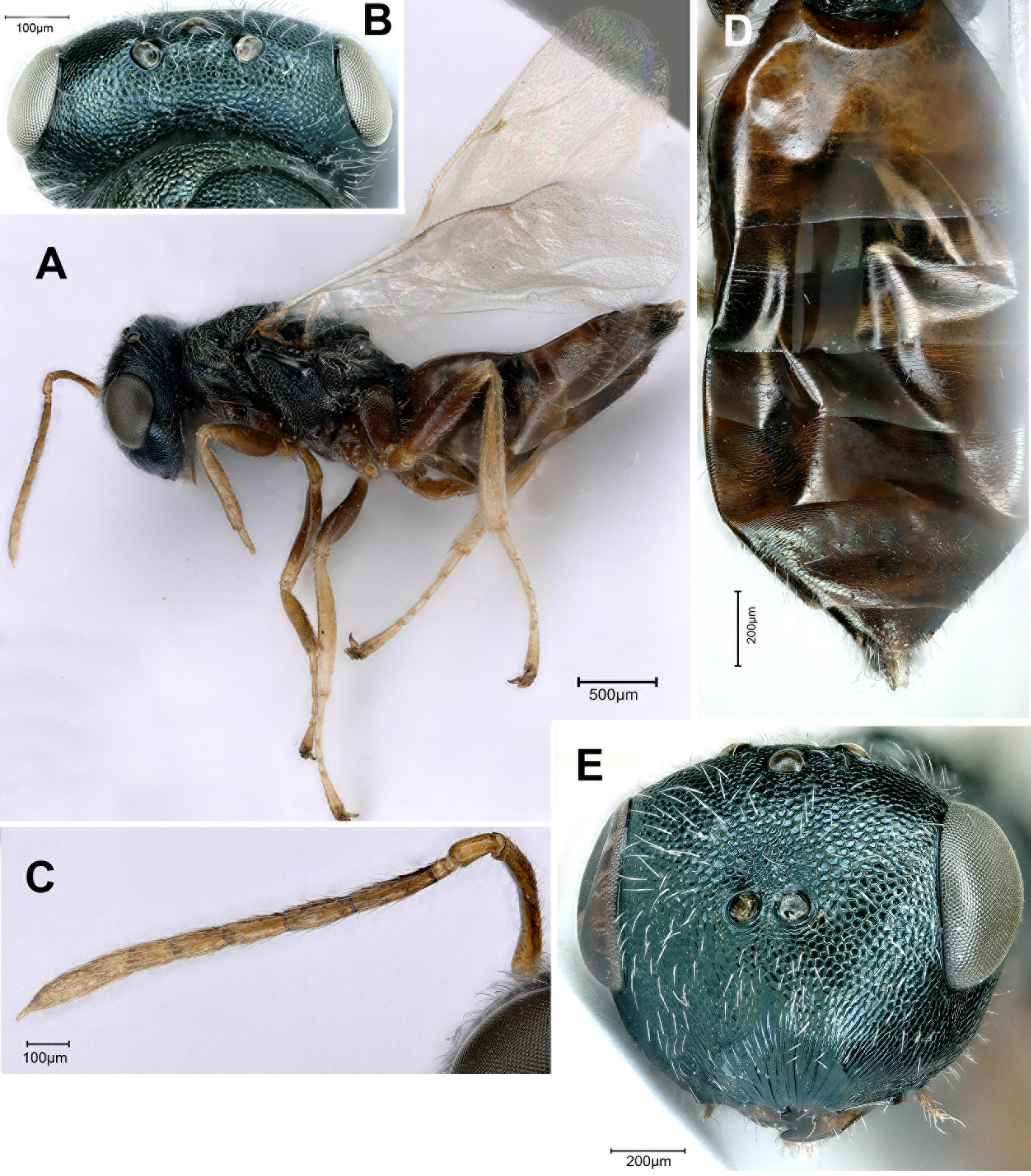 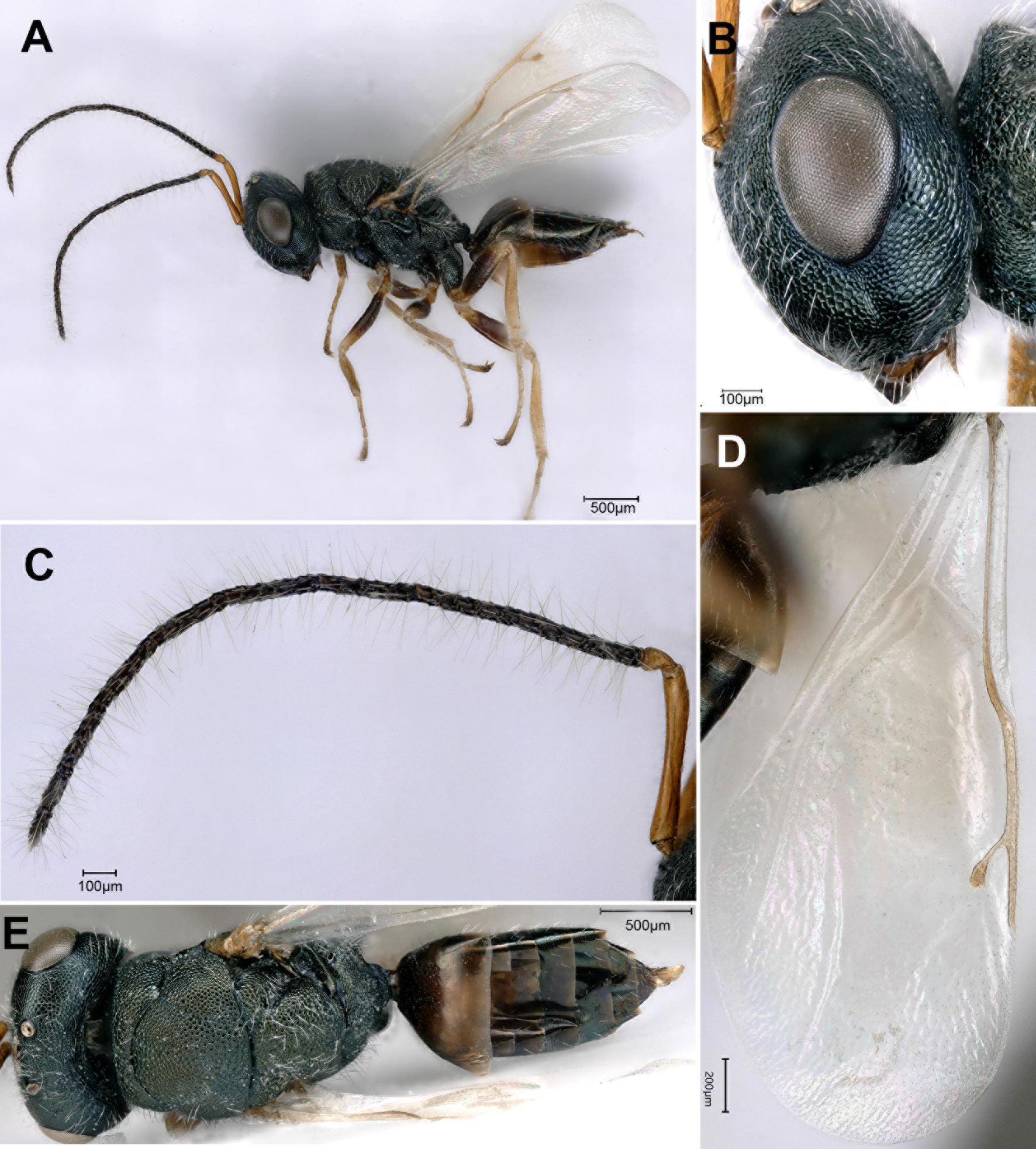 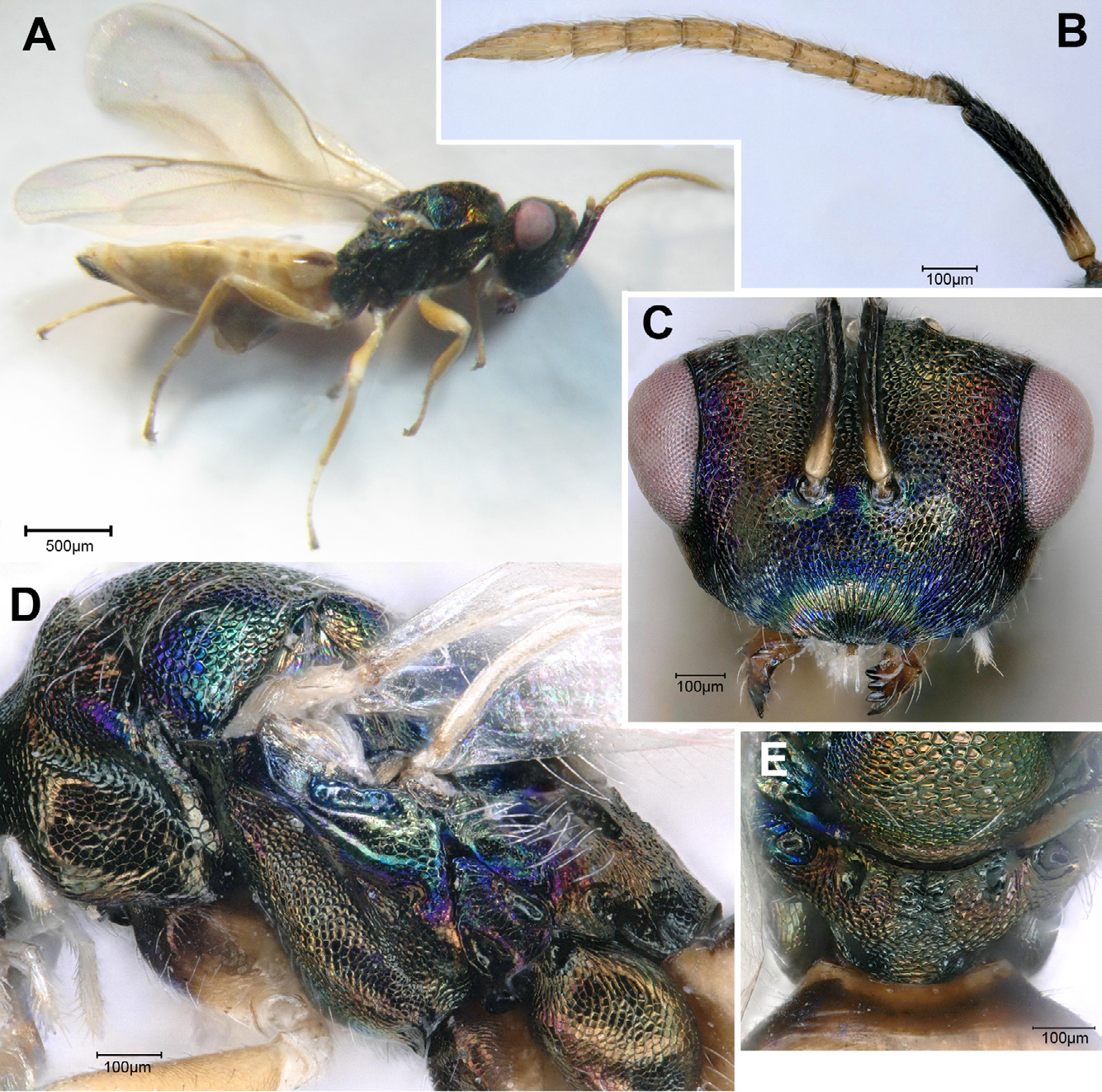