STRUCTURE. Head in dorsal view ( Figs 26−28 View Figs 26–34 ): moderately produced anteriorly, anterior margin rounded, median length of crown slightly more than 4/10 of interocular width and almost 3/10 of transocular width. Other features of head and thorax much as in T. diminuta sp. nov. and in the description of the genus by Young (1968: 166).

Our identification of T. dentalis is based on a comparison of our male specimen from the State of Mato Grosso do Sul with the original description and illustrations by Emmrich (1988). This is the first record of T. dentalis from Brazil. This species, described based on a single male from Paraguay and also recorded from Argentina ( Dellapé 2016), can be recognized by the combination of features provided in the diagnosis. Our comparative studies on species of Tretogonia suggest that T. dentalis could be a junior synonym of T. lateritia (Taschenberg, 1884) . The color pattern of the female holotype of the latter species, described from “Paraná” and deposited at the Martin-Luther-Universität (Halle-Wittenberg, Germany), is quite similar to that of our male specimen (see digital image of the holotype in Wilson et al. 2009). However, we refrain from proposing a new synonym at this time because the taxonomy of Tretogonia is currently based mainly on features of the male terminalia (see Young 1968). Also, we do not have at hand a female specimen for comparison with the holotype of T. lateritia . 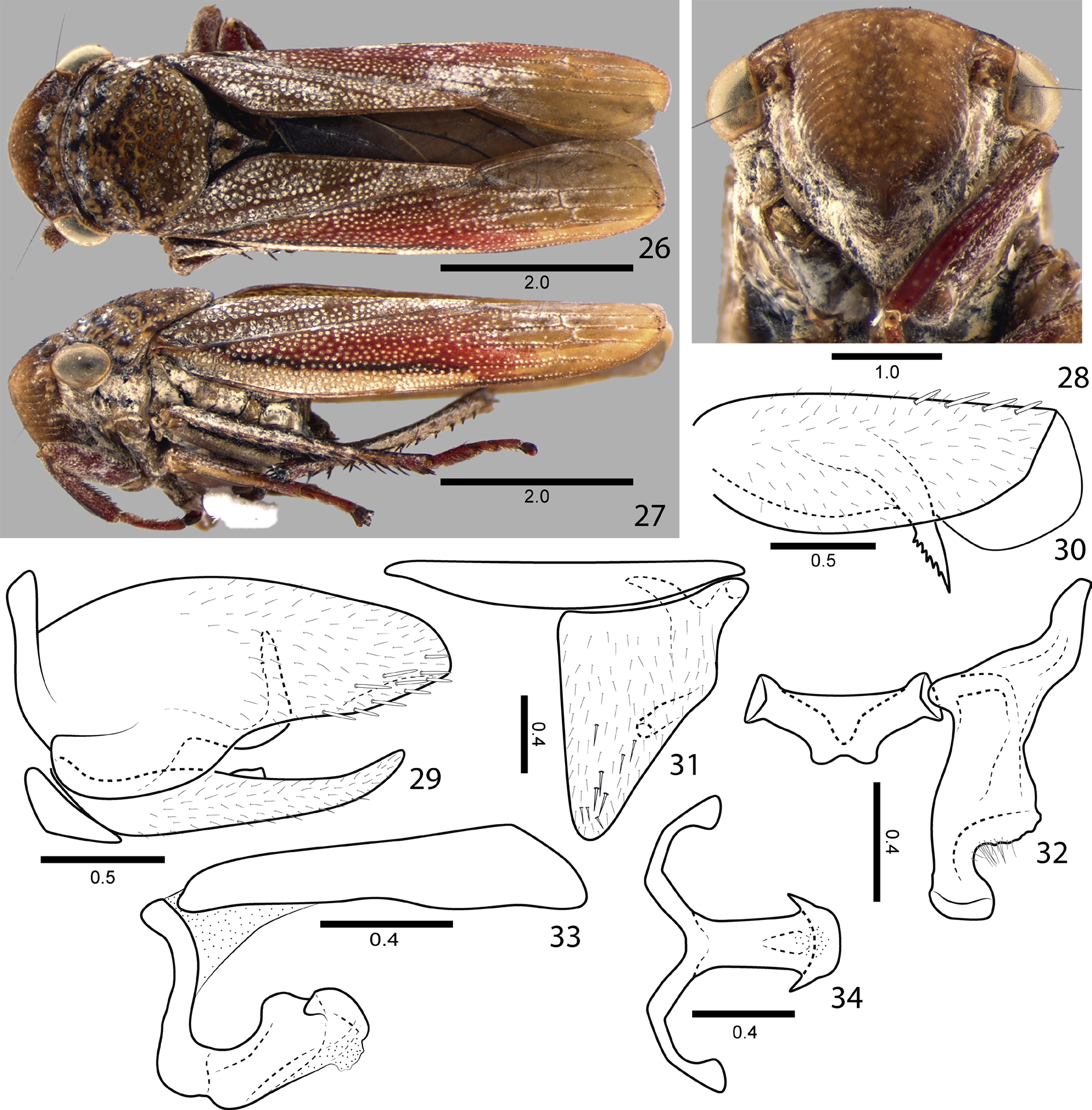