As discussed under M. albolineata , Mortoniella latispina belongs to a group of closely related species, including M. dolonis , n. sp.; M. teutona ; and M. albolineata . All of these species have the character combination of inferior appendages with a distinct, asymmetrical mesal process, dorsal phallic spine with a depressed, apically rounded, spatulate apex, and endophallic membrane with membranous lobes. It is most similar to M. teutona ; in both species the ventral endophallic spine is relatively short and curved and the paramere appendages are somewhat widened preapically. The endophallic spine is much more prominent in the other 2 species of this group and both of these species have paramere appendages that are uniform in width throughout their length. Mortoniella latispina differs from M. teutona in several details, the most diagnostic of which is a dorsal phallic spine that is distinctly widened at the point of inflection, as viewed dorsally. This also distinguishes M. latispina from M. albolineata and M. dolonis . The major flexion of this spine is also more apical than in M. teutona . Other differences include a slightly wider mesal excavation of tergum X, appearing more U-shaped than V-shaped, and differences in the structure of the membranous lobes of the endophallic membrane. In M. latispina the dorsal lobe, which parallels the dorsal phallic spine, is short, rather than elongate, and the lateral lobe is not subdivided and is also distinctly sclerotized. However, this is only likely to be evident in specimens in which this structure is expanded.

Etymology. This species is named M. latispina, Latin for wide spine, in reference to the widened dorsal phallic spine of the male, which helps to distinguish this species from its closely related congeners. 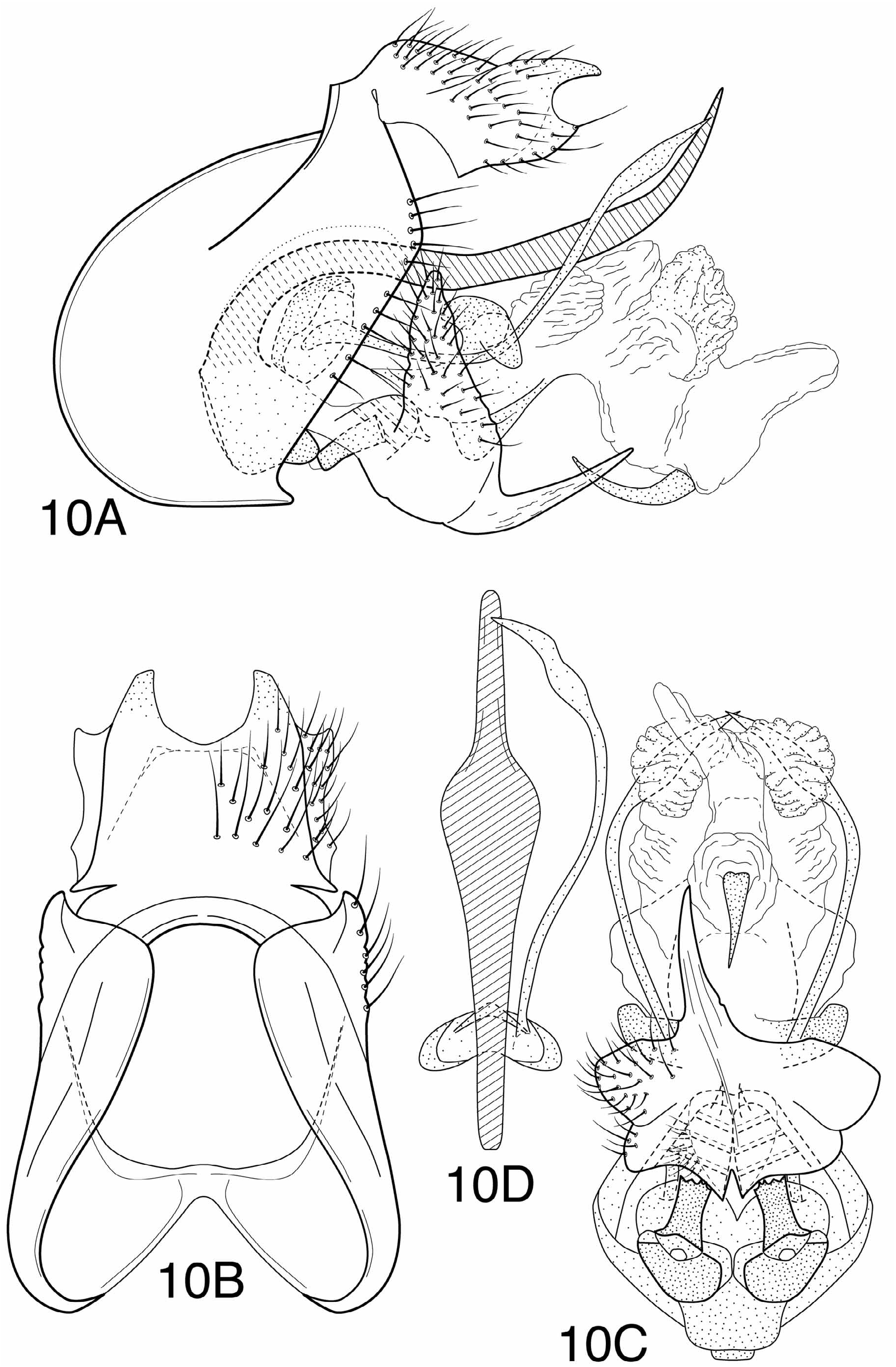