Range. Newfoundland south to Florida, west to British Columbia, Oregon and Texas (Anderson & Peck 1985, Peck & Kaulbars 1987); possibly in northern Mexico (Peck & Anderson 1985). The stated type locality, “ America meridionali   ”, and the species-group name suggests that this species occurs in South America   , but this was discounted by Peck and Anderson (1985) who suggest that it ranges no further south than possibly the extreme northern areas of Mexico along the Texas border.

Seasonality in Texas. See Fig. 32 View FIGURES 31 – 36 . Adults of this species have been collected in Texas in almost every month of the year. The adult seasonality profile of this species (based on 204 occurrence records: Appendix I) is unimodal, with a large peak in spring.

Biological notes. Anderson and Peck (1985) report that adults are nocturnal and found mostly on large carcasses. In Nebraska this species has shown a strong preference for marshy and forested areas (Ratcliffe 1996). According to Lingafelter (1995), this species prefers mostly open and sandy areas in Kansas. 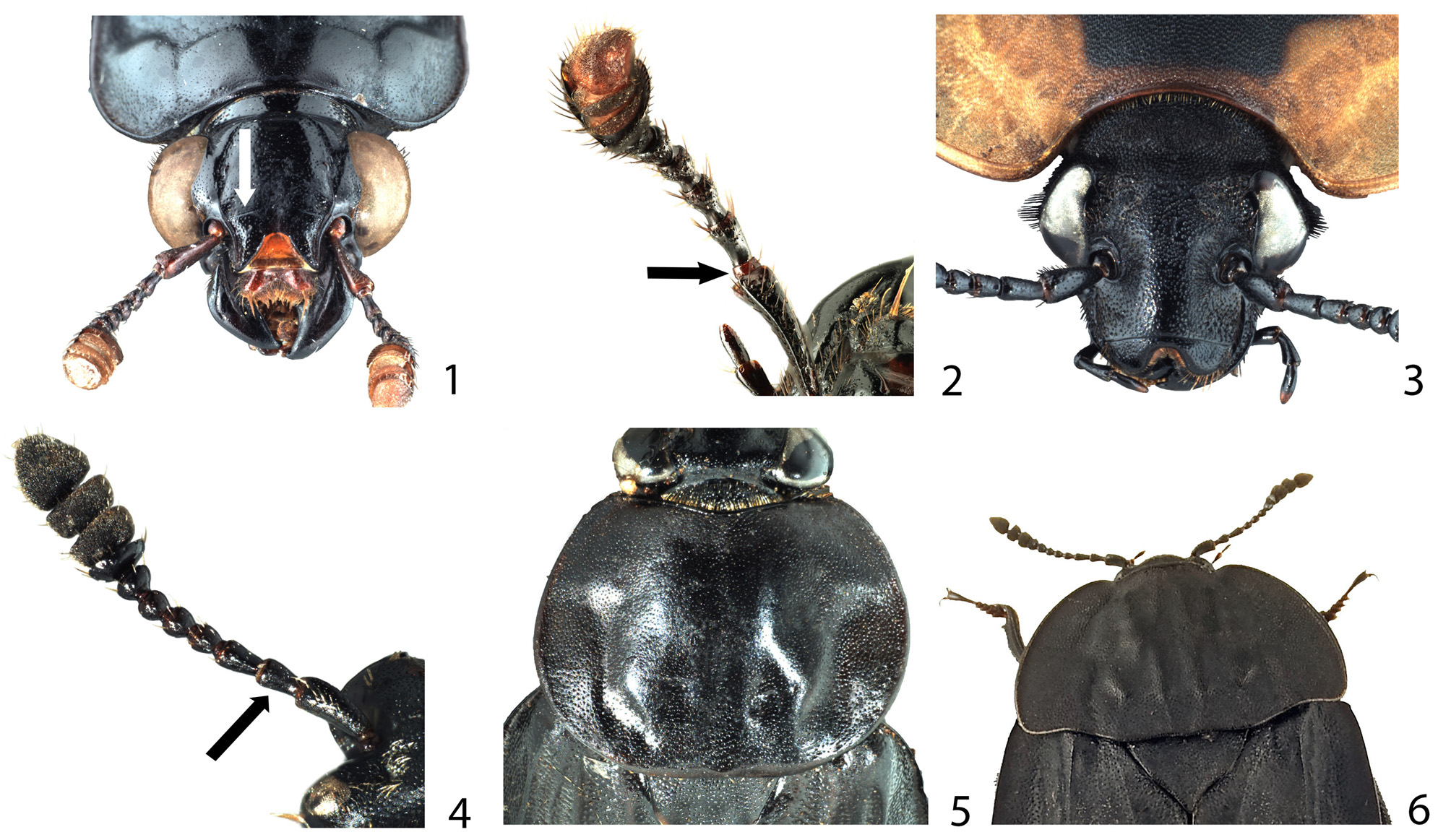 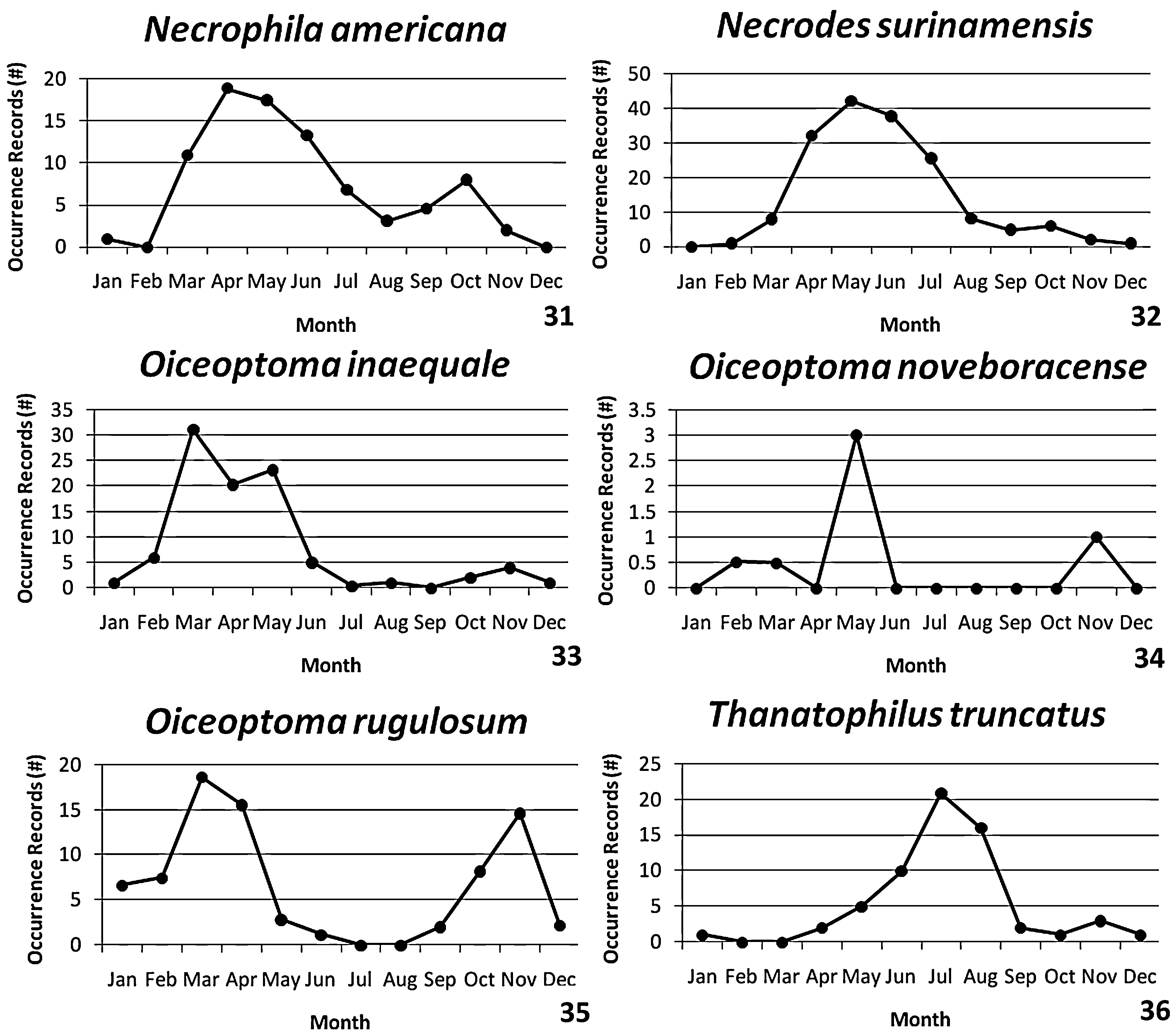 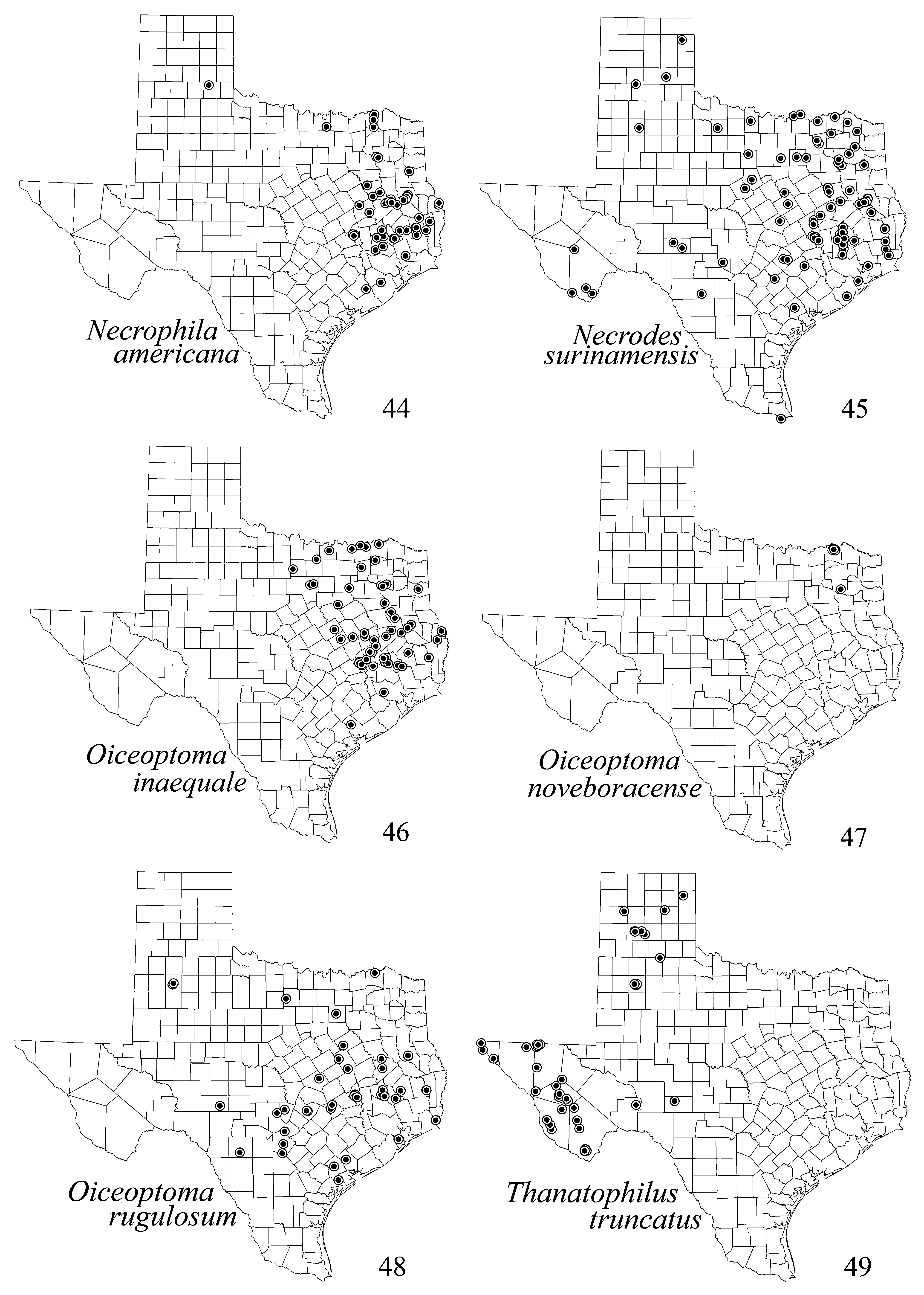