Variability. The specimens of type series vary in coloration, especially infuscation of head, pronotum and elytra. In one extreme, dark area on elytra is reduced to single narrow oval spot along suture; in the other extreme, the blackish sutural spot is extended laterally and connected with subbasal spot, usually confluent to subbasal dark transverse band. Females vary in extent of elytral striolation.

Differential diagnosis. Based on the presence of six dorsal striae and a submarginal elytral stria, the new species can be classified within Copelatus irinus   group sensu Guignot (1961). This largely heterogeneous group contains 106 species altogether, occurring in all zoogeographical regions ( Nilsson & Hájek 2018).

The characteristic shape of the median lobe with two 'teeth' on the ventral side ( Fig. 23 View FIGURES 23–30 ) places the new species close to Copelatus brivioi Rocchi, 1976   from Bangladesh, C. schereri Wewalka, 1981   , from southern India, and Malayan C. latipes Sharp, 1882   . Although Copelatus bezdeki   sp. nov. differs from C. brivioi   and C. latipes   by the extended yellow coloration of elytra, and from the latter species also by the complete elytral stria 1 (stria 1 present only in apical fourth of elytra in C. latipes   ), certain identification of the new species is only possible based on the shape of male genitalia: in C. bezdeki   sp. nov., the apical third of median lobe is almost straight on the dorsal side with the apex distinctly dorsally bent, while the apical third is almost regularly sinuous throughout in all other species mentioned above.

Etymology. The new species is dedicated to Jan Bezděk (Mendel University, Brno, Czech Republic), a specialist on Chrysomelidae   , who collected part of the type material. The name is a noun in the genitive case.

Collecting circumstances. The species was found in temporary water bodies with algal growth, and rock and mud substrate. The physicochemical parameters of the water body were as follows: pH 8, temperature 30 0C and salinity 522 ppm. 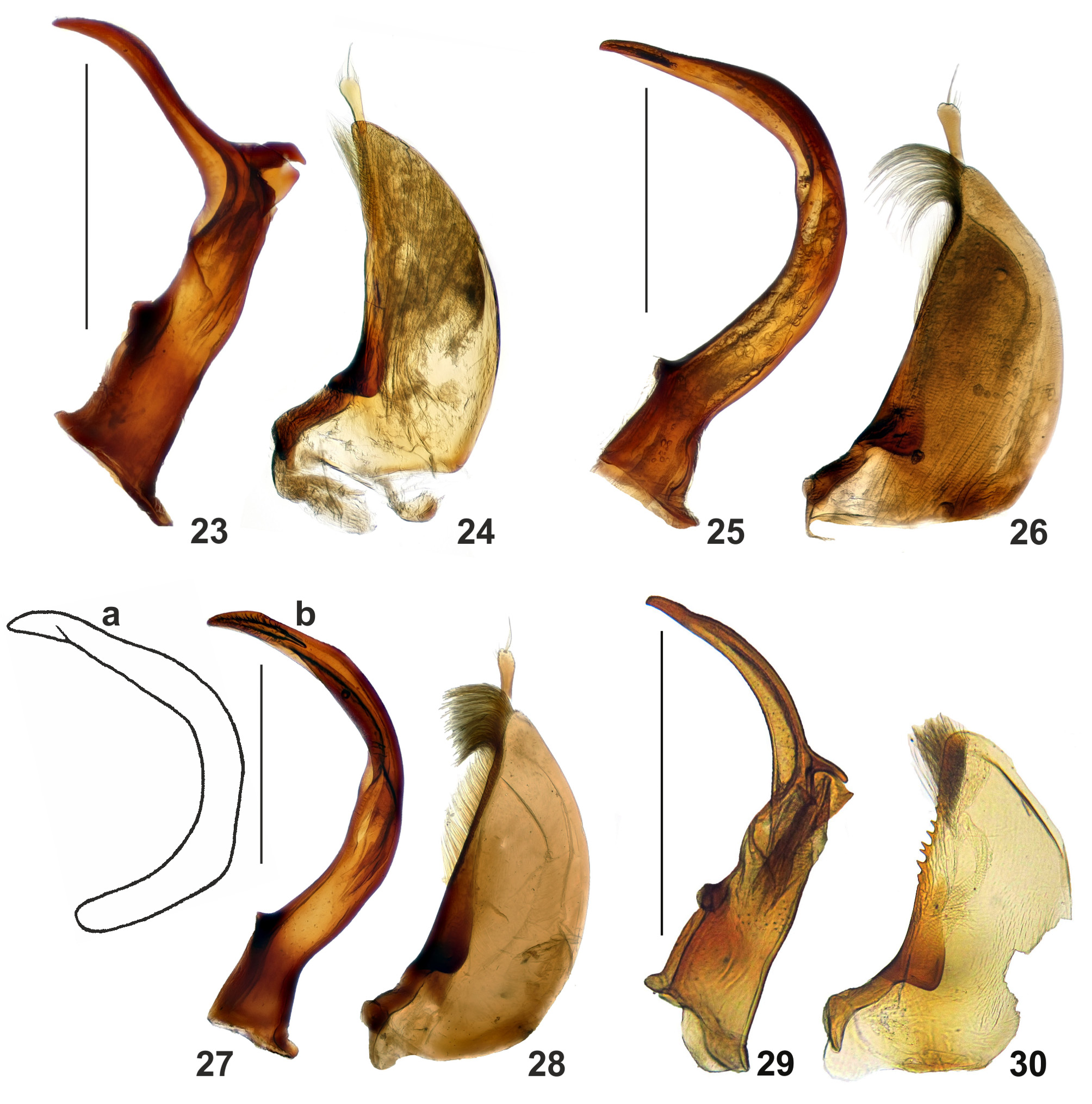