Etymology. Named for Benjamin (Solly) Singer, of Rehovot, Israel, the collector of the type material, for his continuing contributions to Red Sea malacology and in recognition of his service to the malacological community at large, particularly that of Israel.

Differential diagnosis. Sukashitrochus dorbignyi (Audouin, 1826)   and Suk. tricarinatus (Yaron, 1983) from the Red Sea share the closed foramen, but show distinct spiral keels on the base. Scissurella rota Yaron, 1983   from the Red Sea has an open slit, fewer spirals on the base that form pronounced hollow points at the intersection whith the axials, and has a protoconch with fine axial sculpture. Scissurella reticulata Philippi, 1853   and Sci. sudanica   Bandel, 1998 have an open slit, a less pronounced constriction below the selenizone, and a protoconch with fine axial sculpture. The species is superficially most similar to Sci. hoernesi Semper, 1865 from the Indo­Malayan Archipelago, which however has an open slit and stronger axial sculpture on the shoulder that maintains its strength on teleoconch I and II. 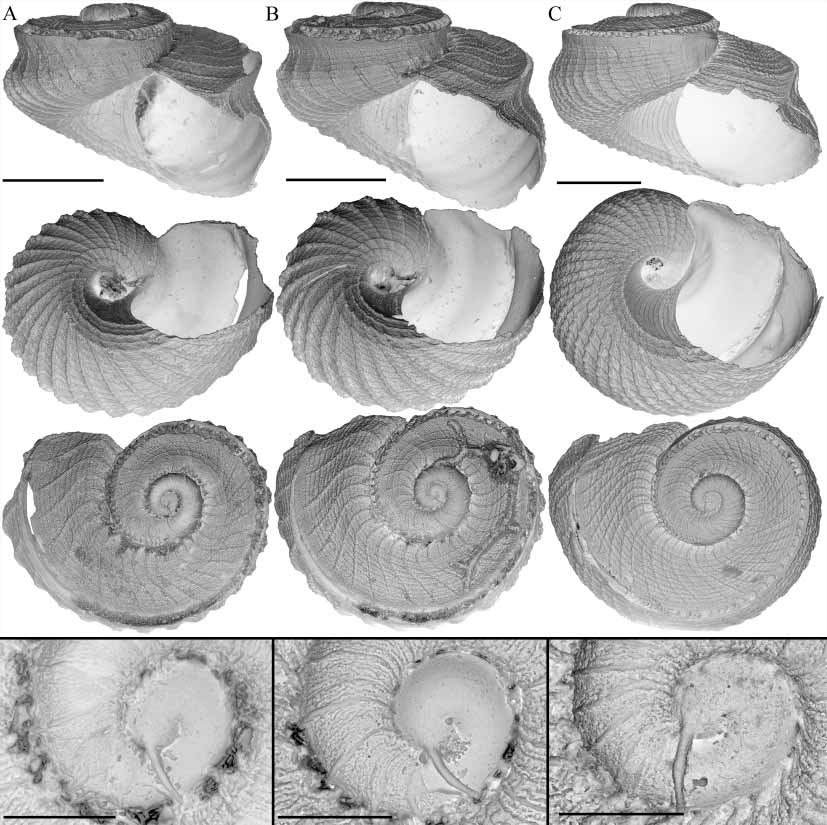 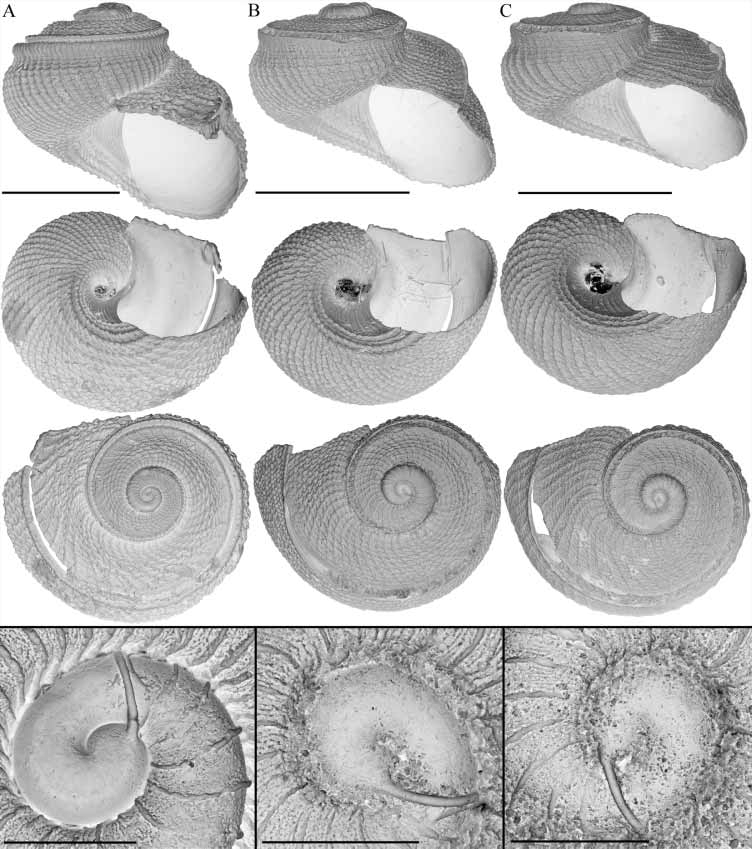